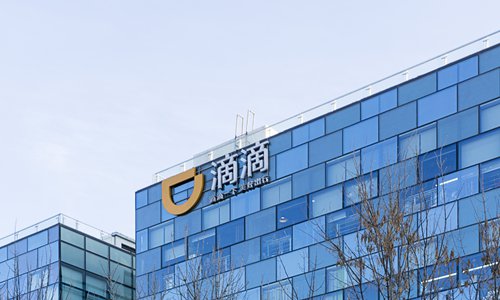 China's biggest ride-hailing company Didi Chuxing has recently launched a service by drivers who are members of the Communist Party of China. Customers praise the move and note that the new services could make passengers feel safer.

Passengers in Beijing said they have noticed some new signs on their Didi drivers' profiles, in which the drivers' pictures have Party emblems on them with red backgrounds. The profile further notes that these drivers are Party members, according to Didi's official Wechat account.

These Party member drivers were identified through Didi's project named "red flag steering wheel" which aimed to help drivers who do not work in offices learn new policies, and improve their service levels to offer safer and more comfortable services to passengers.

According to Didi, the company has set up mobile Party branches in Beijing, Shanghai, Shenzhen and other cities, and will expand the organizations to more cities to give full play to Party members' exemplary roles.

"It is like a security assurance if the drivers are Party members," said a Beijing-based female white-collar worker, surnamed Shi, who often uses ride-hailing services after night shifts.

Not only with Party members, but other detailed identity labeling could also help improve customers' sense of trust, given that in the past passengers were hurt by drivers who had inadequate identity inspections, Shi said, adding that ride-hailing companies have the responsibility to conduct thorough background investigations on their drivers.

A female airlines staff in Zhengzhou, Central China's Henan Province, was killed during the night on her way downtown in May 2018, and the suspect was later confirmed as a Didi driver, according to media reports.

Didi also disclosed a blacklist consisting of 36 passengers and 27 drivers on September 5 for behaviors including false complaints, luring passengers and cancelling orders.