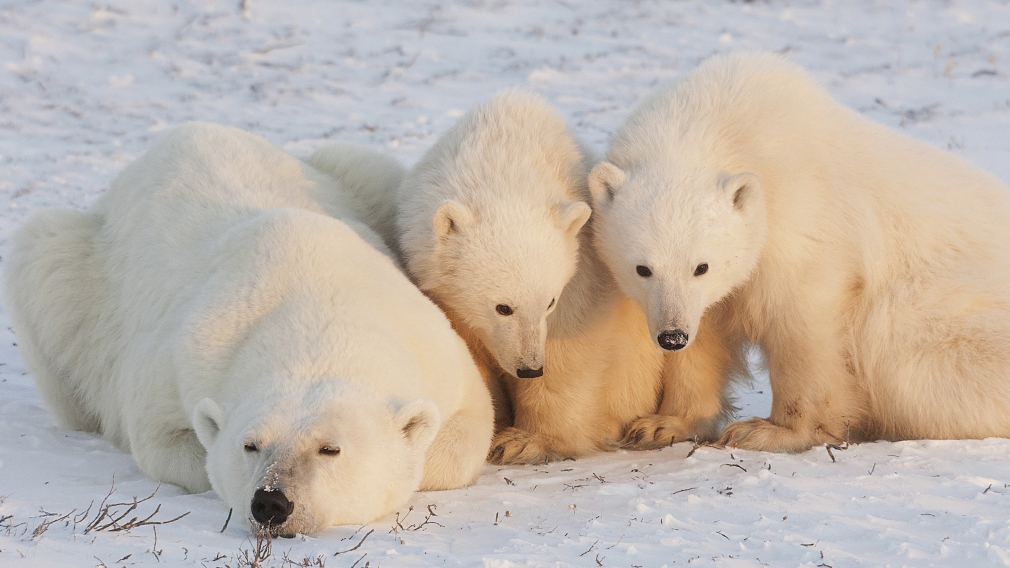 Chinese scientists got inspiration from the hair of polar bears to develop a lightweight, stretchy heat insulation material that can be applied in the architecture and aerospace sectors in the future.

The study published on Thursday in the journal Chem has shown that the insulator has a similar structure to polar bear hair, which is hollow inside.

Under the microscope, polar bear hair has a long, cylindrical cavity through its center that allows the bear to retain a remarkable amount of heat, according to the study.

Scientists led by Yu Shuhong, a chemistry professor at the University of Science and Technology of China, produced a spaghetti-like aerogel block with millions of hollowed-out carbon tubes, each equivalent to a single strand of hair.

"Polar bear hair has been evolutionarily optimized to help prevent heat loss in cold and humid conditions, which makes it an excellent model for a synthetic heat insulator," said Yu, the paper's co-senior author.

The heat conductivity of the material is even lower than that of dry air, since the air inside the tiny cavity, only 35 nanometers in its inner diameter, can hardly transfer heat, according to the study.

Also, the minimum density of the material is only 8 kilograms per cubic meter, lighter than the majority of current heat insulators.

The new material was extraordinarily elastic, and it could maintain its structure after one million compress-release cycles at a 30-percent strain, according to the study.

The research team is working to overcome the obstacle to build those insulators on the meter scale.