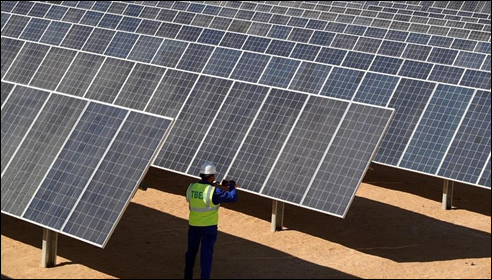 Chinese scientists have developed a high-voltage sodium-ion battery with a higher energy density and longer life cycle, assisted by aqueous electrolytes, according to a recent study published in the journal Advanced Materials.

The aqueous sodium-ion battery, regarded as an ideal static energy storage technology, has unique advantages owing to the abundant sodium resource reserve and the high safety of aqueous electrolytes.

The new type of electrolytes with ultra-high salt concentration were developed by researchers from the Institute of Physics under the Chinese Academy of Sciences.

Compared with the traditional aqueous sodium-ion electrolytes, which provide less than 2 volts, this electrolyte is designed to provide a higher output voltage up to 3.3 volts.

The electrolytes effectively suppress the dissolution of electrode materials during the cycle process. The cation and anion in these electrolytes interact very weakly, contributing to high ionic conductivity, despite heir ultra-high concentration of salt.

The battery showed a remarkable electrochemical performance with capacity retention up to 90 percent after 1,600 hours of charge and discharge, according to the paper.