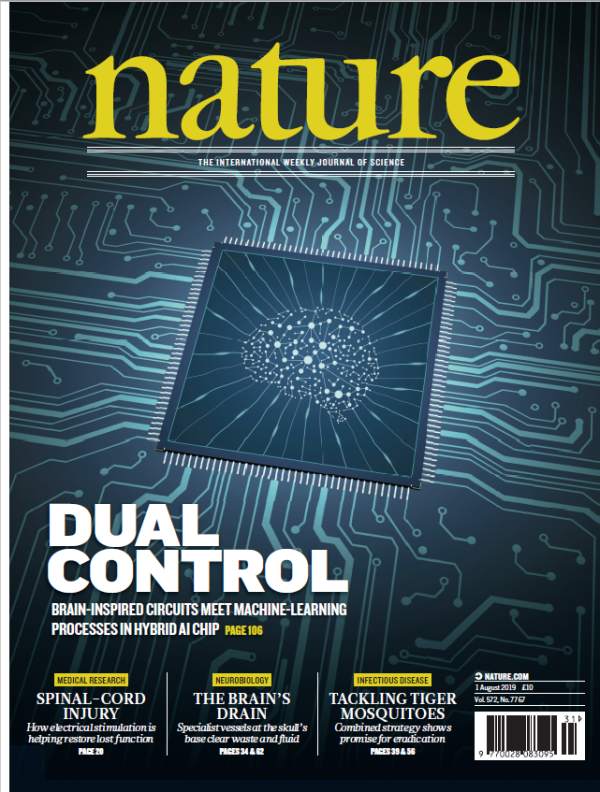 BEIJING - Chinese scientists have successfully developed a ground-breaking electronic chip and incorporated it into a riderless autonomous bicycle.

The bicycle can detect and track targets, avoid obstacles, self-balance, understand voice commands and even make independent decisions as a result of the chip's simultaneous processing of versatile algorithms and models.

The research achievement, conducted by Shi Luping and his colleagues at the Center for Brain Inspired Computing Research of Tsinghua University, was published as the cover story of Nature Magazine on Thursday.

According to the article, there are two main approaches to developing artificial general intelligence. One is rooted in neuroscence and attempts to construct circuits that closely mimic the brain. The other is grounded in computer science and uses computers to execute machine-learning algorithms.

Shi's Tianjic chip can integrate the two approaches into one hybrid platform, which enables it to accommodate both machine-learning algorithms and brain-inspired circuits.

The first generation of the Tianjic chip was developed in 2015, followed by the second generation in 2017. After continuous improvement, the current second-generation Tianjic chip features even higher performance with much lower power consumption.

"Compared with similar chips in the market, our chip's density is 20 percent higher, at least 10 times faster and its bandwidth has been increased by at least 100 times," Shi said.

"The Tianjic chip aims to provide a more efficient, fast and flexible computing platform for the research of artificial general intelligence, as well as the development of various applications," Shi said.