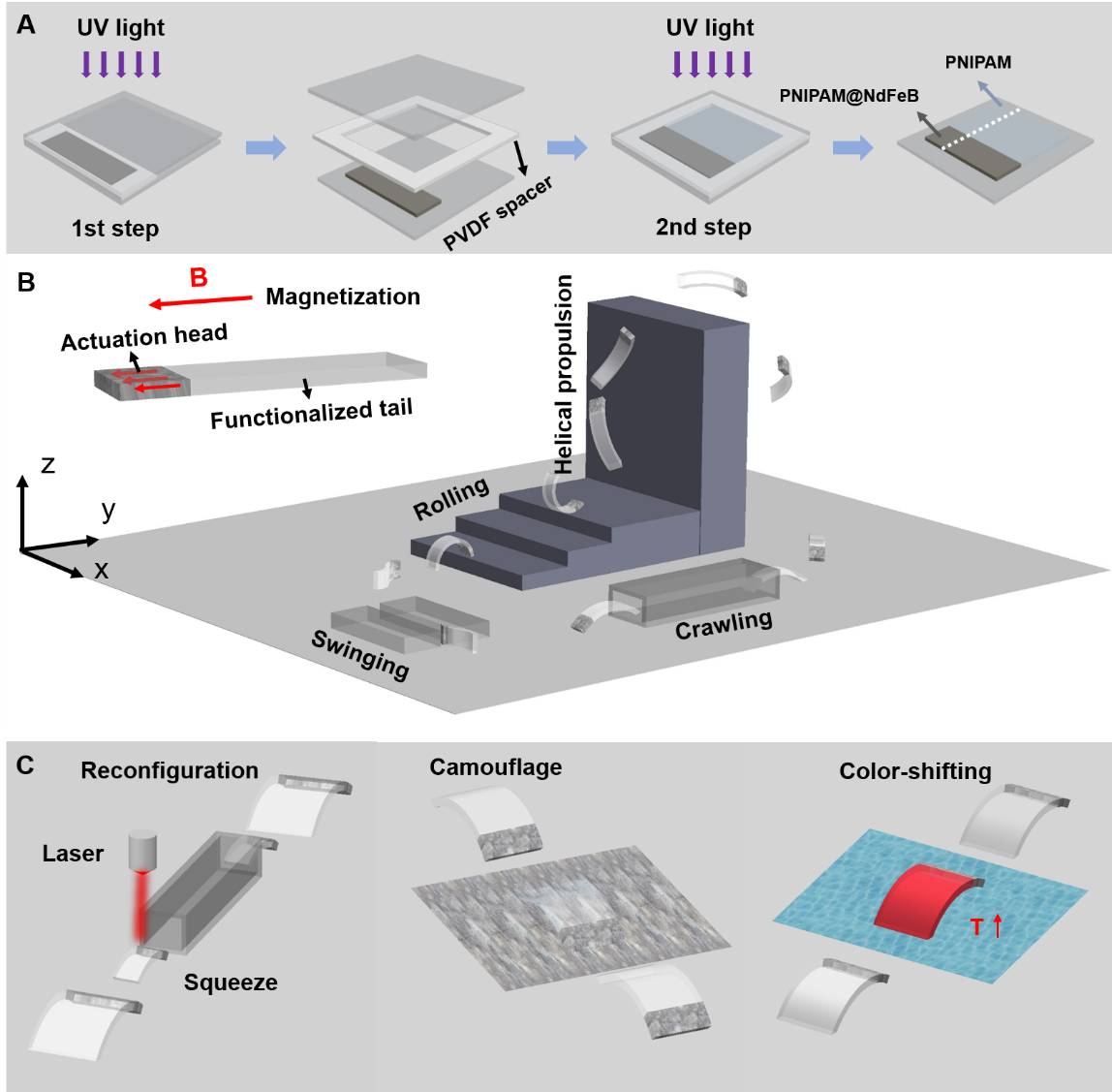 Bionic robots inspired by the way creatures interact with the environment have become an emerging topic. Scientists from the Shenzhen Institutes of Advanced Technology under the Chinese Academy of Sciences got the inspiration from octopuses and made the robot that can adjust its size during locomotion.

The robot possesses outstanding obstacle-crossing abilities including crawling within a two-mm-high tunnel and swimming through a 450-micrometer-wide channel, said Du Xuemin, the leading researcher.

The soft robot can even move through a narrow tube smaller than its own size by shrinking its body to 35 percent of its original size via near-infrared light irradiation.

Due to the high transparency of the hydrogel in its tail, the robot has the environment-adaptive ability of camouflage in water. It can also interact with changing temperatures via its color-shifting appearance, said Du.

With the bionic design and smart locomotion of the soft robot, it is expected to benefit various fields including biomedicine and environmental monitoring.

The research result has been published in the journal Advanced Functional Materials.