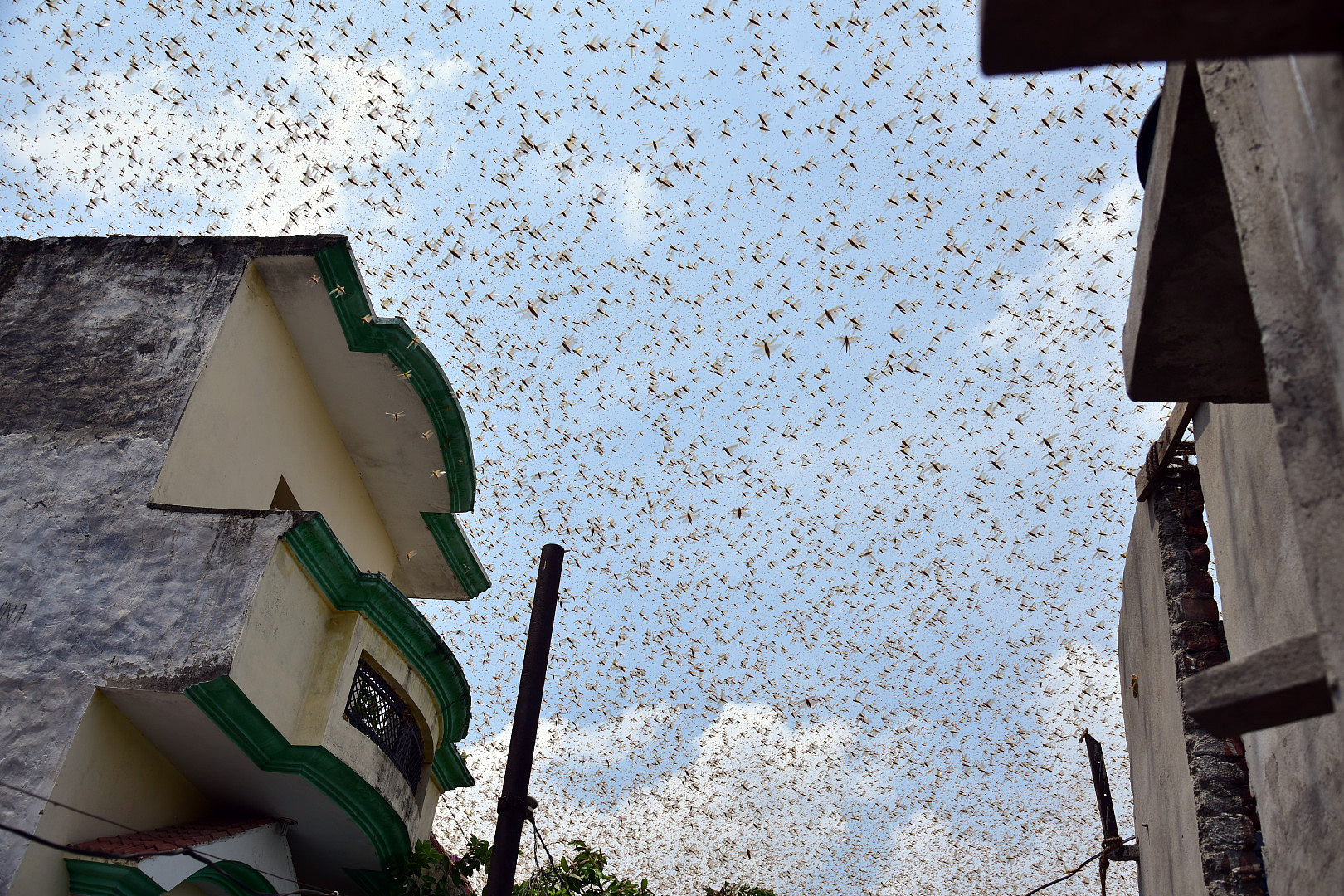 BEIJING, Aug. 17 (Xinhua) --A new study published in the journal Nature may help prevent locusts from gathering in large swarms that cause widespread damage to crops.

A research team, led by the Institute of Zoology under the Chinese Academy of Sciences, has found that a smelly compound emitted by locusts can attract the insects in the wild, forming a giant cluster.

According to the study, a compound called 4-vinylanisole or 4VA, has been identified as an aggregation pheromone that is responsible for the swarm behavior. It can be triggered by aggregation of four to five locusts, and its production increases with the population density.

The scientists also discovered that both gregarious and solitary locusts are strongly attracted to 4VA, regardless of age and sex.

Upon further testing, they found the compound could be sensed by a receptor, called the OR35 gene, on an antenna of the insect. When the scientists used gene-editing technology to eliminate the gene in locusts, the insects became incapable of responding to the compound.

Lead researcher Kang Le said the aggregation pheromone was a hard-earned discovery. "A locust has more than 100 receptors, and it has been found so far to emit 35 odorous compounds. So, our team has undertaken a huge amount of tests to find the receptor that matches the compound 4VA," Kang said.

"This finding is exciting because it indicates that a locust can be engineered to be immune to the effects of the pheromone," scientist Leslie Vosshall, also a member of the U.S. National Academy of Sciences, wrote in an accompanying article on the study.

Many countries around the world are suffering severe locust plagues this year. Current methods like aerial spraying of pesticides can harm beneficial insects and the environment.

The discovery may inspire scientists to use locust compounds to combat this threat. According to scientists, possible control measures include laying pheromone traps to lure locusts, and using gene-editing technologies to prevent locusts from sensing 4VA, thus preventing swarms.