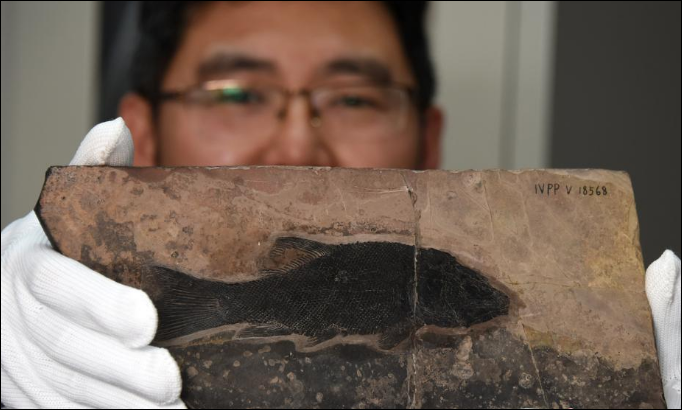 Xu Guanghui from the Chinese Academy of Sciences led a team to make the discovery and they named the new genus Yudaiichthys. They have published the discovery on the online Chinese journal Vertebrata PalAsiatica.

The fossils represent the oldest ginglymodian fish in the world. Ginglymodi are a subgroup of primitive bony fish, including living gars and their closely related fossil taxa.

Xu said that the new discovery provides evidence for understanding the early evolution of bony fish and the origins of ginglymodian fish.

The research team will conduct a comprehensive study to better reveal the phylogenetic relationship of bony fish by combining the study of fish fossils they previously found in the Yunnan-Guizhou Plateau.