BEIJING, Sept. 25 (Xinhua) -- Chinese scientists have reconstructed the descent trajectory of the Chang'e-4 lunar probe and determined its precise landing site on the far side of the moon in a move that could bolster further deep space exploration. 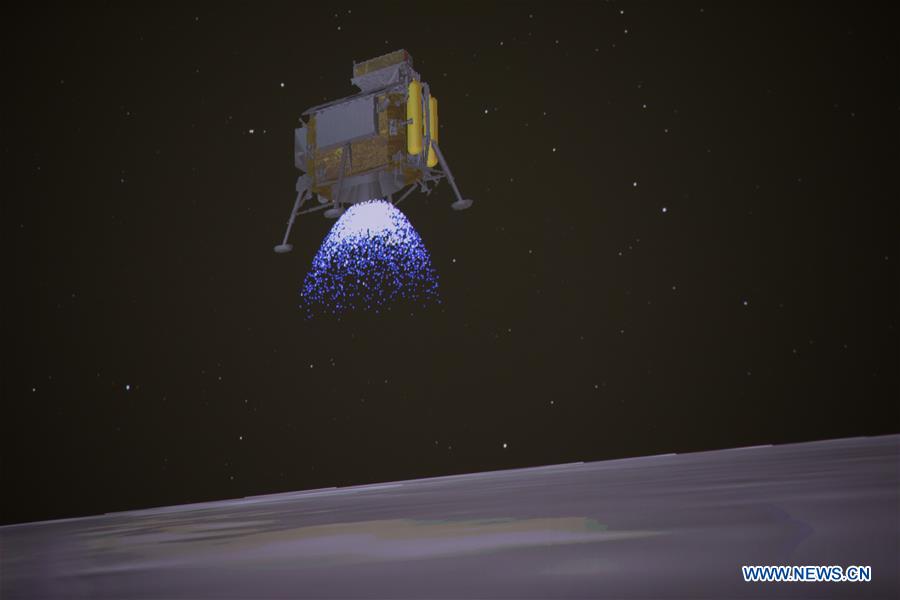 China's Chang'e-4, launched on Dec. 8, 2018, made the first-ever soft landing on the moon's far side in the Von Karman Crater in the South Pole-Aitken on Jan. 3.

Using high-resolution topographic data obtained by the Chang'e-2 lunar probe and images taken by Chang'e-4 during its descent and exploration, researchers reconstructed the landing process including how it avoided obstacles autonomously.

"Chang'e-4 landed on a gentle slope of a degraded impact crater, and is surrounded by five impact craters. It's only 8.35 meters from the rim of a crater with a diameter of 25 meters to the north," said Li Chunlai, vice director of the National Astronomical Observatories of the Chinese Academy of Sciences (NAOC) and research leader.

Scientists calculated the precise location of the landing site at 177.5991 degrees east longitude and 45.4446 degrees south latitude with an elevation of -5,935 meters.

An article reproducing the entire successful landing process, written by the research team, was published in the latest issue of the academic journal Nature Communications.