Chinese Smartphone manufacturer Transsion has outpaced Samsung and Apple in African market as it leads in shipment terms in the second quarter of 2019, according to the latest study released by a global research firm. 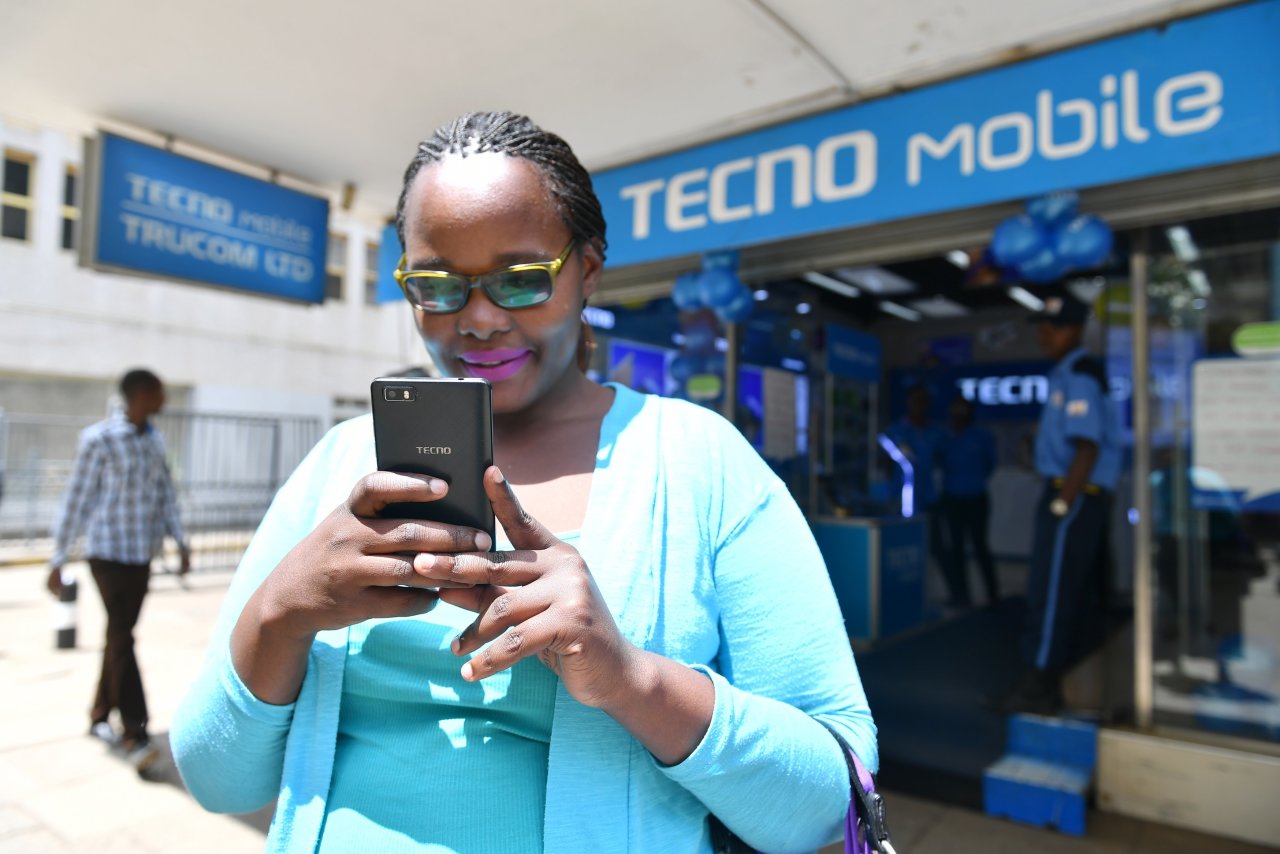 A woman uses Tecno mobile phone in front of a Tecno Mobile shop in downtown Nairobi, capital of Kenya, May 9, 2017. (Photo: Xinhua)

The report of The International Data Corporation (IDC) shows Transsion (Tecno, Infinix, and Itel brands), Samsung and Huawei are the smartphone market's leaders in shipment terms in Q2 with respective market shares of 37.4 percent, 27.4 percent, and 8.7 percent.

However, the report says Samsung had the highest share by dollar value at 40.3 percent, followed Transsion (21.9 percent) and Huawei (12.2 percent).

"Samsung's dominant revenue position in the market is sustained through timely product launches across all African markets, particularly in relation to its A-Series devices, which are shipped in large volumes," says the report.

It says shipments of 4G-enabled smartphones increased 6.6 percent quarter-on-quarter (QoQ) in Q2 to account for 70.8 percent of the total smartphone market, spurred by the declining prices of LTE devices.

According to the report, the Africa mobile phone market declined 1.8 percent quarter on quarter (QoQ) in Q2 2019. Feature phones accounted for 58.3 percent of the market, with shipments declining 3.7 percent QoQ, while smartphone shipments increased 1.0 percent over the same period to account for 41.7 percent share.

"Feature phones remain an integral part of the African mobile phone market due to poor network infrastructure across large parts of the continent, particularly in rural areas, and the ease of use of these devices," said George Mbuthia, a research analyst at IDC.

"However, the transition to smartphones is continuing, albeit slowly, and the affordability of feature phones alone was not enough to stop this segment of the market declining in Q2 2019," he added.

According to IDC, smartphones, on the other hand, enjoyed a recovery from the decline in shipments seen in Q1 2019 in Africa.

"Africa's increasingly tech-savvy younger generation is set to drive smartphone growth and the adoption of mobile services that are transforming business and empowering lives," said Mbuthia.

IDC forecasts that 4G-enabled phones will constitute 74.4 percent of the African smartphone market by the end of 2020, with 5G phones tipped to garner 0.4 percent share.