Clinicians have found in a new study that removing blood clots within 12 hours after a stroke can noticeably improve patients' health and reduce death rates. 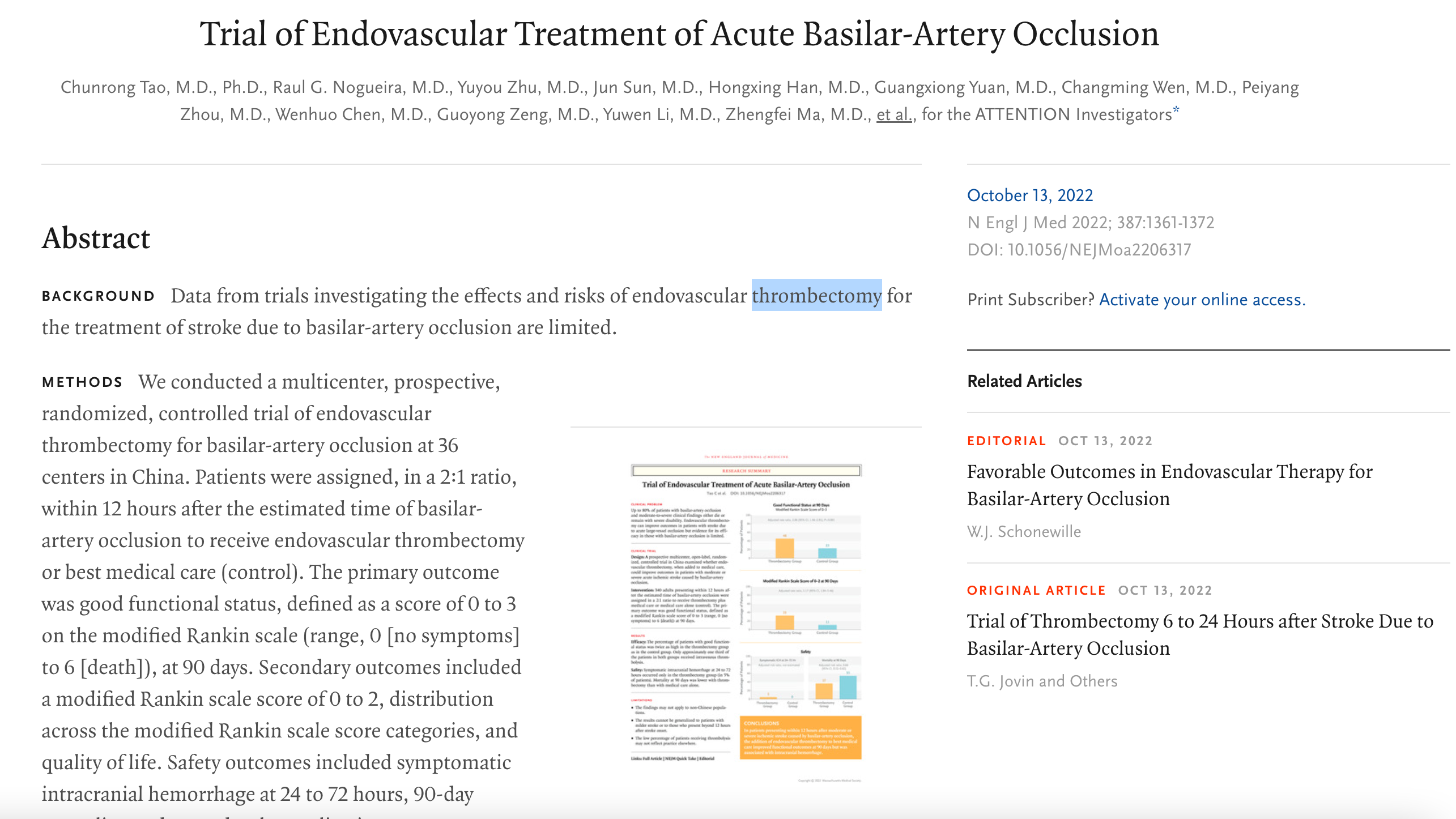 Screenshot of the study published in the New England Journal of Medicine on October 13, 2022.

The findings by a Chinese team were reported in the New England Journal of Medicine on Thursday. The efforts were led by researchers from the First Affiliated Hospital of the University of Science and Technology of China.

They conducted a randomized, controlled trial involving 340 patients with an average age of 66.5 at 36 clinical centers in China.

Two-thirds, or 226, of them were given medical care plus an endovascular thrombectomy, a surgical procedure to remove blood clots from arteries or veins, within a median of five hours after the ischemic stroke caused by acute basilar artery occlusion, while the remaining one-third were given only medical care as a control, according to the study.

It was found that the outcome of clot removal was remarkably better at 90 days, with mortality in the thrombectomy group at 37 percent and 55 percent in the control group.

"Doctors usually make treatment choices, be it endovascular thrombectomy or simply medical care, based on their clinical experience. This would bring confusion to both doctors and patients' families," said Hu Wei, the paper's co-author and a neurologist at the hospital.