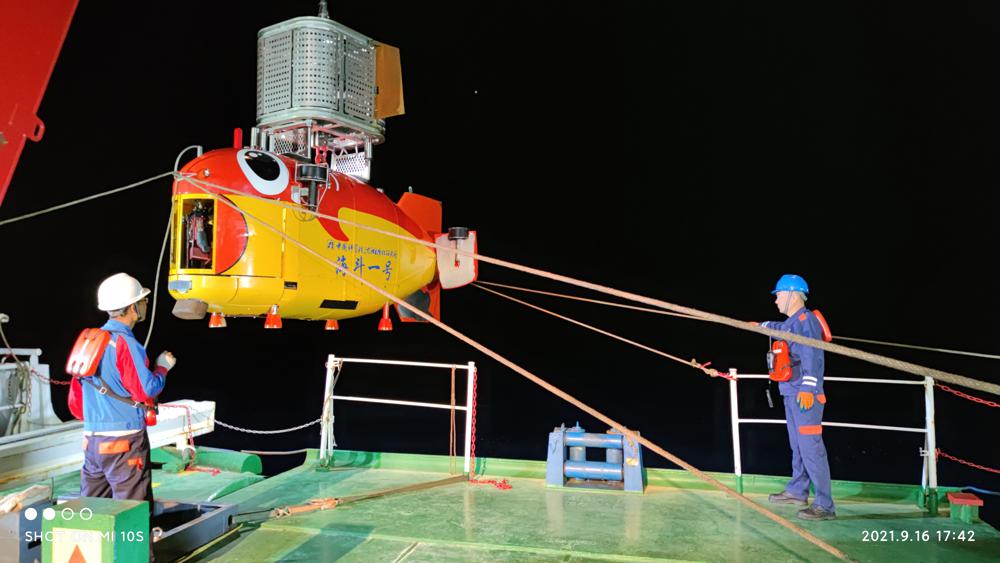 The Shenyang Institute of Automation announced on Sunday that its Haidou-1, unmanned submersible had completed the first full-coverage acoustic cruise of the western depression of the Challenger Deep during a scientific investigation of the Mariana Trench.

The Challenger Deep is the deepest region of the ocean, at approximately 11,000 meters.

Yu Haibin, director of the institute said, "The success of Haidou-1's continuous deep diving and scientific research application is an important milestone in China's marine science and technology. It shows that China's unmanned submersible technology and equipment have entered a new stage, and we are becoming a leader in this field around the world."

The Haidou-1 has broken several world records for unmanned submersibles, including a diving depth of 10,908 meters, continuous operating time of more than eight hours and near-the-seabed navigation distance of more than 14 kilometers, according to Tang Yuangui, chief engineer of Haidou-1.