Chinese researchers have made a new breakthrough in quantum computing technology. 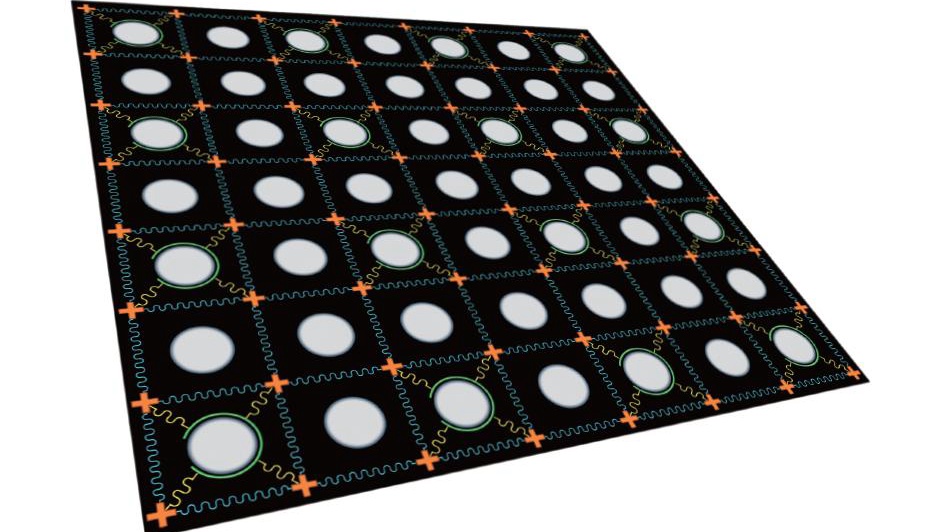 A schematic of a two-dimensional superconducting qubit chip. (Photo from the website of the University of Science and Technology of China)

A group of researchers from the University of Science and Technology of China (USTC) have designed and fabricated a programmable superconducting quantum computer prototype with the largest number of functional qubits in the world – 62, and achieved two-dimensional programmable quantum walks on the system, according to the university.

The study, led by renowned Chinese quantum physicist Pan Jianwei, was published in the top scientific journal Science on Friday. The computer prototype was named Zu Chongzhi after the accomplished Chinese mathematician from the fifth century.

"Quantum walks are the quantum mechanical analog of classical random walks and an extremely powerful tool in quantum simulations, quantum search algorithms, and even for universal quantum computing," the authors wrote.

They called their work a milestone that brings future larger scale quantum applications closer to realization on these noisy intermediate-scale quantum processors.

The development of quantum computers, which promise enormous computing advantages over classical computers, is one of the major challenges at the global scientific and technological forefront. It's also an area where developed countries are racing for leading technologies.

With superfast parallel computing power in theory, quantum computers are expected to exponentially improve the efficiency of conventional computers in solving important social and economic problems in areas such as cryptography, big data optimization, material design and drug analysis.

Superconducting quantum computing is one of the most promising candidates for scalable quantum computing. Its essential goal is to synchronously increase the number of built-in qubits and improve the performance of superconducting qubits, so as to exponentially speed up the processing of specific problems, which will eventually be applied in practice.

In 2019, U.S. tech giant Google developed a 53-qubit programmable superconducting processor, named "Sycamore," and claimed "quantum supremacy" – the point at which a quantum computer has outperformed any classical computer in the world.

The 62-qubit Zu Chongzhi processor showed that China is at the same level as its U.S. counterparts in the field of superconducting quantum computing, Yuan Lanfeng, a research fellow at the Hefei National Laboratory for Physical Sciences at the Microscale of the USTC, told the Global Times.