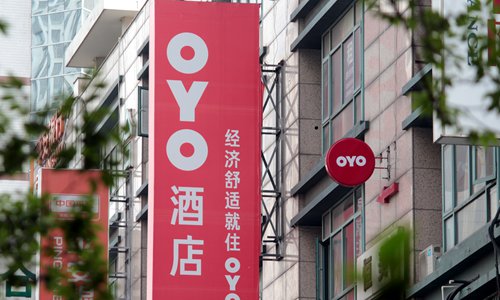 Travelers may no longer have to worry about the sanitary conditions of their hotel room in Wuhan, Central China's Hubei Province, as the city's first green laundry base places a chip and QR code in beddings and towels to allow guests to know when the items were last washed.The laundry base, located in Wuhan's Xinzhou district, started to place chips, which are extremely thin and slightly smaller than a cigarette lighter, in every towel and bed sheet, which will also soon have a QR code, the Xinhua News Agency reported on Sunday. The chips automatically gather the information of each item which hotel guests can access by scanning a QR code. The report has become a top 10 hit on China's Twitter-like Sina Weibo, with many Chinese net users saying the system should be implemented across the country.A National Business Daily online poll showed that 318,000 of the 438,000 respondents support the nationwide implementation of Wuhan's laundry info system. Some 11,000 participants said they bring their own bedclothes. But 108,000 said that they were more concerned about hidden cameras in their rooms. "I think that makes the changing and washing of hotel linen transparent and tourists can enjoy a more comfortable stay," a Weibo user said.  Some net users are concerned the information provided by the QR could be faked. In September 2017, the Beijing Tourism Association said in a statement that it takes the quality of service at its member hotels very seriously, and accused five luxury hotels - JW Marriott, Shangri-La Hotel, Hilton, Intercontinental, and W Beijing - of not changing their bed sheets or cleaning their toilets ahead of new guest arrivals.  The statement came after a video showed employees from Better Choice, Better Life, an independent assessment organization, posing as guests and checking five luxury Beijing hotels drew massive attention. They found that the hotels failed to change and clean beddings and toiletries before the arrival of new guests.