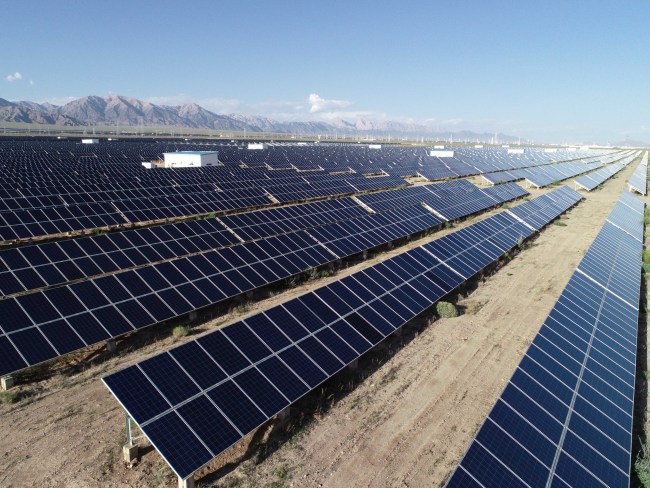 View of arrays of solar panels at an electricity plant in the Haixi Mongolian and Tibetan Autonomous Prefecture, Qinghai Province, on July 24, 2018. (File Photo: IC)

Northwest China's Qinghai Province will set a new record for itself on Sunday when it finishes a 15-day stretch of relying only on green electricity, which is electricity generated from sustainable and non-polluting sources like wind, water, and solar power.

The province, which is home to more than six million people, successfully completed a nine-day trial last year when it relied on green electricity, after a seven-day trial in 2017.

Qinghai is the source of China's three major rivers, the Yellow, the Yangtze, and the Lancang, which provide it with a large capacity to generate hydroelectricity. It is also a major producer of solar power - more electricity was generated from solar power last year in Qinghai than in any other province in China.

According to the province's 13th five-year plan, Qinghai will expand its solar and wind capacity to reach 35 million kilowatts by 2020, and will supply 110 billion kilowatt hours of clean electricity every year to central and eastern China. This is equivalent to burning 50 million tons of coal in traditional thermal power stations.