TECH Climate changes to increase in all regions in coming decades: IPCC report

Climate changes to increase in all regions in coming decades: IPCC report

GENEVA, Aug. 9 (Xinhua) -- The world's leading scientists have projected that in the coming decades climate changes will increase in all regions, and there would be increasing heat waves, longer warm seasons and shorter cold seasons. According to the latest Intergovernmental Panel on Climate Change (IPCC) report released on Monday, climate change is also intensifying the water cycle, bringing more intense rainfall and associated flooding, as well as more intense drought in many regions.

The report, titled "Climate Change 2021: the Physical Science Basis," was drafted by IPCC Working Group I and got approved on Aug. 6 by 195 members of the IPCC through a virtual approval session that was held over two weeks starting on July 26.

According to the latest report, coastal areas will see continued sea level rise throughout the 21st century, contributing to more frequent and severe coastal flooding in low-lying areas and coastal erosion.

Extreme sea level events that previously occurred once in 100 years could happen every year by the end of this century, the report projected.

The report provided new estimates of the chances of crossing the global warming level of 1.5 degrees Celsius in the next decades, and found that unless there are "immediate, rapid and large-scale reductions in greenhouse gas emissions, limiting warming to close to 1.5 or even 2 degrees Celsius will be beyond reach." 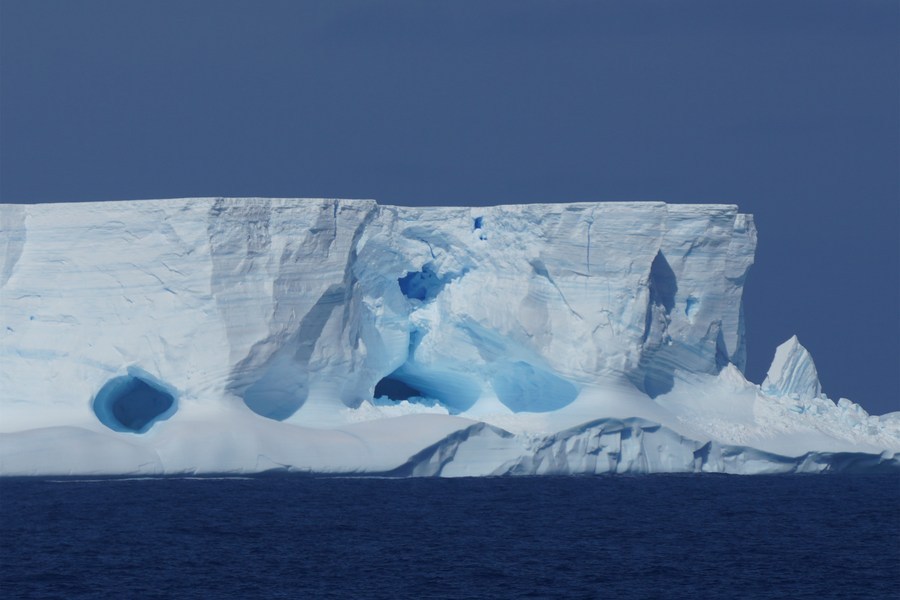 Photo taken on Feb. 1, 2020 shows a glacier in the Weddell Sea off the Antarctic continent.

He added at Monday's press conference releasing the report that "the changes we experience will increase with additional warming."

According to the report, changes to the oceans, including warming, more frequent marine heatwaves, ocean acidification, and reduced oxygen levels have been "clearly linked" to human influence.

The report emphasized that many of the changes observed in the climate are unprecedented in thousands, if not hundreds of thousands of years, and some changes already set in motion -- such as continued sea level rise -- are irreversible over hundreds to thousands of years.

However, the report said, strong and sustained reductions in carbon dioxide (CO2) emissions and other greenhouse gases would limit climate change.

While benefits for air quality would come quickly, the report said, it could take 20-30 years to see global temperatures stabilize.

"We now have a much clearer picture of the past, present and future climate, which is essential for understanding where we are headed, what can be done, and how we can prepare," the scientist concluded.