China National Offshore Oil Corp (CNOOC), the nation's largest producer of offshore oil and gas, will focus on the Guangdong-Hong Kong-Macao Greater Bay Area for future oil and gas exploration, as it aims to step up the development and construction of China's first deep-water exploration well in the region which has natural gas reserves in excess of 100 billion cubic meters. 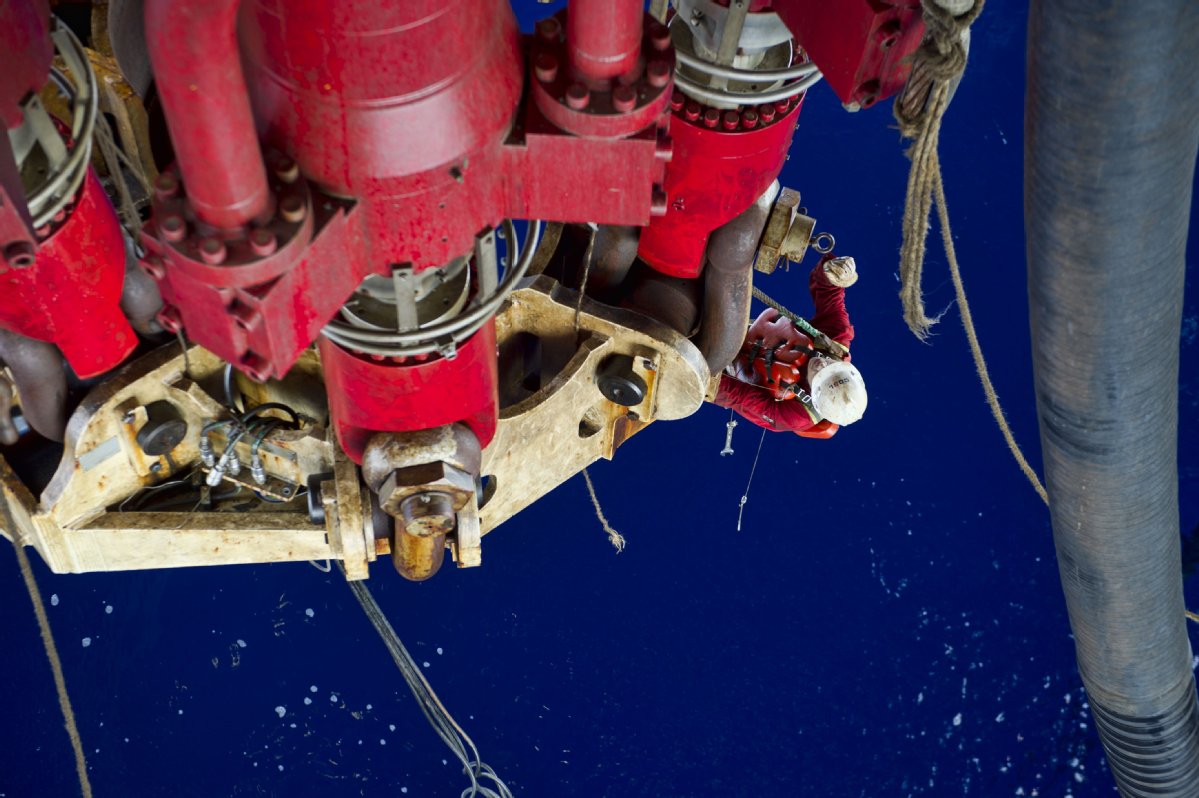 A technician from CNOOC checks equipment on board an oil drilling platform in the South China Sea. (Photo: Xinhua)

The company will also develop a deepwater oilfield complex in the next few years and aims to double its exploration workload and proven reserves by 2025.

"The company will continuously step up exploration for more discoveries of oil and gas wells to further ensure national energy security and a stable gas supply in the country," he said.

According to Yang, who is also a deputy to the 13th National People's Congress, the Guangdong-Hong Kong-Macao Greater Bay Area is one of the regions in which CNOOC is seeing major investment in the country, with business covering offshore oil and gas exploration and development, oil refining and chemical engineering, liquefied natural gas receiving terminals and natural gas transmission pipelines.

The region has also become a strategic development base for China's offshore oil and gas industry, he said.

According to Na Min, a senior analyst for oil and gas at Bloomberg NEF, CNOOC has increased capital expenditure for exploration since 2018, which supports the company's long-term development.

CNOOC supplied more than 18.2 billion cubic meters of natural gas to the Guangdong-Hong Kong-Macao Greater Bay Area in 2018, accounting for more than 70 percent of the region's total gas consumption.

After years of development, China has mastered semi-submersible production platform design, construction and installation technology suited to the deep and complex region.

CNOOC, together with China's other major oil and gas companies, including CNPC and Sinopec, has been stepping up efforts in oil and gas exploration to ramp up oil and gas output and reduce the nation's rising dependence on oil and gas import in recent years.

Being the largest crude and gas importer worldwide, China imported 440 million metric tons of crude oil in 2018, up 11 percent year-on-year leading to a foreign oil dependence ratio of 69.8 percent, according to China National Petroleum Corp's Economics and Technology Research Institute.

It has also imported 125.4 billion cubic meters of gas, climbing 31.7 percent compared with the same period last year and reaching a foreign gas dependence ratio of 45.3 percent, it said.