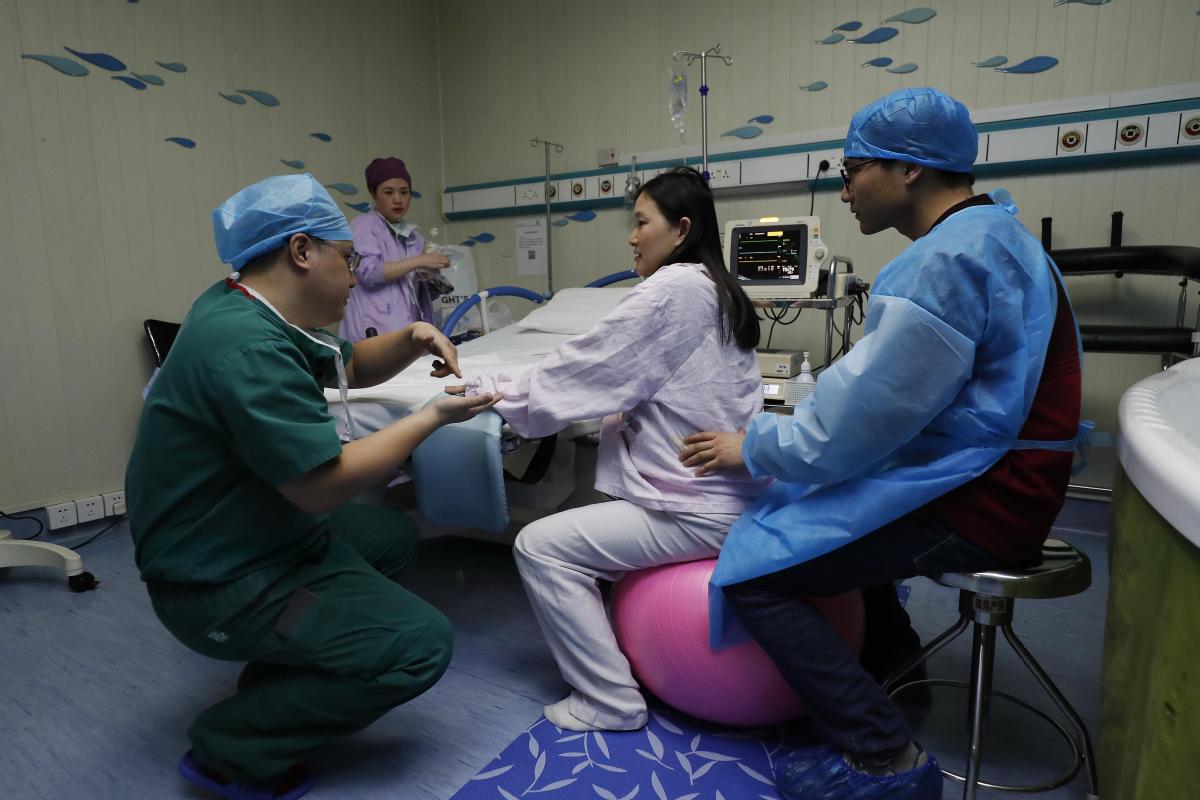 Shanghai's color-coded system to manage the safety of pregnant women and their babies proved so effective after its introduction in 2012 that it has been adopted by other regions around the country.

It is just one initiative the municipality has taken in recent years to optimize three major health indicators - life expectancy, and maternal and infant mortality rates - to maintain Shanghai's status as the country's healthcare leader and keep it on par with developed countries, an achievement it has accomplished for 10 consecutive years.

Over the past four decades, the average life expectancy of Shanghai residents has risen 10 years to 83.63 last year, compared to the national average of 77 years.

Now, all the pregnant woman in the city are classified into five colors - green, yellow, orange, red and purple - indicating their safety risks from "insignificant" (green) to "high" (purple) during pregnancy and delivery.

Based on the color allocated to them, they will receive different medical services and procedures, the commission said.

"Healthcare and evaluation of the mother and baby are offered nine times for free to each pregnant woman throughout pregnancy and delivery," the commission said, adding it is open to all users of the city's public healthcare system.

Ten years ago, Shanghai also became the first region in the country to stitch together a network to better guarantee the safety and health of pregnant women, mothers and their newborns.

Mothers and newborns being treated at Shanghai hospitals may be instructed to go to the centers for further assessment and treatment, the commission said.

Figures from the commission point to the success of the program.

The lives of nearly 3,800 pregnant women and more than 33,000 infants in critical condition were saved over the 10 years.

"In recent years, the city commission regularly gathers experts to review each death of a pregnant woman or those who die during deliveries in the city," said Cao Binrong, 78, a consultant at the Shanghai-based Obstetrics and Gynecology Hospital of Fudan University, who has worked as a gynecologist for 55 years.

"The commission analyzes causes, identifies problems, designs prevention plans and tries to avoid the recurrence of the tragedy."

Over the past two years, the color-coded system has been expanded to Beijing as well as Shandong, Jiangxi and Guizhou provinces.

Lin Ge, a doctor at the Wudang District Maternity and Child Health Hospital in Guiyang, the capital of Guizhou province, said pregnant women assessed as a red or purple risk are transferred from town-level hospitals to bigger, better-equipped ones for regular health checks throughout their pregnancies.

"Such a management method ensures one-on-one medical care for all the pregnant women and guarantees the safety of mothers and children as much as possible," he said.

In addition, Shanghai has expanded its medical health service in the past decade to nearly 5,300 health institutions scattered across 15 districts.

At least one 3A-grade hospital, the highest of China's three-tier grading system for hospitals, is available in each of Shanghai's suburban districts.

"Shanghai has become a medical high-water mark for the country, and the region is attracting the largest number of patients from other provinces," said Wu Jinglei, director of the Shanghai Health Commission.

Shanghai was also the first region on the mainland to include free urinalysis checks to screen for kidney diseases.

The health check has been compulsory for primary and junior middle school students since 2003.

Since 2010, the screening program has been expanded to 11 provincial-level regions, covering more than 300,000 students.