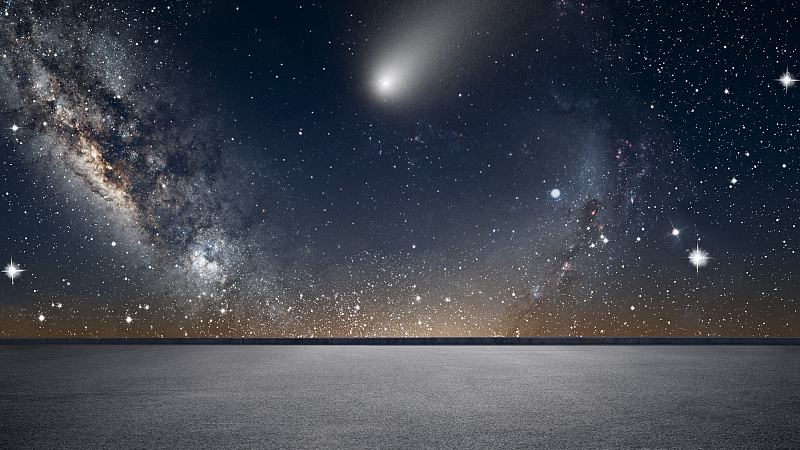 Scientists proposed a new theory about the origin of oceans on Earth. They suggested that comets played a key role in delivering the life-enabling water to our planet billions of years ago.

The study published in the latest journal Astronomy and Astrophysics Letters showed that water in many comets may share a common origin with Earth's oceans.

The world's largest airborne observatory SOFIA operated by US space agency NASA found that Comet Wirtanen, as it made its closest approach to Earth in December of 2018, contains "ocean-like" water.

SOFIA, the Stratospheric Observatory for Infrared Astronomy, is a Boeing 747 jetliner modified to carry a 2.7-meter diameter telescope, according to NASA.

Observing at high altitudes above much of the Earth's atmospheric water allowed the telescope to accurately measure the ratio of regular to heavy water in Comet Wirtanen. The regular water is H2O, while the heavy water is called HDO, which has an extra neutrally-charged particle called a neutron inside one of the hydrogen atoms.

The data showed that Comet Wirtanen's water ratio is the same as the Earth's oceans, according to the study.

Comparing the new data with previous studies of comets, the scientists found the ratio of regular to heavy water was not linked to the origin of the comets, for example, whether they were from the Kuiper Belt or the outer fringe of the solar system.

Instead, the ratio was related to how much water was released from ice grains in the comet's coma compared to directly from the snowy surface, implying that all comets could have a heavy-to-regular water ratio similar to Earth's oceans.

If comets have the same ratio of these water types as Earth's oceans, it indicates that the water in both may share a common origin, according to the researchers.