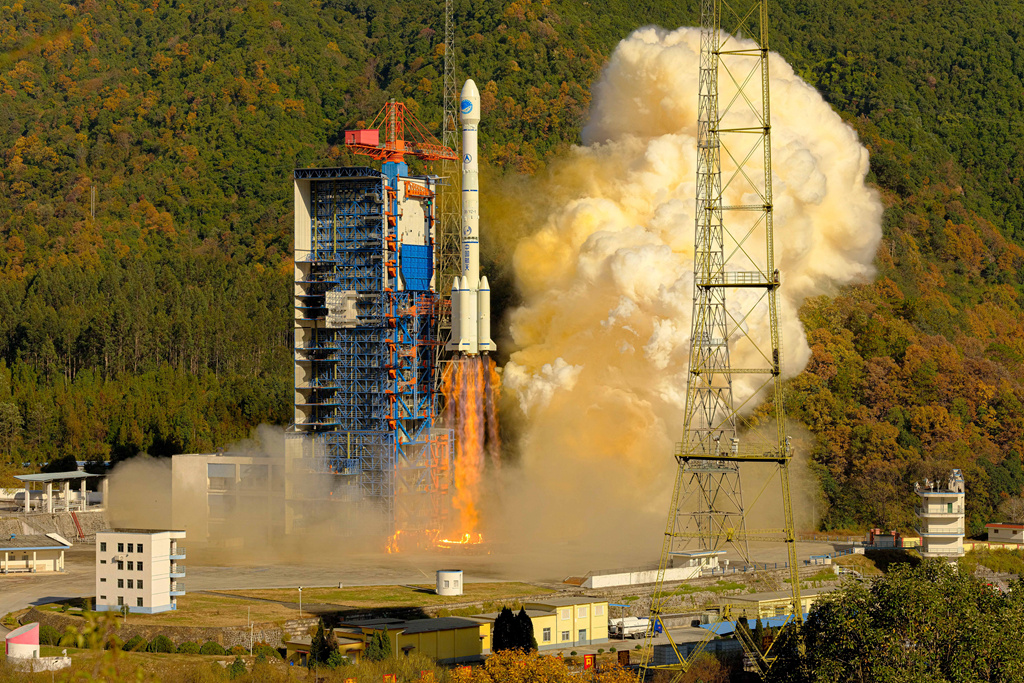 The core space-based network of China's Beidou Navigation Satellite System has been completely deployed, which is expected to tremendously improve the system's capability to serve users around the world.

The 56th and 57th Beidou satellites, which are also the 23rd and 24th of the core constellation of Beidou's third-generation system, were lifted into space atop a Long March 3B carrier rocket on Monday afternoon at the Xichang Satellite Launch Center in Sichuan province, the China Satellite Navigation Office said in a statement.

They are tasked with operating in medium Earth orbits about 20,000 kilometers above Earth, along with 22 previously launched satellites of the same type. Monday's launch marked the completion of Beidou's core in-orbit network, according to the office.

Yang Changfeng, Beidou's chief designer, said on Monday: "With the new satellites, Beidou's global coverage and service capability have been further improved, and users can enjoy more benefits from Beidou, such as global short-message service."

Yang said there have been 18 Beidou launch missions that placed 30 satellites into orbit since November 2017, when the first third-generation Beidou satellites were lifted into space.

Beidou is China's biggest space-based system and is one of four space-based navigation networks, along with the United States' GPS, Russia's GLONASS and the European Union's Galileo.

Since 2000, when the first Beidou satellite entered orbit, 57 satellites, including four experimental ones, have been launched and some of them have been retired. Beidou began providing positioning, navigation, timing and messaging services to civilian users in China and other parts of the Asia-Pacific region in late 2012. At the end of 2018, Beidou started to provide global services.

The office said that over 100,000 scientists, engineers and technicians from more than 300 domestic institutes and enterprises have been involved in Beidou's development and construction.

According to the Global Navigation Satellite System and Location-Based Services Association of China, Beidou is used in dozens of business and public sectors in China, including transportation, electrical power, fisheries, mining and agriculture, and tens of millions of Beidou-based terminal devices have been sold and are in service.

More than 500,000 Chinese people work at around 14,000 domestic institutes and companies doing business with Beidou and other satellite navigation and positioning services.

Statistics from the China Satellite Navigation Office show that as of April, the Beidou system had been put into use in more than 6.2 million taxis, buses and trucks as well as at least 40,000 fishing ships across the country.

All Beidou satellites were put into orbit by the China Academy of Launch Vehicle Technology's Long March 3 series, China's workhorse rockets for five consecutive years, according to the academy.

It said such rockets have conducted 12 launch operations this year, accounting for nearly half of all missions by the Long March family.