From monitoring inmates on suicide watch to detecting cryptic messages in phone calls, artificial intelligence is reshaping the way prisons are run, a Council of Europe director said Wednesday. 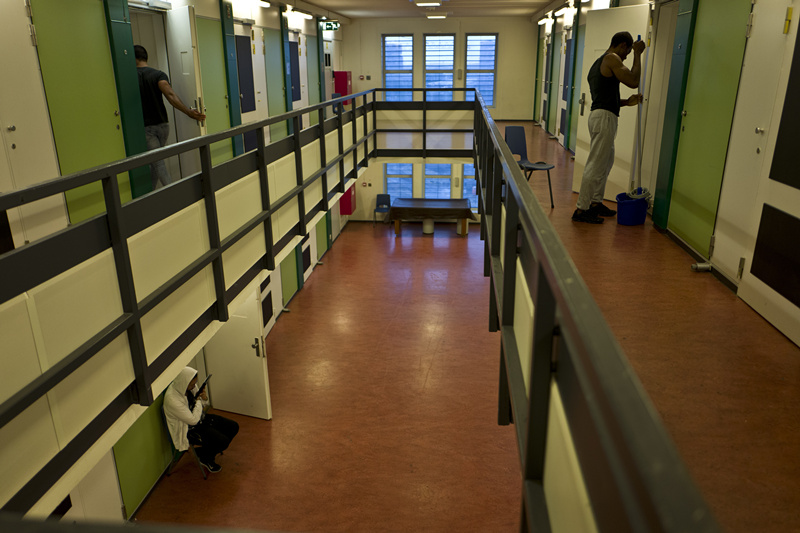 "Artificial intelligence and digital technology are not only here to stay, but can also help in offender management," said Jan Kleijssen, director of the council's department dealing with crime and information society.

At the close of an annual conference of prison and probation directors from across the 47-member state alliance, he rolled off a series of pilots underway in countries such as Belgium, Britain and the Netherlands.

One such project involves "analysing speech by telephone and trying to detect patterns which are unusual, to determine whether cryptic messages are being sent to the outside," he told AFP in Cyprus.

Allaying concerns about prisoner rights, Kleijssen said the schemes being introduced are in areas where inmates are already being monitored by staff.

They could also save prisoners' lives, he said, such as one pilot measuring heartbeats which can set off an alarm if a potential problem is detected.

In one instance "artificial intelligence would alert prison staff if suicide were attempted," Kleijssen said, adding an extra layer of support for at-risk prisoners who are under close staff supervision.

The Council of Europe, which aims to issue legal guidance on using AI in prisons, also views teaching inmates about technological advancements key to their futures beyond prison walls.

He pointed to a voluntary project underway in Finland, where prisoners are involved in the development of AI through a partnership with a private company, to make them more employable on release.

"Digital existence is as important as real existence -- and the work market has changed -- if you have no digital skills and don't keep them up-to-date you will be at serious disadvantage," said Kleijssen.