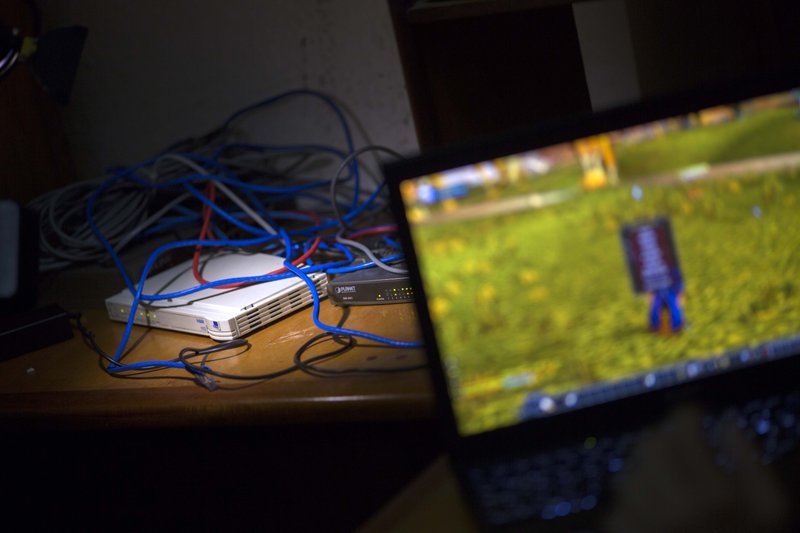 In this Jan. 4, 2015 file photo, the computer, modem and intranet network cabling belonging to Rafael Antonio Broche Moreno sits on a desk at his home in Havana. (Photo: AP)

After weeks of resistance from Cuban video gamers, the island’s state-run computer organization will absorb the services of an offline underground network that for more than a decade extended privately in Havana.

The state’s Youth Computer Club will take control of SNET — a merging of the words Street and Network — thanks to a law that came into force in late July and authorizes Cubans to have private networks, while paradoxically dismantling the largest of them.

“This service will grow with the increased infrastructure” of the Youth Computer Club, Pablo Julio Plá Feria, general director of the Communications Ministry, told local media Thursday night. His comments were a response to protests by SNET users.

SNET expanded rapidly over the past decade without the internet, relying instead on wireless connections and cables strung between houses and buildings. The system’s antennas are visible on Havana rooftops.

Observers say it has more than 40,000 users in the capital, many of whom use it to play games like World of Warcraft or Battlefield or discuss sports. It emerged as a way to play multi-player video games in an offline mode. Talking politics, exchanging pornography or insulting is prohibited.

The network operated in a gray area in that it was not illegal but was not allowed either. But the new regulations allow only lower power networks covering small areas, leaving SNET now outside the law.

“SNET is a family,” 24-year-old user Ernesto de Armas told The Associated Press in a Twitter interview. “Someone who is not a ‘gamer’ in Cuba won’t understand what it feels like to lose not only these fantastic universes, but the community.”

When the law went into effect July 29, opposition grew and users requested the law be amended to allow SNET to continue operating. In addition to the protests, a Twitter campaign was launched under the label #YoSoySnet and #FuerzaSnet. Some young people like de Armas say they have been visited by police.

Youth Computer Club officials have begun conducting pilot tests for SNET users and said they will increase their infrastructure to comply with the new law.

However, many of the gamers distrust the club and have doubts about its technical abilities. Those who are not near a club tower fear they will lose their connection to SNET.

“If the Youth Computer and Electronics Club has failed to reach the Cuban family in more than 20 years why do they want to eliminate SNET, which has done it in a short time?” said a Twitter user identified as Juan Pérez.