TECH Cyborgs, trolls and bots: A guide to online misinformation

Cyborgs, trolls and bots: A guide to online misinformation 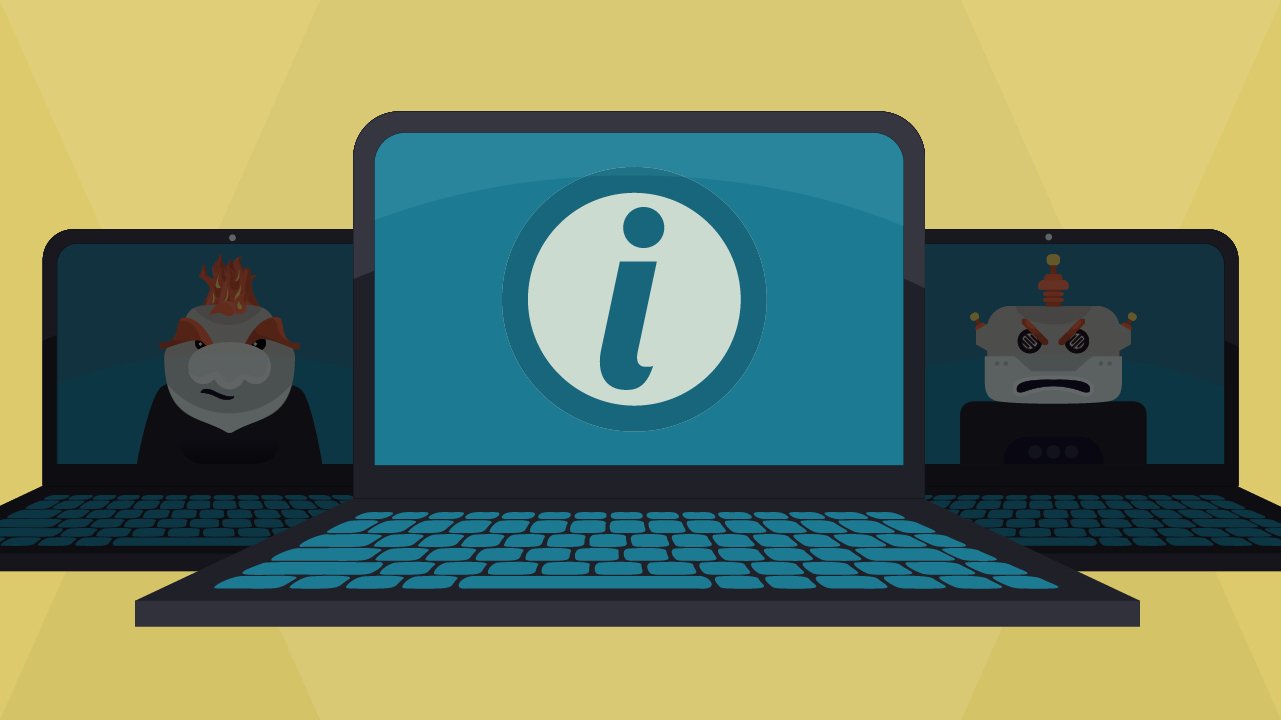 Cyborgs, trolls and bots can fill the internet with lies and half-truths. Understanding them is key to learning how misinformation spreads online.

As the 2016 election showed, social media is increasingly used to amplify false claims and divide Americans over hot-button issues including race and immigration. Researchers who study misinformation predict it will get worse leading up to this year’s presidential vote. Here’s a guide to understanding the problem:MISINFORMATION VS. DISINFORMATION

Political misinformation has been around since before the printing press, but the internet has allowed falsehoods, conspiracy theories and exaggerations to spread faster and farther than ever.

Misinformation is defined as any false information, regardless of intent, including honest mistakes or misunderstandings of the facts. Disinformation, on the other hand, typically refers to misinformation created and spread intentionally as a way to confuse or mislead.

Misinformation and disinformation can appear in political ads or social media posts. They can include fake news stories or doctored videos. One egregious example of disinformation from last year was a video of House Speaker Nancy Pelosi that was slowed down to make her sound as if she were slurring her words.

Research indicates that false claims spread more easily than accurate ones, possibly because they are crafted to grab attention.

Scientists at the Massachusetts Institute of Technology analyzed more than 126,000 stories, some true and some false, that were tweeted millions of times from 2006 through the end of 2016. They found that misleading or incorrect stories traveled six times faster — and reached more people.

Online misinformation has been blamed for deepening America’s political polarization and contributing to distrust in government. The risks were highlighted in 2016 when Russian trolls created fake accounts to spread and amplify social media posts about controversial issues.

WAR OF THE BOTS AND CYBORGS

The disposable foot soldiers in this digital conflict are bots. In the social media context, these autonomous programs can run accounts to spread content without human involvement.

Many are harmless, tweeting out random poems or pet photos. But others are up to no good and designed to resemble actual users.

One study by researchers at the University of Southern California analyzed election-related tweets sent in September and October 2016 and found that 1 in 5 were sent by a bot. The Pew Research Center concluded in a 2018 study that accounts suspected of being bots are responsible for as many as two-thirds of all tweets that link to popular websites.

While flesh-and-blood Twitter users will often post a few times a day, about a variety of subjects, the most obvious bots will tweet hundreds of times a day, day and night, and often only on a specific topic. They are more likely to repost content rather than create something original.

And then there’s the cyborg, a kind of hybrid account that combines a bot’s tirelessness with human subtlety. Cyborg accounts are those in which a human periodically takes over a bot account to respond to other users and to post original content. They are more expensive and time consuming to operate, but they don’t give themselves away as robots.

“You can get a lot from a bot, but maybe it’s not the best quality,” said Emilio Ferrara, a data science researcher at the University of Southern California who co-wrote the study on Twitter bots. “The problem with cyborgs is they are much harder to catch and detect.”

Bots can be hard to spot, even for the best researchers.

“We have 12 ways that we spot a bot, and if we hit seven or eight of them we have pretty high confidence,” said Graham Brookie, director of the Atlantic Council’s Digital Forensic Research Lab, a Washington, D.C.-based organization that studies connections between social media, cybersecurity and government.

Nonetheless, Brookie recalled the case of a Twitter account from Brazil that was posting almost constantly — sometimes once per minute — and displayed other bot-like characteristics. And yet, “It was a little grandma, who said, ‘This is me!’”

Their prevalence and the difficulty of identifying them has made bots into a kind of digital bogeyman and transformed the term into an insult, used to dismiss other social media users with different opinions.

Michael Watsey, a 43-year-old New Jersey man who often tweets his support for President Donald Trump, said he has been repeatedly called a Russian bot by people he argues with online. The accusations prompted Twitter to temporarily suspend his account more than once, forcing him to verify he is a human.

“All I’m trying to do is uses my First Amendment right to free speech,” he said. “It’s crazy that it’s come to this.”

The word troll once referred to beasts of Scandinavian mythology who hid under bridges and attacked travelers. Now it also refers to people who post online to provoke others, sometimes for their own amusement and sometimes as part of a coordinated campaign.

Sock puppets are another oddly named denizen of social media, in this case a type of imposter account. While some users may use anonymous accounts simply to avoid identifying themselves, sock-puppet accounts are used by the owner to attack their critics or praise themselves. In October, Utah Sen. Mitt Romney acknowledged operating a secret Twitter account under the name “Pierre Delecto,” which he used to defend himself against criticism.

Deepfakes are videos that have been digitally created with artificial intelligence or machine learning to make it appear something happened that did not. They are seen as an emerging threat, as improvements in video editing software make it possible for tricksters to create increasingly realistic footage of, say, former President Barack Obama delivering a speech he never made, in a setting he never visited. They are expensive and difficult to create — especially in a convincing way.

Facebook announced last month that it would ban deepfake videos — with exceptions for satire. Beginning in March, Twitter will prohibit doctored videos, photography and audio recordings “likely to cause harm.” Material that is manipulated but isn’t necessarily harmful may get a warning label. And YouTube bans “deceptive uses of manipulated media” that could pose serious risk of harm.

By contrast, shallowfakes, cheapfakes or dumbfakes are videos that have been doctored using more basic techniques, such as slowing down or speeding up footage or cutting it.

Examples include a doctored video posted by Britain’s Conservative Party before December’s U.K. election that made it seem like a Labour Party official was struggling to respond to a question about Brexit.

Because they’re easy and inexpensive to make, cheapfakes can be every bit as dangerous as their fancier cousin, the deepfake.

“Deepfakes are getting more realistic and easier to do,” said John Pavlik, a journalism professor at Rutgers University who studies how technology and the internet are changing communication habits. “But you don’t have to have special software to make these simpler ones.”

Researchers who study Americans’ changing media habits recommend that people turn to a variety of sources and perspectives for their news, use critical thinking when evaluating information on social media, and think twice about reposting viral claims. Otherwise, they say, misinformation will continue to flow, and users will continue to spread it.

“The only solution,” Ferrara said, “is education.”