TECH Danger in the sky: Airports worldwide grapple with drones

Danger in the sky: Airports worldwide grapple with drones 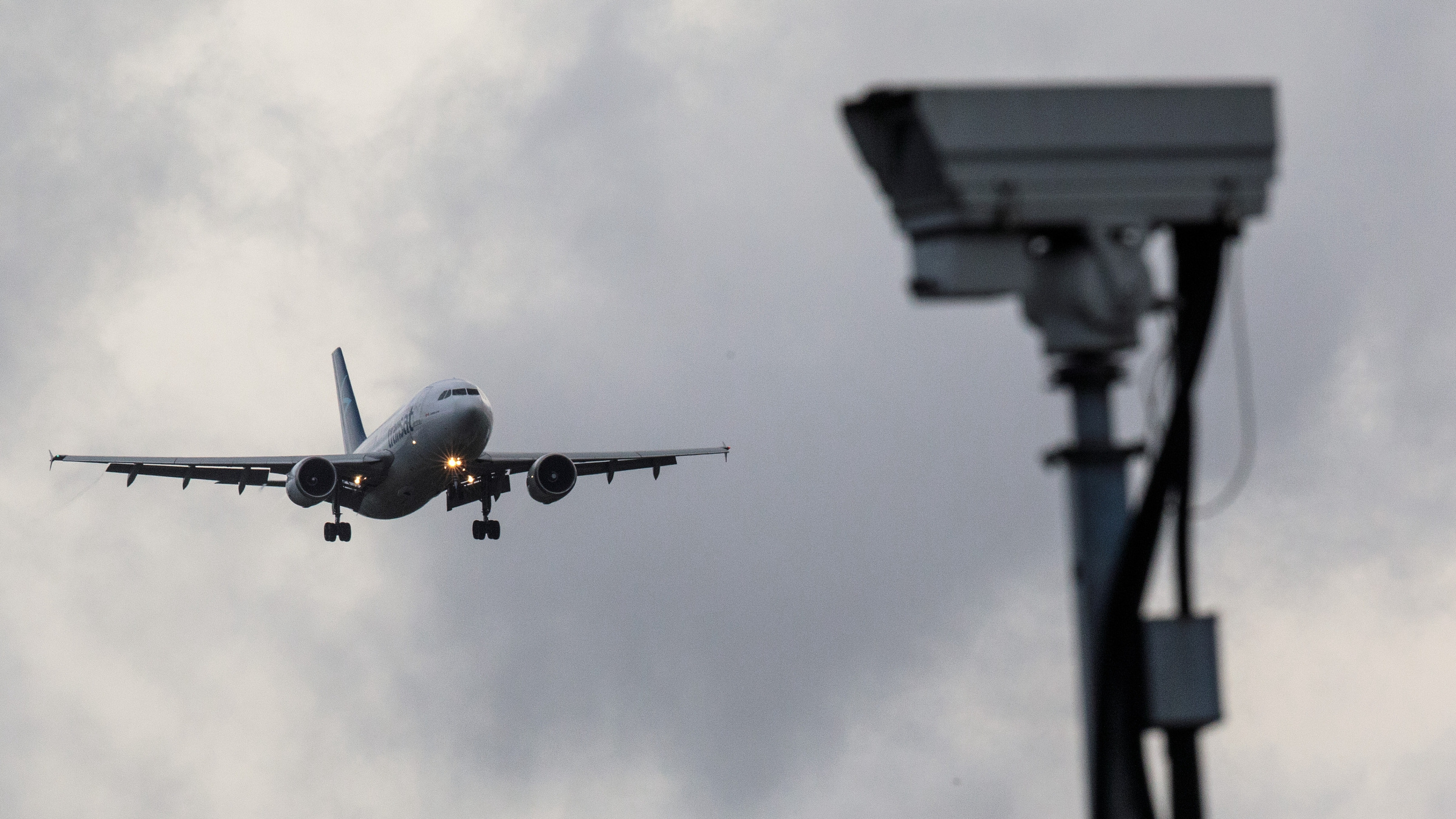 An aircraft comes in to land as the runway is reopened at Gatwick Airport in London, England, December 21, 2018. (Photo: VCG)

In December, London's Gatwick airport came to a standstill after drones were sighted near the runway, creating an air traffic chaos at the start of the Christmas holiday.

In May, Germany's Frankfurt airport, one of the busiest in Europe, had to shut down for an hour and halt or divert some 150 flights for the same reason, while in recent weeks, drone sightings have wreaked havoc at Singapore's Changi airport.

So who's behind these incidents, how much of a threat do they pose and what can airports do against them?

"The potential disruption, not to speak of the safety issues, requires this to have top-level attention – and it has," he told reporters.

"Nothing untoward has happened yet and you really do not want to wait for... a catastrophe before you act," he added.

Ng's comments came after "unauthorized drone-flying" over Changi on June 18-19 caused 37 flights to be delayed and another to be diverted to Malaysia.

One of the airport's two runways was briefly closed "to ensure the safety of aircraft operations and passengers," the civil aviation authority said at the time.

But this was nothing in comparison to the havoc wreaked in December upon Gatwick. Over a thousand flights were grounded and some 140,000 passengers were stranded as the airport was forced to shut down for 36 hours. The closure cost Gatwick and affected airlines millions of pounds in damages and compensation.

The danger with drones

Investigations were launched in all these cases but no culprits have been arrested, in either the UK, Germany or Singapore.

Drones are elusive and hard to catch. This was laid bare at Gatwick as the drone operator – or operators – played a game of cat and mouse with the authorities, disappearing and reappearing again and again over three days.

So far, these drone incidents have caused no casualties. But the security measures they have prompted illustrate how much they are seen as a threat.

"Although we have not seen a fatal incident, it is not difficult to imagine how the deliberate misuse of consumer drones could have serious consequences," Tan Teck Boon and Nandhakumar Gunasekaran, two analysts at Singapore's S. Rajaratnam School of International Studies, warned in a recent commentary.

This is based on scenario analysis as no such collision has yet occurred, but the rapid increase in the number of drones out there – now widely available, affordable and popular among hobbyists – has heightened the threat, he noted.

Who's flying the drones?

The important thing is to differentiate between amateurs, who may fly a drone near a restricted area by accident, and people "with malicious intent" looking to cause disruption, Richards insisted.

Many airports have an exclusion zone where drones are not allowed to fly, and major manufacturers have geo-fencing software on their drones that prevents them from flying into restricted areas.

So if a drone enters a clearly defined no-fly zone, this was premeditated, said Richards: "To actually physically penetrate that geo-fenced area you have to actively do something to bypass the software."

In the cases of Gatwick, Frankfurt and Singapore, who was behind the drones and what their motives were remains unclear.

How to combat them?

Countries like the U.S., China and Germany not only have exclusion zones but also require owners to register their drones or obtain authorization before flying near an airport. Anyone caught violating the rules is liable to fines or even a prison sentence.

Now Singapore is looking into a registration system too. The European Union also approved last month new comprehensive rules that codify where and what kinds of drones can fly, and also requires them to be identifiable so that they can be tracked. The new regulations will enter into force in 2020.

But measures such as these only work with law-abiding citizens.

So-called "defeat systems" can detect drones, capture them in flight with a net or use a laser to burn them. High-tech equipment can help locate an operator on the ground, and jammers can also be used to interfere with a UAV's navigation system, although the use is often restricted to the military.

"Most airports are aware of the growing threat, so they are now looking to invest in technology," said Richards.

At the same time, "there is a lot of knee jerk reactions. And a lot of PR: airports need to look to be doing something," he said, noting that technology is only a small part of the solution. To really defend against drones, better training, policies and procedures need to be in place.

He is not alone in thinking that. "What is needed is a combination of sophisticated countermeasures and tough regulations," Tan and Gunasekaran noted. "The threat posed by rogue drones to commercial aviation is very complex and there is no single solution that is perfect," they warned.