WASHINGTON, March 30 (Xinhua) -- For the first time, a person living with HIV has donated a kidney to a transplant recipient also living with HIV, offering new hope for patients with the virus, doctors from Johns Hopkins Medicine said Thursday. 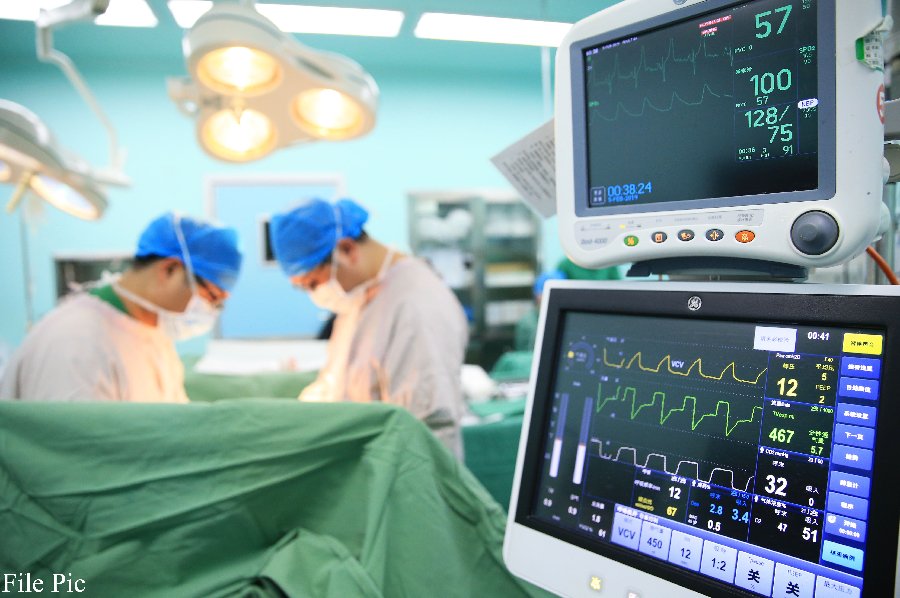 The kidney transplant was completed by a multidisciplinary team of doctors on Monday. Both the donor and the recipient are doing well, said the doctors in a news release.

"This is the first time someone living with HIV has been allowed to donate a kidney, ever, in the world, and that's huge," said Dorry Segev, M.D., Ph.D., professor of surgery at the Johns Hopkins University School of Medicine.

"A disease that was a death sentence in the 1980s has become one so well-controlled that those living with HIV can now save lives with kidney donation - that's incredible," Segev said.

Nina Martinez, the 35-year-old kidney donor from Atlanta, was inspired by the medical drama Grey's Anatomy and a friend who donated a living kidney.

"Some people believe that people living with HIV are 'sick,' or look unwell," Martinez said in the release. "As a policy advocate, I want people to change what they believe they know about HIV.

"I don't want to be anyone's hero. I want to be someone's example, someone's reason to consider donating," she added.

In the past, HIV was considered too much of a risk factor for kidney disease in the donor. But new anti-HIV medications have changed that.

Moreover, those with well-controlled HIV have basically the same risks as those without HIV and are healthy enough to donate kidneys, according to a recent research led by Segev on over 40,000 people with HIV.

"What's meaningful about the first living kidney donor - who is also living with HIV - is that this advances medicine while defeating stigma, too. It challenges providers and the public to see HIV differently," said Christine Durand, M.D., associate professor of medicine and oncology and member of the Johns Hopkins Sidney Kimmel Comprehensive Cancer Center.

About 113,000 people are currently on the transplant waiting list in the United States, according to the non-profit organization United Network for Organ Sharing. Many have died while waiting for transplants.

"As patients waiting for a transplant see that we're working with as many donors as possible to save as many lives as possible, we're giving them hope. Every successful transplant shortens the waitlist for all patients, no matter their HIV status," Durand said.