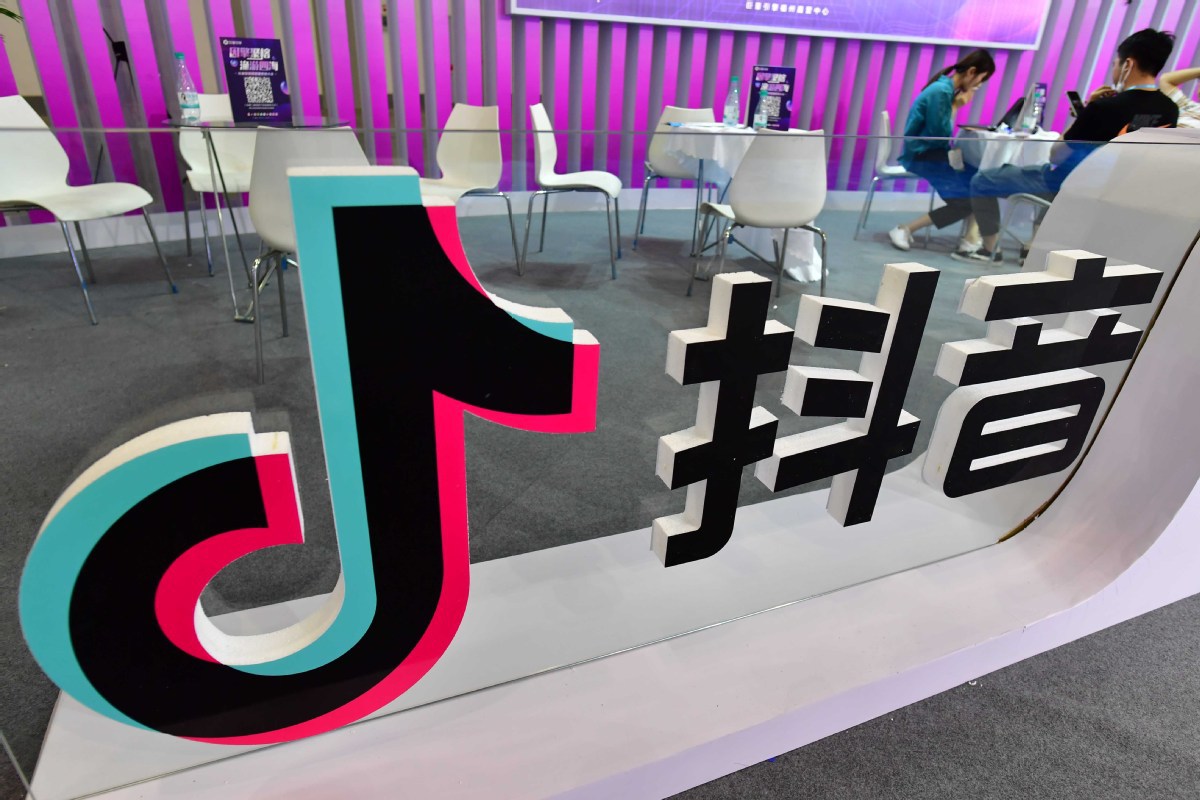 A view of a livestreaming studio set up by Douyin during an exhibition in Fuzhou, Fujian province, on Sept 5. (Photo: China Daily)

The short video app is seeking 90 million yuan ($14 million) in compensation for what it claimed was Tencent's violations of Chinese antitrust laws by blocking access to content from Douyin on WeChat and QQ, both of which are owned by Tencent.

In a lawsuit filed in Beijing, Douyin asked the court to order Tencent to cease the practice and publish a statement, in addition to paying compensation.

"We believe that competition is better for consumers and promotes innovation. We have filed this lawsuit to protect our rights and those of our users," Douyin said in a statement sent to China Daily.

Tencent responded late on Tuesday night, saying it had not received any documents related to Byte-Dance, the parent of Douyin, calling such allegations "groundless and defamatory".

"We operate our products, following the principles of fair competition and open platform cooperation, to create value for users and third-party products. The allegations made by ByteDance against Tencent are groundless and defamatory," it said.

According to Tencent, many of ByteDance's products, including Douyin, have sought to obtain WeChat users' personal information "via various dubious and improper means and violated our long-established policies in protecting user privacy and data security".

WeChat has over 1 billion users who send messages, hail cabs, book medical appointments and manage their wealth via the app.

"The actions of ByteDance and related companies had hurt the interests of our partners in the ecosystem and the rights of our users," said the Tencent statement. "We are committed and will take legal action to protect our healthy ecosystem."

Chinese regulators issued draft rules in November to tackle monopolistic behavior by internet firms, such as requiring merchants to choose only one internet platform to work with to sell their products, thus crowding out rivals.

The case is destined to capture great attention, as the Central Economic Work Conference held in December identified the need to strengthen oversight of internet monopolies as one of its eight priority tasks for this year, said Zhao Zhanling, a lawyer at Yunjia Law Firm in Beijing.

"The lawsuit will have wider implications, because the practice of blocking each other's links on different sites and mobile apps is 'ubiquitous'," Zhao said.

"So it's not just a spat between Douyin and WeChat. The case will exert a symbolic and extremely big influence on where the internet industry is heading."

In recent years, Douyin has aggressively eaten away at the market share of Tencent's WeChat, as people increasingly consume video content for leisure or knowledge. The pair have a track record of trading barbs, including those between the two companies' founders Zhang Yiming and Pony Ma in 2018.