Scientists have discovered in 2.1-billion-year-old black shale from a quarry in Gabon the earliest evidence of a revolutionary development in the history of life on Earth, the ability of organisms to move from one place to another on their own. 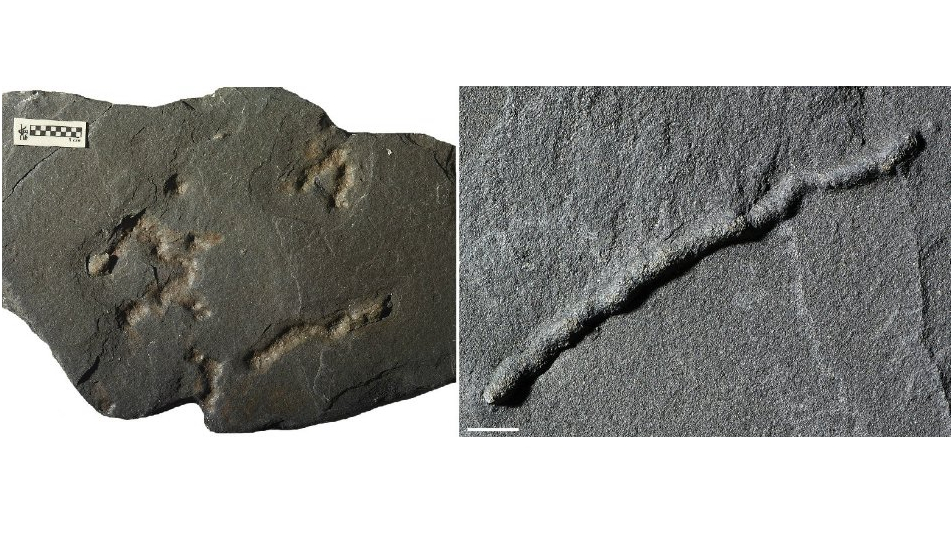 Tubular structures found in black shale from a quarry in Gabon dating from 2.1 billion years ago – providing evidence of the earliest-known mobile organisms on Earth – are shown in Poitiers, France in this undated handout photo obtained February 11, 2019. (Photo: Universite de Poitiers/Handout via Reuters)

The researchers on Monday described exquisitely preserved fossils of small tubular structures created when unknown organisms moved through soft mud in search of food in a calm and shallow marine ecosystem. The fossils dated back to a time when Earth was oxygen-rich and boasted conditions conducive to simple cellular life evolving more complexity, they said.

The Gabonese shale deposits have been a treasure trove, also containing fossils of the oldest-known multicellular organisms.

“What matters here is their astonishing complexity and diversity in shape and size, and likely in terms of metabolic, developmental and behavioral patterns, including the just-discovered earliest evidence of motility, at least for certain among them,” said paleobiogeochemist and sedimentologist Abderrazak El Albani of the University of Poitiers in France.

The identity of these pioneering mobile organisms remains mysterious. The fossils did not include the organisms themselves.

The tubular structures, up to 6.7 inches (170 mm long), originally were made of organic matter, perhaps mucus strands left by organisms moving through mud. The researchers said the structures may have been created by a multicellular organism or an aggregation of single-celled organisms akin to the slug-like organism formed when certain amoebas cluster together in lean times to move collectively to find a more hospitable environment.

“Life during the so-called Paleoproterozoic Era, 2.5 to 1.6 billion years ago, was not only bacterial, but more complex organisms had emerged at some point, likely only during some phases and under certain environmental circumstances,” El Albani said.

The evolutionary experimentation with motility may have encountered a setback relatively soon after the Gabon organisms lived because of a dramatic drop in atmospheric oxygen 2.08 billion years ago.

The research was published in the Proceedings of the National Academy of Sciences.