TECH Efforts on drugs should be enhanced, scientist says

Efforts on drugs should be enhanced, scientist says

The use of existing HIV/AIDS medication is being widely adopted in China for treating patients infected with novel coronavirus pneumonia.

But a top Chinese American HIV/AIDS scientist said although that might be appropriate for short-term emergency use, it's not a long-term solution.

"We need to have drugs that target the protease of the (corona)virus," said David Ho, who has made many innovative contributions to the understanding and treatment of HIV infection.

In an interview with China Daily, Ho explained that HIV and NCP are quite different, "but for many viruses, they all have a protein or enzyme called protease".

Instead of using HIV/AIDS medication to fight NCP, he said, scientists should develop medicine and vaccine for long-term consideration.

Aluvia, a pill containing lopinavir and ritonavir, is suggested by China's National Health Commission as one possible treatment for the symptoms of NCP.

For HIV itself, drugs that block protease have been developed and used for many years.

Lopinavir has been reported to have "some level of activity" against coronaviruses, Ho said.

"But the activity is actually very low, so it's not likely to be highly effective," he said.

According to news reports, doctors in Bangkok, Thailand, have used a combination of HIV/AIDS and flu drugs for NCP infection treatment.

The treatment approach, which involves the HIV drugs lopinavir and ritonavir and the flu drug oseltamivir, led to improvements in several patients — going from testing positive to negative within 48 hours after applying this combination of medicines.

"The report from Thailand is what we consider an anecdote," Ho said.

"It's just a single case where the doctor used the HIV protease inhibitor plus a drug called oseltamivir for influenza," he said, adding "there is no evidence that the influenza drug works against this virus".

Having been at the forefront of HIV/AIDS research for three decades, Ho is best-known for championing the combination antiretroviral therapy, popularly known as "cocktail therapy". This approach, which combines drugs against HIV/AIDS, allowed the control of HIV replication in patients.

Ho explained that NCP is very different from HIV. "For HIV, if you don't use a combination of drugs, it won't work," he said.

The number of confirmed cases of NCP rose to 37,198 on the Chinese mainland as of Saturday, including 811 deaths.

Ho said that NCP, which "has spread very extensively" is about three or four times less aggressive than severe acute respiratory syndrome, but is about 10 times more aggressive than the regular seasonal flu.

But when putting this new epidemic in a larger context, Ho said even though the number of the cases is enormous, there are "about 5 million flu cases every year on average" and "at least 5,000, if not 10,000 deaths from seasonal flu".

"And the numbers would be much worse for a more aggressive seasonal flu, yet we almost pay no attention to flu," he said.

"So that would at the moment dwarf this new outbreak," he added.

Ho believes weather and environment plays a huge role when estimating the prospects of the epidemic.

"If we take prior lessons, for example, for seasonal flu, it typically goes away as spring arrives with the warm weather and people are going out, and the virus doesn't stay alive on surfaces for as long," he said.

Taking the SARS experience for reference, Ho said "it occurred in the late fall 2002, it peaked in the winter months of early 2003. By the time summer arrived, it was almost entirely gone."

"So that's the natural course that we expect," he said.

"But exactly when this epidemic will peak, that's what we're waiting to see," he added.

Ho pointed out that "if the new case numbers begin to slow down, then we could expect probably four to six weeks after that, they would be at a natural decline".

Since the outbreak, China has made tremendous efforts in controlling and preventing the epidemic.

"I would say on the science side, China gets a very good grade, an 'A' for example," he said.

"Chinese scientists were able to identify the virus, make the diagnostic tests, and share the viral RNA sequences with the world. That's a remarkable achievement in a very short period of time," he added.

On the public health surveillance reporting and transparency side, Ho said it should be further improved.

"The rule should be very strict … there should not be confusion, and transparency is absolutely required in dealing with epidemics in order to ensure public trust," he added.

Currently, the global scientific community is watching the outbreak closely.

"In the short term, we have nothing," Ho admitted.

"What we're trying to do is to think about how quickly we can develop new drugs, that target not only this virus, but also the SARS virus, the MERS virus and any related coronavirus," said Ho, who is scientific director of the Aaron Diamond AIDS Research Center and a professor of medicine at Columbia University Vagelos College of Physicians and Surgeons.

As the world's largest private HIV/AIDS research center, the Aaron Diamond AIDS Research Center is committed to finding solutions to end the AIDS epidemic by conducting basic discovery research and by developing novel therapies, vaccines and other prevention strategies.

"Given this outbreak after SARS and after MERS, we need to develop solutions that are more permanent," Ho stressed.

"It's not clear whether this 2019 coronavirus will come back in the same form five years from now. It could come from a related coronavirus," he said.

"So what we need from the scientists is to develop drugs or vaccines that will protect against all or most of the coronaviruses, because the next one may not be exactly the same," he added.

Ho called for continued research into promising products that are "not limited to one specific coronavirus, but for many in this family and have a long-term solution", he said.

Ho said for vaccine development, it's going to take much longer, but it should be done.

"We are looking at the structure of the surface protein of this virus and trying to understand among many different strains, what's conserved and what's variable," he said.

"From that, we hope to engineer a vaccine that will protect against all coronaviruses. But that's maybe a five-year project," he added.

In the meantime, Ho said, "We could also construct antibodies that would block many different strains of coronavirus. This effort is underway, and we have a team at Columbia that has great deal of experience in antibody development.

"Collectively, members of our group of scientists have advanced six antibody products into the clinic for human testing, with one already approved by the FDA."

Ho said he has already discussed this with colleagues in China. "For example, Chris Chen of Wuxi Biologics believes that if we had a good neutralizing antibody against 2019-nCoV, his company can get it manufactured in three months."

Ho estimated that if the epidemic continues to spread, "then some of the drugs that are identified to be active, or some of the antibodies that have been constructed to inactivate the virus, on the time scale of six months, they could be turned into experimental products to be tested here."

The novel coronavirus is making Ho's team even busier.

On very short notice, Ho's research team is helping in combating the fast-spreading outbreak in China in case the current epidemic does not wane.

"I've just been on the phone these past two weeks about how we could work with Wuxi AppTec to take some of their chemistry expertise and put it into our biology program to look for polymerase inhibitors and protease inhibitors and how we may work with them. 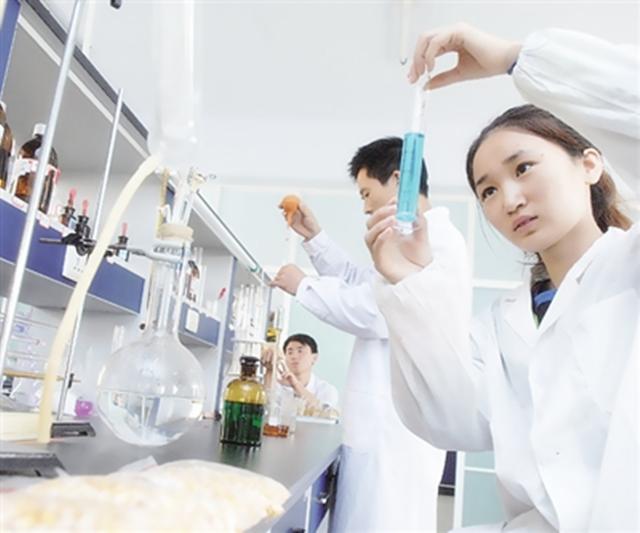 "Specifically, we have assays that could rapidly screen compounds that Wuxi AppTec could provide to us, focusing initially on drugs that have already shown activity against other viral polymerases and proteases."

He added that Wuxi AppTec is now preparing those chemical compounds as well as analogues of those compounds for screening.

"Adding in other chemical entities, we may have to screen as many as 300,000 different chemicals, according to Guo Tao who heads its chemistry efforts. But the lab assays to do that is now so fast and efficient. It's definitely feasible," he said.

"Even though I've lived three-quarters or more of my life in the US, I still feel very much culturally I'm Chinese," said Ho. "That's why if there is a problem that pops up in China that I could do something about, I generally run to it," he added.