Embalmer uses 3D printing to restore the expressions of his clients 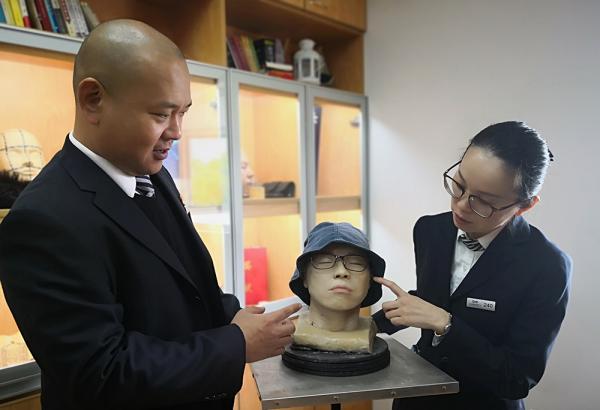 3D printing technology is now being used to serve another purpose in life: to reshape and restore the remains of the dead.

Wang Gang, an award-winning makeup artist and embalmer based in Shanghai, has been working in his field for 22 years. He launched China's first studio that works to restore the features of someone who had died, and he's the first one in his industry to use 3D printing technology to help him in this work.

Sometimes the expression on the face of someone who has died isn't a peaceful one. And depending on the cause of death, their face might be injured. Wang Gang has sought to develop new cosmetic restoration techniques so that the family can have a more positive final memory of their loved one.

His studio scans the person's face to create a 3D image. He then uses a 3D printer to create castings that are used to repair the person's face. Wang says that the end result is a highly accurate restoration of the person's appearance that can be completed in less than two days.

Despite the progress he has made in this unique art, Wang Gang is still not satisfied. He believes that although the 3D scanning and printing saves a lot of time compared with traditional restoration techniques, there are still issues such as the limited range of materials that can be used. He said that he longs for a technology that can fully restore the deceased person's appearance in even less time than it takes to do the current 3D scanning and printing.