Emergency ascent in Indian Ocean as sub fills with smoke 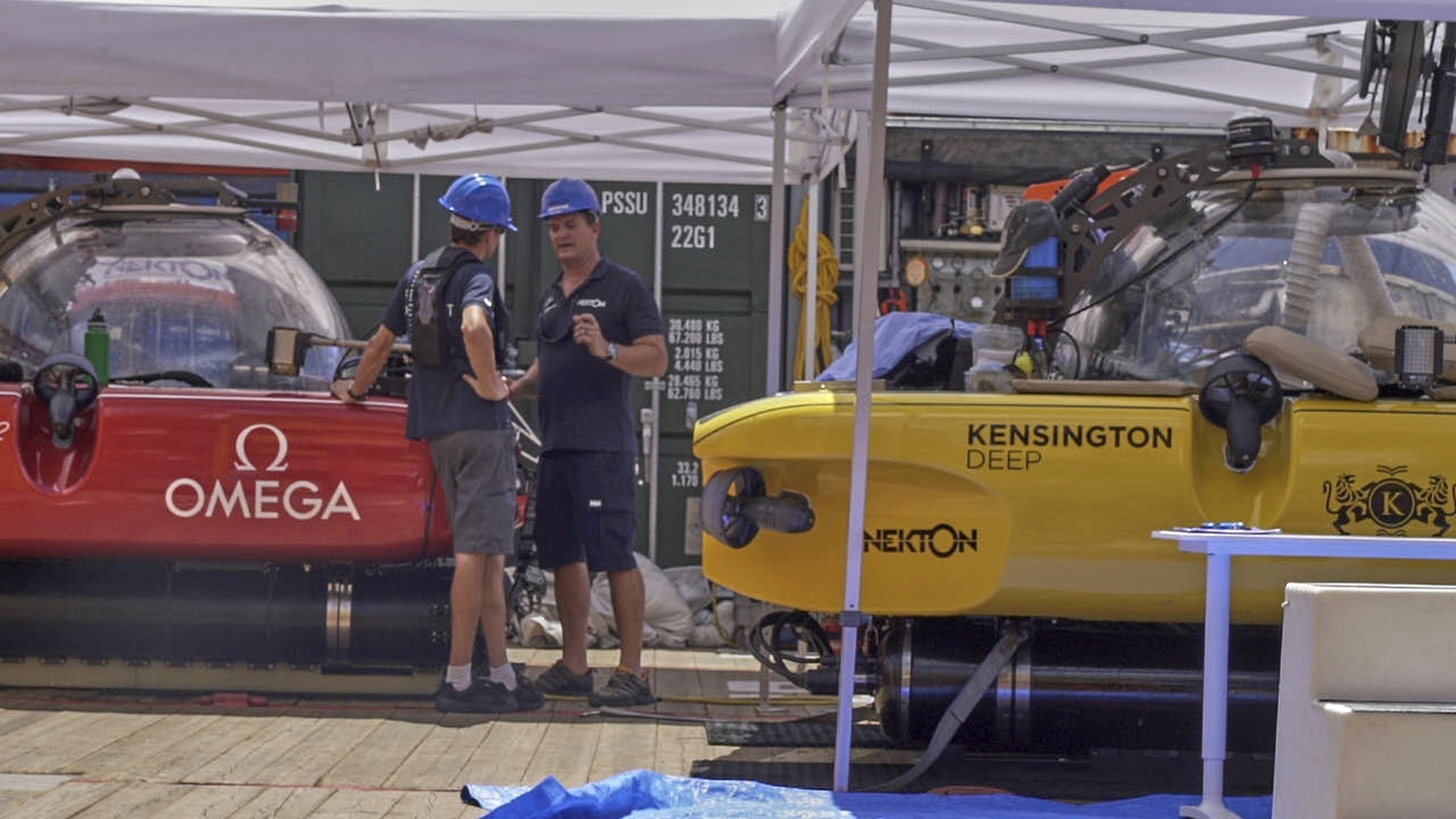 Submersible pilots from the UK-led Nekton Mission converse after one of their craft was forced to conduct an emergency ascent from 250 meters beneath the surface of the Indian ocean off the Seychelles, Tuesday March 19, 2019. (Photo: AP)

A British scientist and her American pilot made an emergency ascent from 100 meters (328 feet) beneath the surface of the Indian Ocean on Tuesday after smoke filled the cockpit of their submersible.

The pair with the British-led Nekton Mission investigating climate change off the Seychelles was safe and recovering on the mother ship. An electrical fire was being investigated.

The mission said it expected to be back in the water on Wednesday, adding that emergency procedures had worked well.

The sub was off Aldabra Island when pilot Robert Carmichael smelled smoke and immediately began to ascend. He told The Associated Press he quickly fitted breathing masks to his passenger, Molly Rivers, and himself. He began an emergency rise to the surface as the oxygen indicator fell to zero.

“It’s the greatest fear: fire inside the cockpit. Your greatest fear. Where are you going to go?” Carmichael said.

A member of the sub’s support team said it took 23 minutes to reach the surface.

The vessel was one of two involved in Sky TV’s “Deep Ocean Live” program, part of a two-year campaign by the British broadcaster to focus attention on the state of the world’s oceans.

The Nekton Mission is documenting changes taking place beneath the Indian Ocean that could affect billions of people in the surrounding region over the coming decades.

The mission has been dogged with bad luck since it left Victoria, the Seychelles capital, at the beginning of March. Poor weather forced a change in route, an underwater drone was temporarily lost when the ship’s propeller cut its cable and other key equipment has malfunctioned.

The Associated Press is the only news agency working with British scientists from the research team. Sky News is the mission’s programming partner. AP video coverage will include exploring the depths of up to 300 meters off the coast of the Seychelles, the search for submerged mountain ranges and previously undiscovered marine life, a behind-the-scenes look at life on board, interviews with researchers and aerial footage of the mission.

The seven-week expedition is expected to run until April 19.