Some Chinese crested terns, a critically endangered bird species, were captured on camera on the coast of east China's Fujian Province. The birds were photographed foraging on the beach. 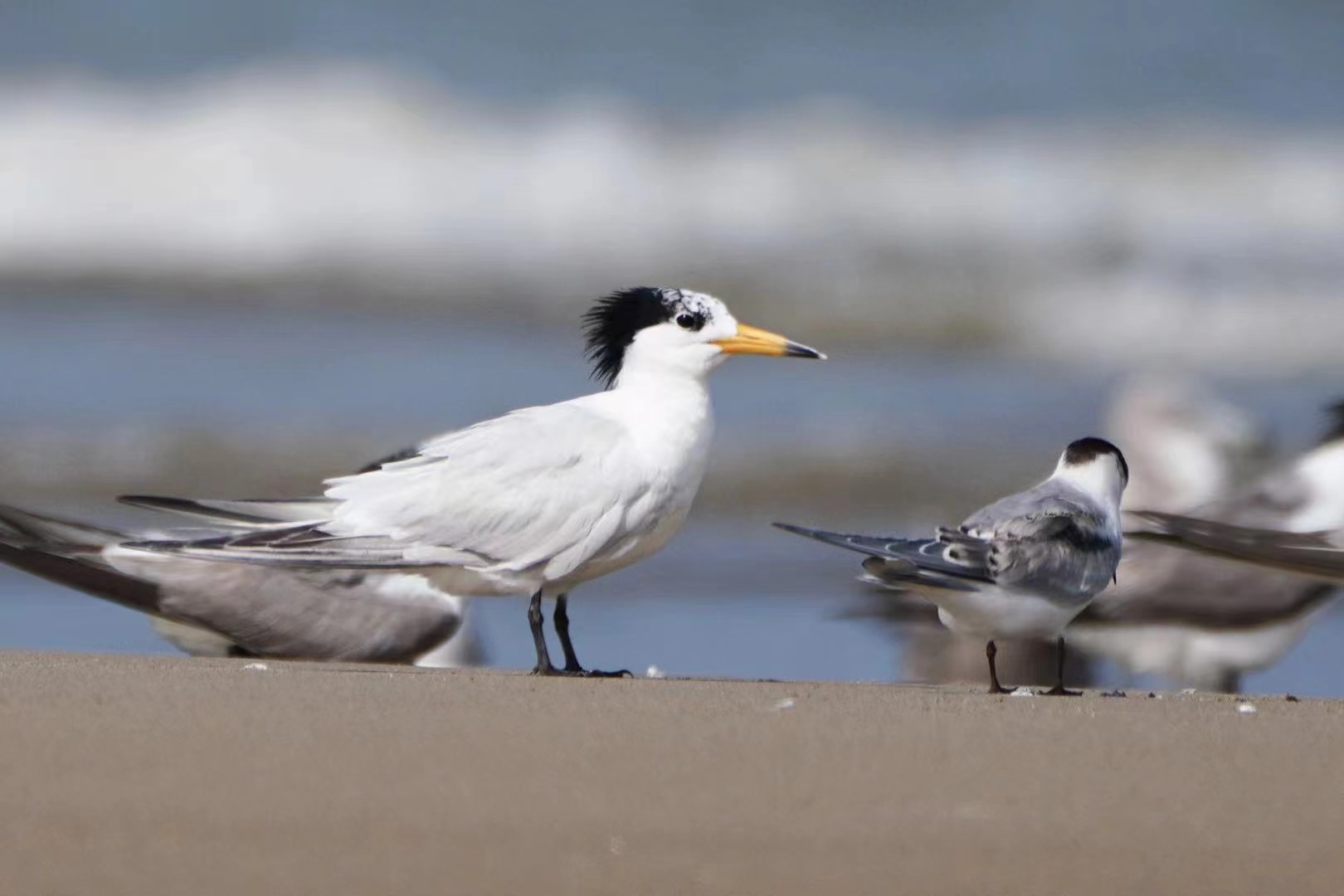 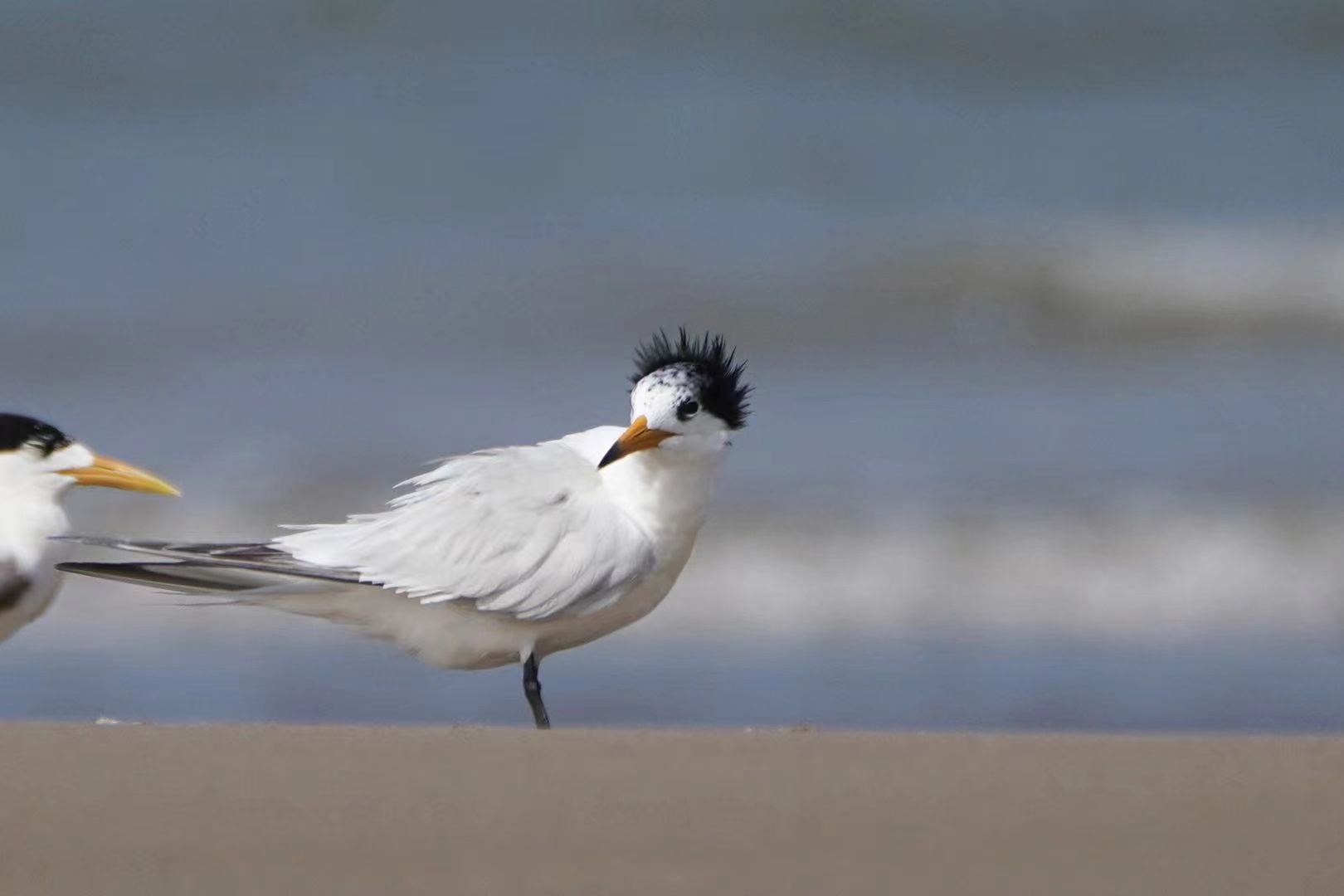 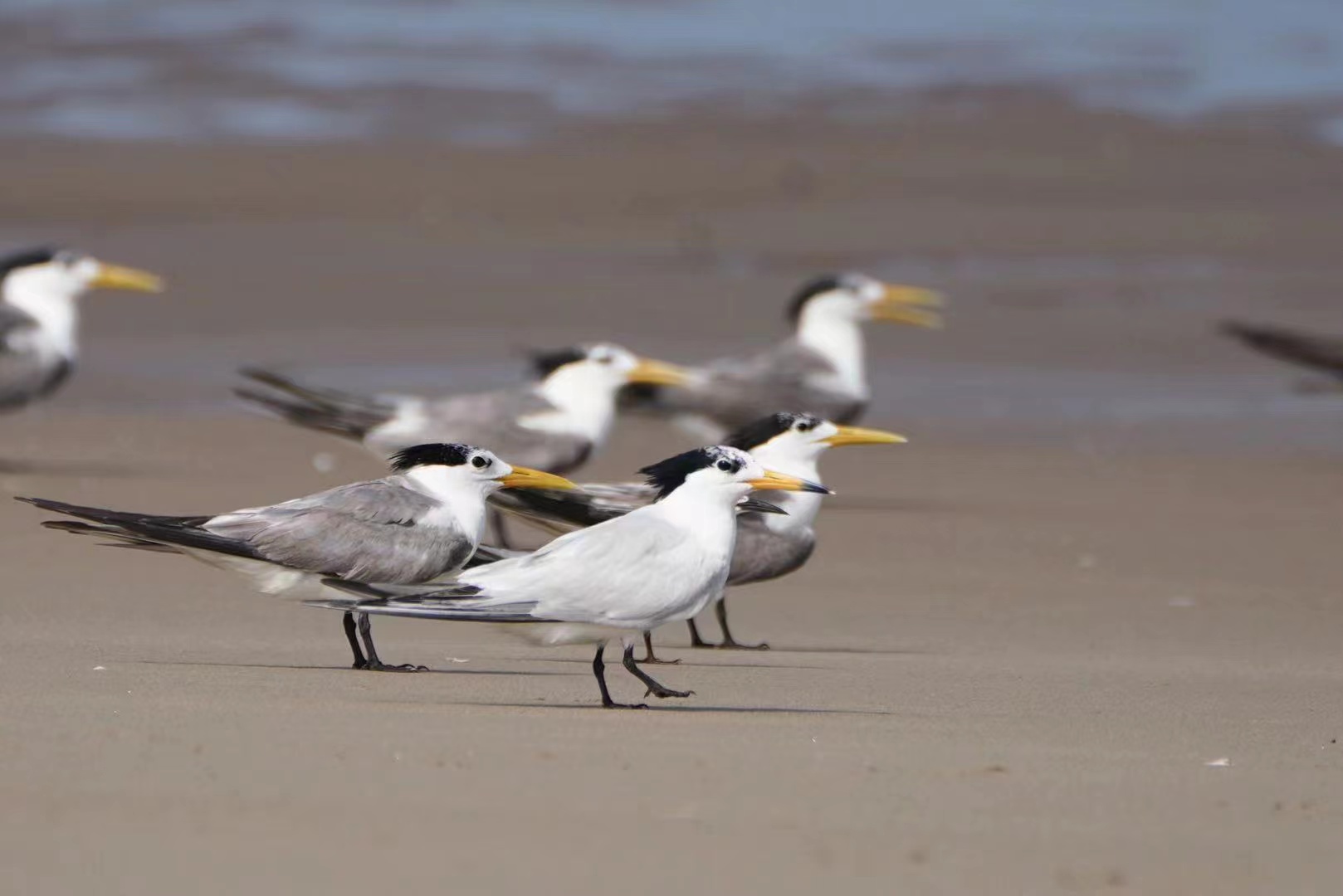 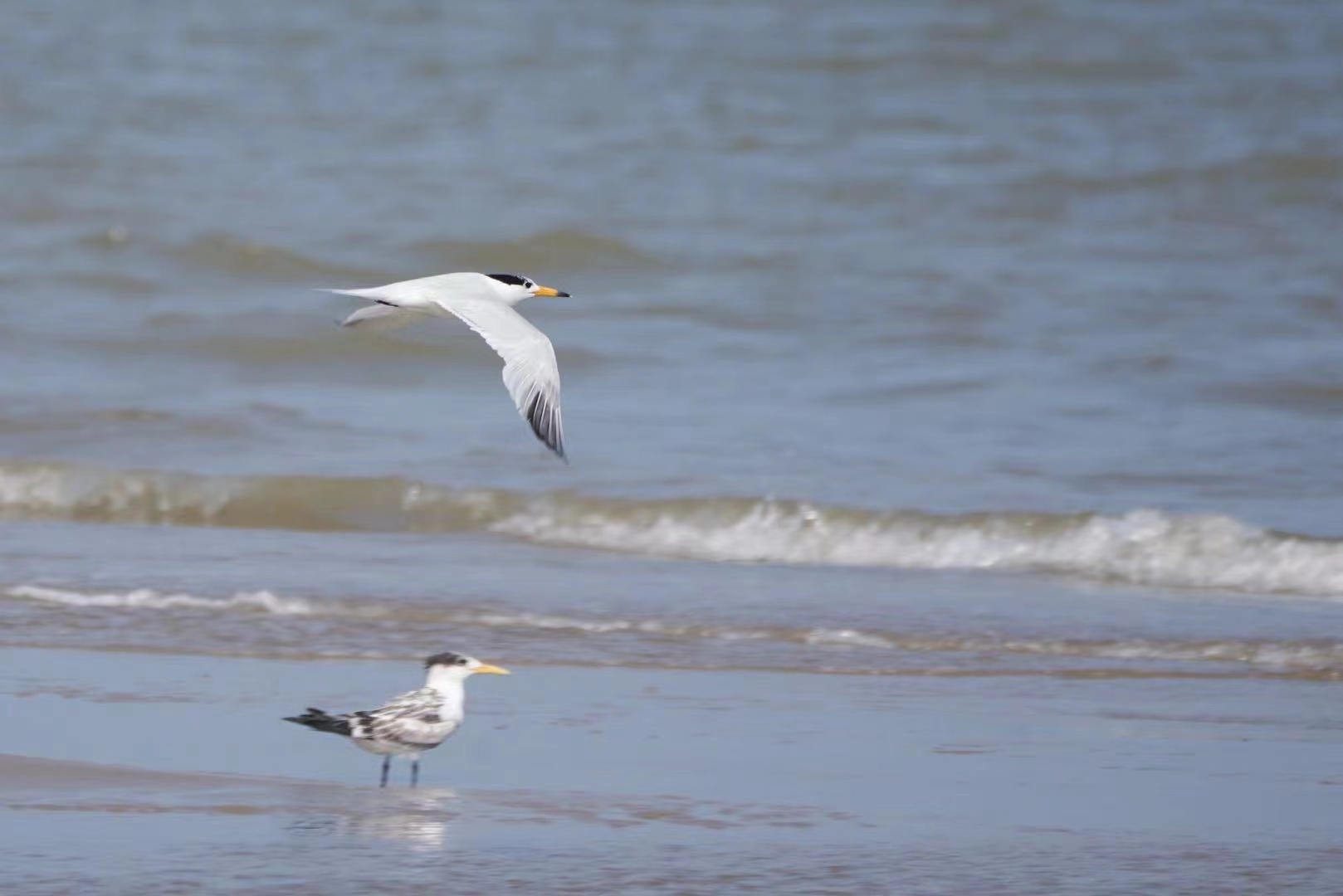 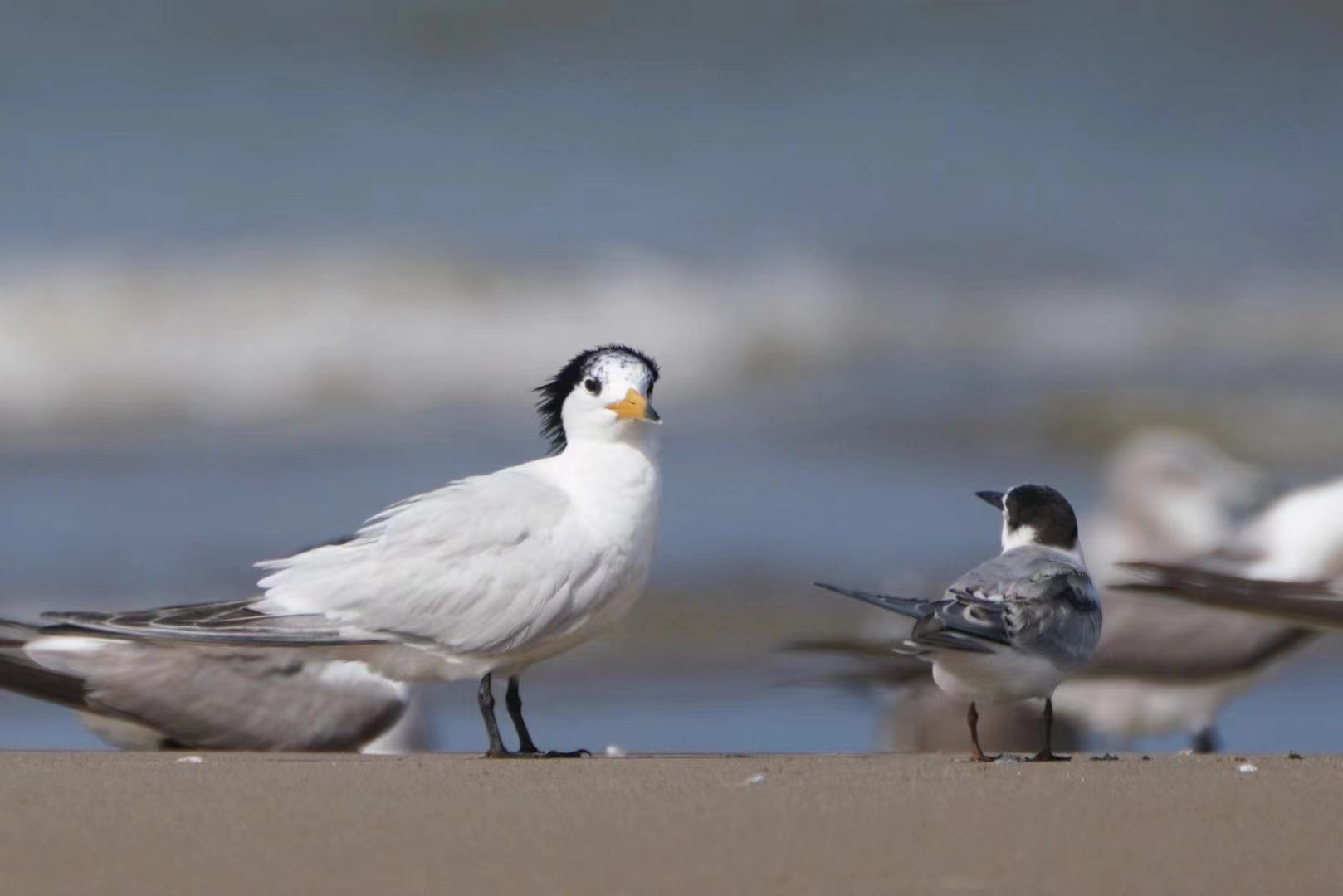 The tern, once considered extinct after its first discovery in 1861, currently has a very small population. Media reports say that less than 100 exist in the world.

Bird lover Fang Qiaoran took the photos on a birdwatching trip to the coastal area to look for Sooty tern, also a rare bird.

(All images via VCG)