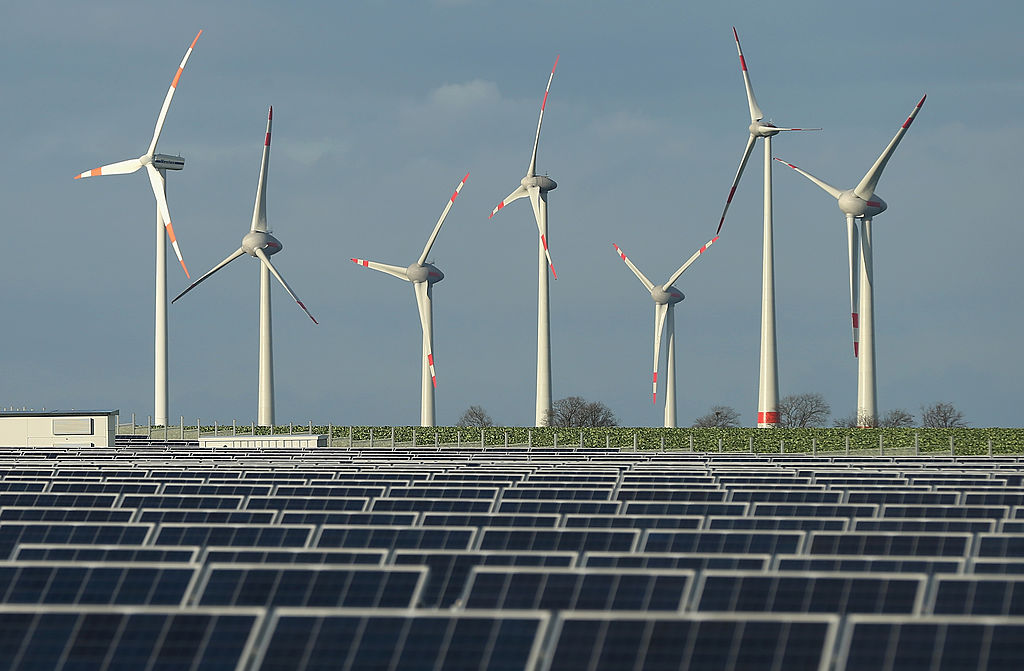 The world must take "radical action" by investing $5.7 trillion in private and public money each year through 2030 to shift away from fossil fuels and ensure the planetary warming they cause doesn't pass dangerous thresholds, the International Renewable Energy Agency (IRENA) says.

In a 348-page report published Tuesday on the state of the global energy transition, the agency said a massive increase in solar and wind power generation is needed, along with improved energy efficiency, electrification of transport and heating systems, expanded use of hydrogen made with renewables and greater efforts to capture carbon emissions.

Scientists say global emissions need to drop 45 percent by the end of this decade compared to 1990 levels. But recent data show that despite rapid growth in renewable energy, total emissions are going up, not down, amid rising energy demand and the expansion of fossil fuel use.

"The energy transition is far from being on track, and anything short of radical action in the coming years will diminish, even eliminate, chances to meet our climate goals," said Francesco La Camera, the director-general of IRENA.

Countries agreed seven years ago in Paris to limit global warming to 2 degrees Celsius, ideally no more than 1.5 Celsius, to avoid potentially catastrophic consequences for the planet. With temperatures now more than 1.1 degrees Celsius above the pre-industrial average, a recent report by a UN science panel found that billions around the world are already vulnerable to climate disruption.

La Camera told an energy conference in Berlin that "not only the 1.5 Celsius, the 2 Celsius goal is really in danger if we don't act and don't make a dramatic change in the way we produce and consume energy.”

IRENA, which is based in the oil-rich Gulf emirate of Abu Dhabi, said investments of $700 billion should be diverted away from fossil fuel expansion such as drilling wells, laying pipelines and building power plants that can't be used anymore.

This demand was echoed by UN Secretary-General Antonio Guterres, who called for an end to private sector financing for coal power, which surged to record highs last year.

"Lenders need to recognize that coal and fossil fuels are futile investments that will lead to billions of dollars in stranded assets," he said.

With countries such as the United States ramping up domestic fossil fuel production amid energy price hikes and fears of supply shortages because of the conflict in Ukraine, Guterres urged governments not to delay the shift away from fossil fuels.

"The current crisis shows that we must accelerate, not slow, the renewable energy transition," he said. "This is the only true path to energy security.”

Such calls have met with mixed results.

At a forum in Dubai this week, energy ministers of major oil producers Saudi Arabia and the United Arab Emirates, as well as the secretary general of the OPEC oil cartel, insisted that fossil fuels are part of the energy transition and hundreds of billions of dollars in oil and gas investments are still needed.

While the two Gulf countries have pledged to reduce emissions within their borders to net zero, they tout their barrels of oil as less carbon-intensive than those extracted elsewhere and have no plans to scale back production. The Organization of the Petroleum Exporting Countries (OPEC) expects more oil will be needed in the coming decades, mainly due to a population boom in Asia.

Even Germany, which seeks to become carbon neutral by 2045 and recently announced a raft of new measures to further boost renewable power, continues to mine coal for energy needs. Utility company RWE this week won a court case allowing it to bulldoze a farm in the western German village of Luetzerath in preparation for the expansion of a nearby lignite mine.

Yet solar and wind are making great strides, a separate report published this week by the environmental think tank Ember found. For the first time, they accounted for 10 percent of electricity generated globally in 2021, a milestone now reached by at least 50 countries, including the world's top five economies.

Among the seven nations that generated a double-digit percentage of their electricity from solar and wind for the first time last year were China, Japan and Vietnam.

Denmark topped the renewables charts in 2021, getting more than half of its electricity from wind and solar alone, while three countries, Vietnam, the Netherlands and Australia, switched almost a tenth of their demand from fossil fuels to renewables in the space of two years.

Ember calculated that to help meet the Paris accord's 1.5-Celsius goal, wind and solar generation must continue to grow by an ambitious one-fifth each year through 2030, meaning 20 percent of an ever-increasing base.