As US authorities prepare to investigate Silicon Valley's digital giants, they'll look for inspiration — and warnings — from Europe, where regulators have led global efforts to rein in Big Tech with only mixed results. 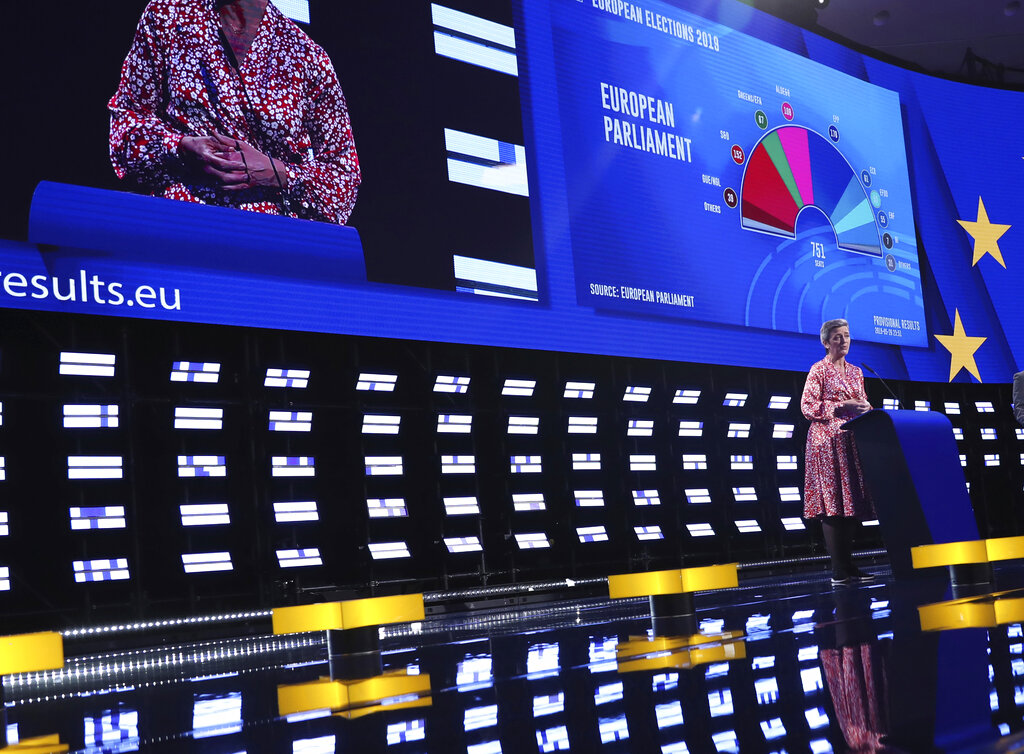 In this file photo dated Monday, May 27, 2019, Denmark's Margrethe Vestager, speaks at the European Parliament in Brussels. (Photo: AP)

The European Union's executive commission has slapped Google with multibillion-dollar fines for repeatedly abusing its market dominance to stifle competition. It has also demanded that online companies explain more clearly to users what happens to their personal data, ordered them to pay back billions in taxes and laid out the case for tougher rules covering the digital economy.

National authorities in Britain, Germany, Ireland and France, meanwhile, have mounted their own probes over privacy issues and proposed stricter rules on dangerous content.

Despite these efforts, the big technology companies' power appears undiminished, underscoring the challenge for US regulators.

"I don't think it takes a lot of time and effort or detailed study to realize that the commission decisions have not really had any effect," said Thomas Vinje, lead lawyer for FairSearch, a Brussels-based lobbying group backed by Oracle, TripAdvisor and others.

FairSearch was the main complainant in an EU commission case against Google over its Android operating system, one of three antitrust investigations the EU pursued against the US tech company. Vinje blamed the slow pace of the investigations and lack of effective enforcement "remedies" to restore competition.

The scope of the US regulatory actions is still unclear. The House Judiciary Committee said this week it's launching a sweeping antitrust probe of unspecified technology companies while the Justice Department and Federal Trade Commission are also reportedly preparing antitrust investigations.

In Europe, the EU commission has a long tradition of regulating tech companies more tightly, famously taking on Microsoft in the 1990s over its dominance of PC systems.

In the past year, the commission also opened a preliminary investigation into Amazon over concerns the e-commerce giant is using data to get an advantage over smaller third-party merchants on its platform. It's also considering a complaint from music streaming service Spotify against Apple over its app store.

"The original enforcement action against Google and search was the Big Bang moment for the 'tech-lash,' and this day would not be here if it were not for Commissioner Vestager," said Luther Lowe, senior vice president of public policy at Yelp, the San Francisco-based online review site, which filed its own EU antitrust complaint against Google.

He indicated that the company thought the investigations were still not far-reaching enough and hoped for further probes into other aspects of Google's "verticals" business, such as local search, an area in which it more directly competes with Yelp.

"Without a comprehensive remedy in the Google search determination case, her legacy as the vanguard leader on these issues could be undermined," Lowe said.

Vestager, whose five-year term end in October, said in a speech this week that "we might see more cases like Google shopping," but warned against assuming that competition rules are the only way to rein in big tech companies' power. She said, for example, that stronger consumer protection rules would have a big role, too.

While fines against the likes of Google have made for eye-catching headlines, they haven't changed the company's behavior much. Wealthy tech companies can easily pay off financial penalties that are limited to 4% of revenues; Google's nearly $10 billion in fines, assessed over three years, was a fraction of its $137 billion revenue in 2018.

A more important factor is time. The EU received its first antitrust complaint against Google in late 2009, which means that by the time the commission wrapped up its three investigations with the AdSense decision in March, 10 years had passed. Google is appealing all three decisions.

A decade is an eternity in the tech world, where companies like Facebook pride themselves on the ability to "move fast and break things."

The commission required Google to also come up with solutions, but Vinje of FairSearch said it failed to enforce "serious remedies" requiring changes that would make the market fairer again.

For example, Google gave smartphone users new options to choose search apps and browsers after the Android decision and it also tweaked its shopping results.

Vinje said that wasn't good enough and US regulators would be better off taking guidance from German authorities, who issued a recent ruling on Facebook that took a different approach to tackling anticompetitive behavior.

The Federal Cartel Office took just less than three years to issue a ruling in February making it harder for Facebook to combine data from all its services, including WhatsApp and Instagram, in order to target ads more precisely.

It ruled that Facebook must get permission separately before using customer data from other apps and websites to target ads.

German regulators understand that they were in "novel territory" and that instead of imposing big fines, Vinje said, they focused on "requiring rather significant changes to Facebook's conduct, that go to the heart of Facebook's business model."