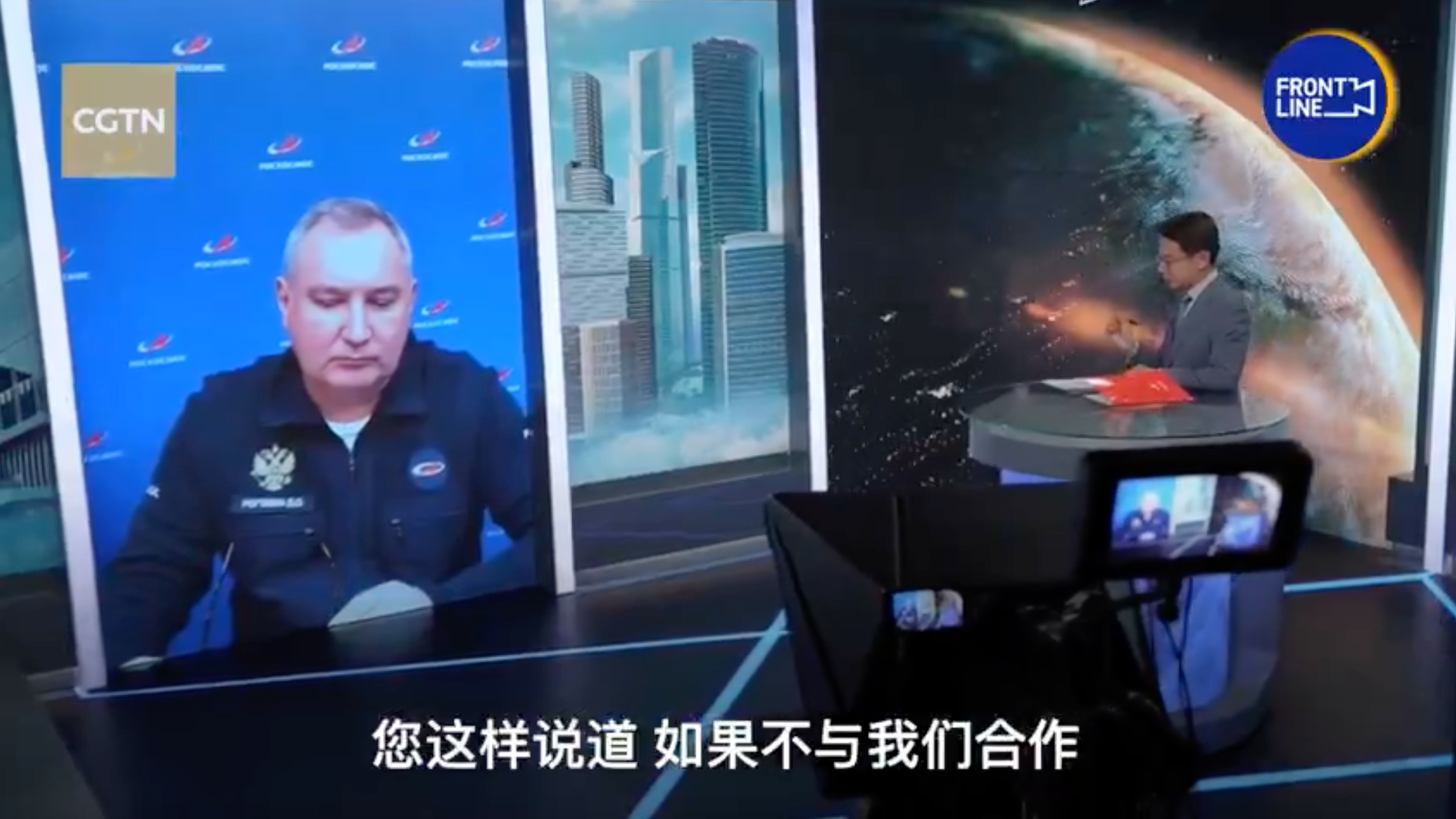 A screenshot of CGTN's exclusive interview with the head of Roscosmos, Dmitry Rogozin, April 2, 2022. /CGTN

In an exclusive interview with CGTN on Saturday, the head of Russia's space program said that Russia's role in space exploration is indispensable.

Rogozin said that Russia and Roscosmos perform exclusive functions to the ISS, including orbit raising, space debris avoidance and fuel delivery, as well as sending astronauts to the station.

As for the Mars expedition research program, the ExoMars, Rogozin said that Russia holds crucial accountability for rocket launching and the construction of the surface platform on Mars.

Together with two missions, one Trace Gas Orbiter and the other that comprises of a rover and surface platform, the project was designed to discover trace of life on Mars.

Rogozin added that the second mission cannot be carried out if Russia is left out, as the construction of the surface platform requires more complicated techniques, including soft landing on Mars, and will serve as an independent research hub.

The European Space Agency-led rover, according to Rogozin, "is not an indispensable element."

"I believe we could complete the mission with other international partners, such as China and other countries," he said.

Apart from the jointly initiated International Lunar Research Station by China National Space Administration and Roscosmos, Rogozin added that he looked forward to more space collaborations with China on projects such as building new modules on China's space station.

"If we want to become friends in space, we must be friends on Earth," he said.