A leading Chinese scientist who co-led the expert panel from China and the World Health Organization to trace the source of COVID-19 has slammed attempts to politicize the study and misinterpret its conclusions, saying that the research was based on science, close collaboration, openness and hard work. 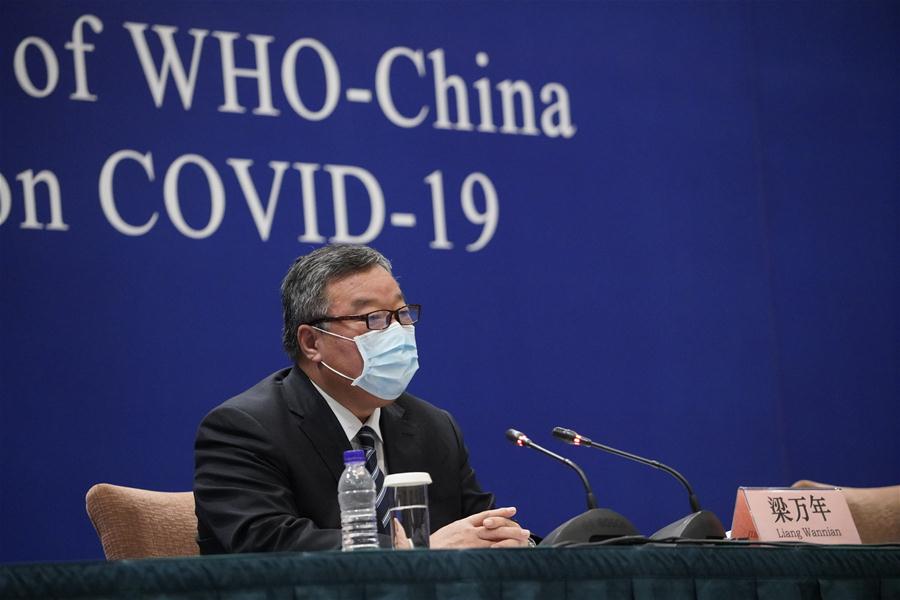 The remark by Liang Wannian, a public health professor at Tsinghua University and leader of the Chinese team of the joint expert panel, came as a WHO spokesman announced on Monday that a research report on the field trip to Wuhan from Jan 14 and Feb 10 might be released next week.

Liang said in an interview with China Daily that the result of the study reflected the consensus of both Chinese and foreign experts, and the origin-tracing of the pathogen could require the joint, long-term endeavors of scientists.

Some foreign politicians and media outlets have shown great disrespect for the work of scientists by seeking to politicize the study on the origins of COVID-19 and deliberately misinterpreting the expert teams' conclusions and report, he said.

Chinese and foreign experts are jointly drafting the full text of the report, which involves substantial content, and the scientists are doing their best to ensure its integrity and precision, he said, adding that was why the process was taking some time.

"The international community, especially the community of scientists, should jointly uphold a scientific spirit and conduct origin-tracing on the basis of respecting science and facts," he said.

Liang played down hopes that the team, comprising about 30 scientists from China and the WHO, could provide a clear answer to all problems within about 30 days.

It will still require continuous, in-depth study by scientists on questions such as how the virus emerged, in which way it jumped to the human population and how was it introduced to Wuhan, he said.

However, the research did mark a good start in the global tracing of the virus as it revealed findings in five aspects, he said.

The onset date of the earliest case was Dec 8, which was revealed by the monitoring of diseases and the search for earlier cases in the city, he said, adding that the experts also found that the Huanan Seafood Market did play a certain role in the pandemic taking place and developing.

"The virus is of natural origin, and the greatest possibility is that the virus was transmitted from a natural reservoir to an intermediate host before jumping to humans. The spread through cold chains, a new way of transmission, played an important role in the origin and transmission of the pandemic," he said.

He reiterated a conclusion revealed by WHO experts at a news conference on Feb 9 that it is "extremely unlikely" that the virus spread to humans through a laboratory leak.

These views were shared by Peter Ben Embarek, the WHO program manager and mission leader, who said in an interview last month that the outcome of the mission was a win for the international scientific community.

Liang also refuted reports that there were strong disagreements or conflicts between the Chinese and foreign experts from the panel, saying that both sides have highly recognized each other's professionalism and scientific spirit.

At the start of the joint research, the experts came up with the principles on which they would work together to make plans, conduct field research, draft the report and make it public, he said.

Liang underscored that the joint China-WHO COVID-19 origin research expert team in Wuhan is totally independent, and the experts have been offered opportunities to speak to a variety of groups, including medical workers, laboratory workers, researchers, market managers, vendors and members of the public during the process.

He explained that Chinese experts had conducted across-the-board work on gathering related data on the origin tracing starting in July, after the terms of reference were formulated for the expert panel.

China organized related units and hundreds of scientists to conduct work on data gathering and preliminary analysis before displaying the data to WHO experts, he added.

However, the country could not allow the experts to copy the original data in some cases in order to protect the privacy of patients in accordance with Chinese law, he said, adding that the foreign experts have expressed their full understanding regarding this issue.