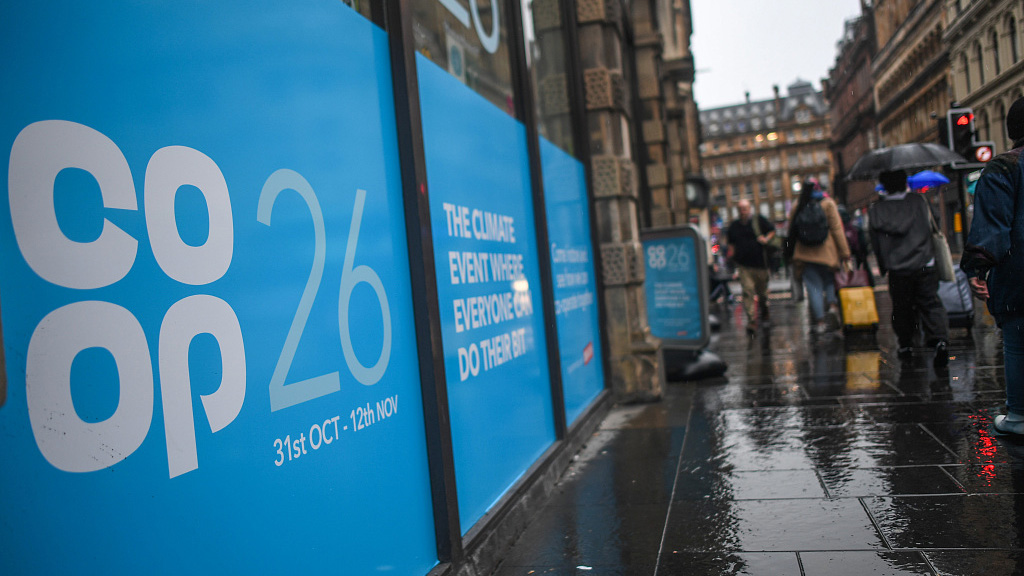 In the lead-up to the COP26 United Nations Climate Conference in Glasgow this week, experts expressed optimism about China's achieving its ambitious low-carbon goals through multiple policies and experience in the last decade.

"China has integrated emission reduction target into its broader social development planning and strategy," said Teng Fei, deputy director of the Institute of Energy Environment and Economy in Tsinghua University.
Beijing emphasized that clean and low-carbon energy is crucial to sustainable development when unveiling a white paper detailing the country's low-carbon efforts over the years.

"In recent years, China has been largely adjusting and upgrading the energy structure by diverting heavy reliance on coal to low-carbon consumption," said Sun Zhen, deputy director-general of the Department of Climate Change in the Ministry of Ecology and Environment.

To tackle global warming, China has pledged to cap fossil fuels despite that the world's biggest developing country has used coal as a major source of energy security for decades.

The proportion of coal in the mix has hit historical lows, from 72 percent in 2005 to 57 percent in 2020. And for the first time, the installed renewable energy capacity is expected to surpass that of coal-fired power generation in 2021.

Professor Teng said policymakers established an all-government mechanism to deliver the climate target, combining with a market-based and standard policy.

"For this year, China has launched the largest carbon trading scheme in the world to increase the cost-efficiency of these policies and matter," said Teng, noting more than 2,000 power companies are involved in the scheme that is supposed to cover 4 billion tons of carbon emission.

This September, Chinese President Xi Jinping told the UN General Assembly that China will halt new coal projects overseas. To fill in the energy vacuum, China vows to step up wind and solar power, which is set to produce 1.2 billion kilowatts in its total installed capacity by 2030.

It is considered a test of the resilience of its electricity network, given the energy crunch in provinces this year. Though an ambitious action plan, experts believe it is feasible given China's experience in reducing carbon emission in the last decade.

"If we keep the pace, we can achieve the target for 2030," said Liu Weidong, deputy director at the Institute of Geographic Science and Natural Resources Geography, CAS, admitting the target a "very harsh and difficult" one.

And that target, compared to the 2005 level, is to lower its greenhouse gas emissions per unit of GDP by over 65 percent while increasing the share of non-fossil fuel energy consumption to around 25 percent.

The climate conference in Glasgow comes when a recent UN report says some G20 countries are not meeting their targets, including the United States, Australia, Brazil, South Korea and Mexico.