NASA on Friday celebrated its latest class of graduating astronauts at a public ceremony in Houston, honoring a diverse and gender-balanced group now qualified for spaceflight missions including America's return to the Moon and eventual journey to Mars. 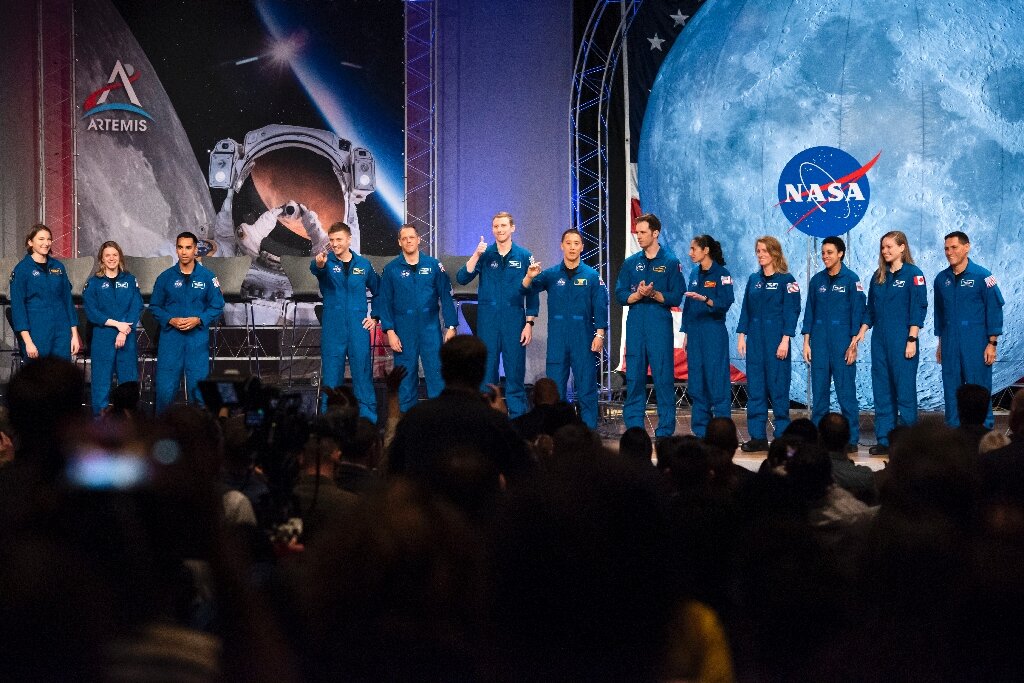 After completing more than two years of basic training, the six women and seven men were chosen from a record-breaking 18,000 applicants representing a wide variety of backgrounds and specialties, from pilots to scientists, engineers and doctors. (Photo from website)

After completing more than two years of basic training, the six women and seven men were chosen from a record-breaking 18,000 applicants and represent a wide variety of backgrounds and specialties, from pilots to scientists, engineers and doctors.

The group included two candidates from the Canadian Space Agency (CSA), which has participated in a joint training program with the United States since 1983.

"They are the best of the best: They are highly qualified and very diverse, and they represent all of America," said NASA Administrator Jim Bridenstine.

The class included five people of color, including the first Iranian-American astronaut, Jasmin Moghbeli, who flew helicopter combat missions in Afghanistan and holds an engineering degree from MIT, and geologist Jessica Watkins, who joins only a handful of black women to complete the program.

The group, known as the "Turtles," wore blue flight jumpsuits and took turns approaching the podium to receive their silver astronaut pins, as their fellow classmates paid tribute to their character in the first-ever public graduation ceremony.

The tradition of handing out pins dates back to the Mercury 7 astronauts who were selected in 1959, with participants receiving their gold pins once they complete their first spaceflights.

After being selected in 2017, the class completed training in spacewalking at NASA's underwater Neutral Buoyancy Lab, robotics, the systems of the International Space Station and piloting the T-38 training jet, plus Russian language lessons.

They are the first to graduate since NASA announced the Artemis program to return to the Moon by 2024, this time on its south pole, as the United States plans to place the next man and first woman on lunar soil and set up an orbital space station.

Part of the group's training therefore included studying the building blocks of that program, which are still being developed: the Space Launch System rocket, the Orion crew capsule and the gateway space station.

But NASA has already said that the crew of the first return Moon mission, Artemis 3, will be selected from previous graduates.

Astronauts play an active role in the development of spacecraft, and the current group will eventually join the ranks of the approximately 500 people in history who have ventured into space.

The 11 US astronauts bring the total number of NASA's corps up to 48.

Their diversity stands in contrast to the early years of space exploration, long dominated by white men (including all 12 people who have walked on the Moon), until Sally Ride became the first American woman in space in 1983 and Guion Bluford the first black astronaut the same year.

It also includes Indian-American Raja Chari, an Air Force colonel and aeronautical engineer; Frank Rubio, a medical doctor and Blackhawk pilot; and Jonny Kim, a decorated Navy SEAL and emergency physician, who holds both a doctorate in medicine from Harvard and a mathematics degree.

"When I heard about possibly being a NASA astronaut I thought that was a platform like no other where I could leave a huge impact on the next generation and also contribute to our nation's space exploration," Kim told AFP.

Watkins praised what she called NASA's emphasis on diversity.

"I think cultural and social change can be slow, even when it's trending in the right direction," she said.

The CSA's newest astronauts are Joshua Kutryk, a Royal Canadian Air Force lieutenant colonel, and Jennifer Sidey-Gibbons who holds a doctorate in engineering from the University of Cambridge where she was working as an assistant professor in combustion in the Department of Engineering.

Asked about the difficulties she faced in her career, Moghbeli said some had questioned her choices when she decided to join the military after graduating from MIT.

"In a post-September 11 world, did my parents think I was crazy? Yes, I'm pretty sure they did," she said, but added that her family then gave her their full support.

"It's because of that that I'm here today, and I think everyone feels similarly, but -- that being said -- there will always be people out there that doubt.