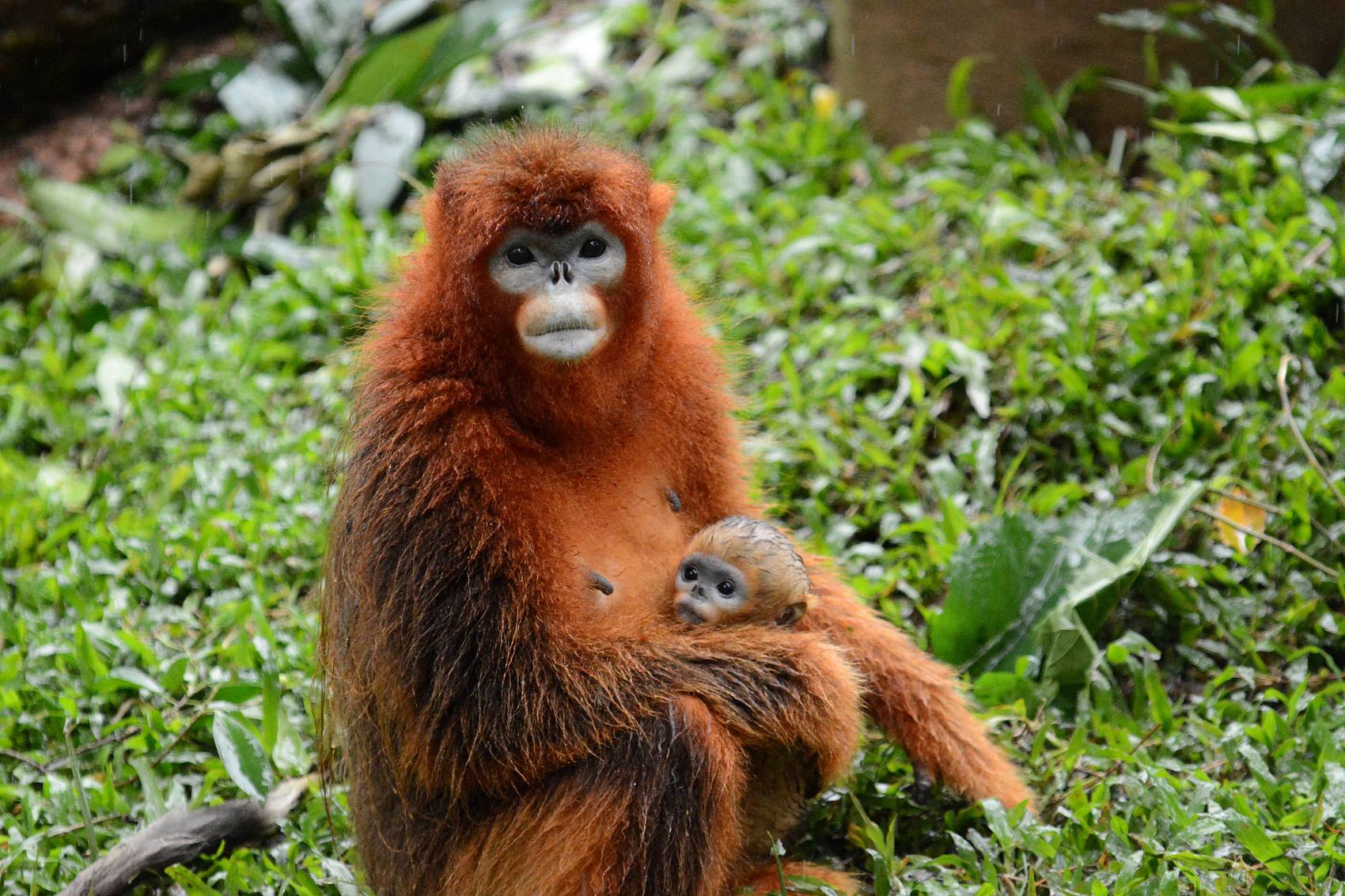 The research team, composed of scientists from Northwest University in Xi'an, capital of northwest China's Shaanxi Province, is also the country's first to systematically study golden monkeys in the wild.

The monkey face recognition technology aims to establish an identity information database of golden monkeys in the Qinling Mountains by extracting the animals' facial features.

The technology is still in the experimental stage and is currently able to recognize about 200 golden monkeys.

"We take 700 to 800 photos of each monkey, while the recognition rate can reach 94 percent," said Zhang He, a member of the research team.

After being fully developed, the system can be embedded in infrared cameras set in the wild, and automatically spot monkeys, name them and collect their behaviors, noted Zhang.

A sticking point of monkey face recognition is that the animal is hairier than humans with subtle facial feature differences, thus requiring the system to have a higher deep learning ability.

"We need more high-resolution images to improve the recognition rate," said team leader Li Baoguo. "But that is extremely difficult as the monkeys don't 'cooperate' with the cameras in the wild."

The new technology will significantly facilitate the study of the rare species when it matures, as traditionally, it would take scientists one to two years to conduct in-depth behavioral analysis for a specific colony of these monkeys.

"If the monkey face recognition technology is adopted, early studies of the species, including location, identification and the observation of behaviors, will be greatly shortened, thus improving research efficiency," said Li.

The Qinling Mountains house about 4,000 golden snub-nosed monkeys, a typical arboreal animal living all year round in the forests at an altitude of 1,500 to 3,300 meters.

The mountains also house a huge variety of plants and wild animals such as giant pandas and crested ibis.