The experiment was conducted discreetly. Between 2016 and 2018, two surveillance cameras were installed in the Kings Cross area of London to analyse and track passers-by using facial recognition technology. 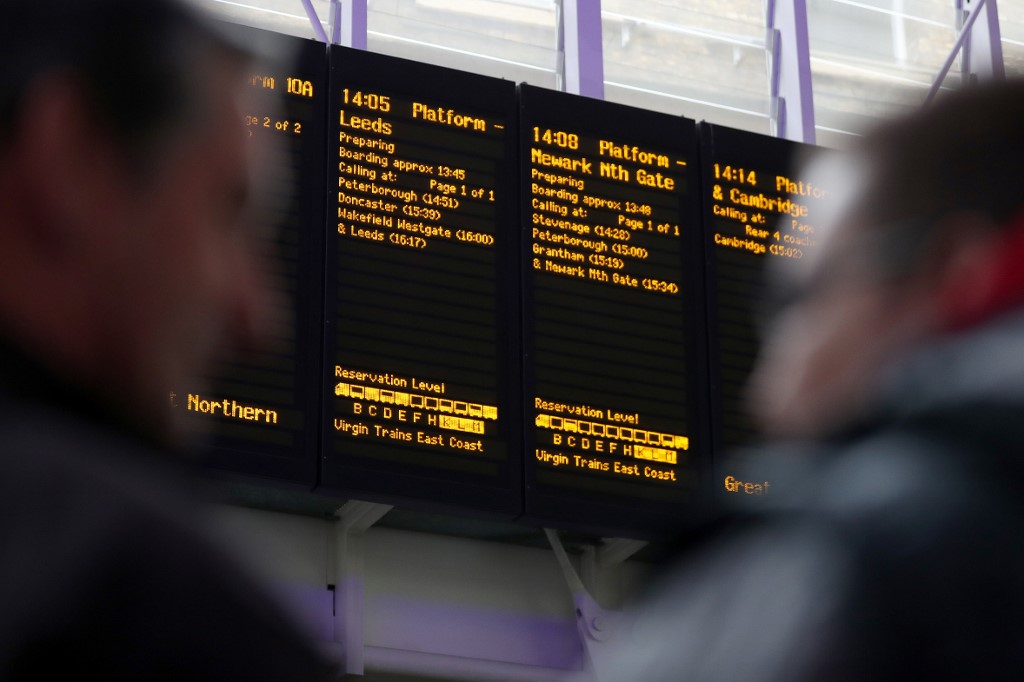 Passengers stand below an electronic display board for a Virgin Trains East Coast main line train services to Leeds and to Newark, on the concourse at London Kings Cross rail station in London on May 16, 2018. (Photo: AFP)

The deployment of the cutting-edge technology at one of the British capital's busiest transport hubs, which was first revealed in the Financial Times, has fuelled controversy in Britain where its use does not yet have a legal framework.

The company in charge of the project argued it has acted "only to help the police... prevent and detect crimes in the area", and that it had no commercial use.

But data watchdog the Information Commissioner's Office (ICO) seized on the case.

It opened an investigation and expressed concern about the increasing use of facial recognition, which allows for faces captured on camera to be compared with images stored to databases.

The Kings Cross case is not isolated, with shopping centres in Manchester and Sheffield, and a museum in Liverpool, also reportedly trialling the technology.

Privacy group Big Brother Watch has denounced the trend as an "epidemic", with other critics warning it risks undermining fundamental rights.