Zhao Ying, 61, has recently stepped out of her traditional way of life after seeing someone checking out at a supermarket by scanning their face. 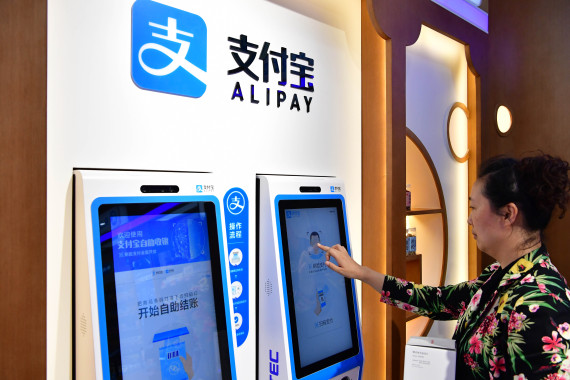 A citizen buys drugs through Alipay face-scanning service at a "future drugstore" in Zhengzhou, capital of central China's Henan Province, May 24, 2018. (Photo: Xinhua)

After chatting with her family, Zhao, who lives in Jinan, capital of eastern China's Shandong Province, learned that the facial recognition technology has been applied not only in shopping but also in various fields such as transportation, withdrawing money and seeking medical treatment.

"The face-scanning era is coming," her son told her.

Facial recognition, a technology based on human facial feature recognition, which is also the most mature technology in the era of artificial intelligence with the most applications, is changing people's lives in China.

On April 1, passengers in Jinan began to experience quick and easy entrance to subway stations by simply smiling at a screen to unlock the electric gates, instead of using tickets or swiping their smartphones.

The mobile app "Jinan Metro" is responsible for collecting users' images. The facial recognition system enables 33 people to pass the entrance gate every minute, while other traditional services can pass only 20 people through.

The facial recognition technology has gradually been introduced to the Chinese public after the 2008 Beijing Olympic Games. Since 2015, it has been widely used in fields of government affairs, finance and retail consumption, and several Internet giants in China are also promoting the commercial application of facial recognition.

The technology especially shines in the security field. Since last year, dozens of fugitives have been caught by the police with the help of facial recognition at Chinese pop stars' concerts in Nanchang, Jiaxing and Ganzhou.

Public security departments in Jinan, Chongqing and Wenzhou also applied the new technology to crack down on illegal activities. At present, a total of 120 face-scanning devices have been set up in Jinan to capture the pictures of pedestrians or drivers who run red lights. 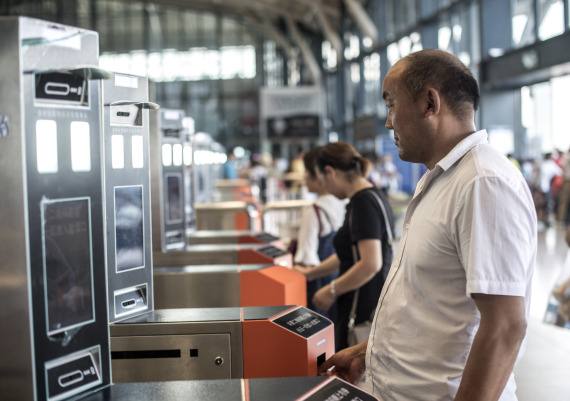 Wei Jinghuo, an official with the city's traffic police detachment, said after adopting the advanced system that most people are paying more attention to traffic order, and the number of offenders caught on camera has dropped dramatically.

In 2017, "paying with your face" was named one of the top 10 breakthrough technologies in the world by the MIT Technology Review. Other popular technologies in the field of artificial intelligence, including reinforcement learning and self-driving trucks, were also included.

Data from Shenzhen-based Qianzhan Industry Research Institute predicts that China's face recognition market size is expected to keep a growth rate of more than 20 percent in the next five years and will reach 10 billion yuan (1.45 billion U.S. dollars) by 2024.

Although people enjoy the convenience brought by facial recognition, they are also concerned about information security.

Wu Shenkuo, a law expert with Beijing Normal University, said that while strengthening the industry self-discipline and strictly checking the qualification of practitioners, legislative activities should be carried out in combination with the technical features and industrial application characteristics of facial recognition to protect individual privacy.