China's new deep-sea manned submersible "Fendouzhe" (Striver) set a national record by diving to a depth of 10,909 meters in the Mariana Trench in the Pacific Ocean earlier this week. 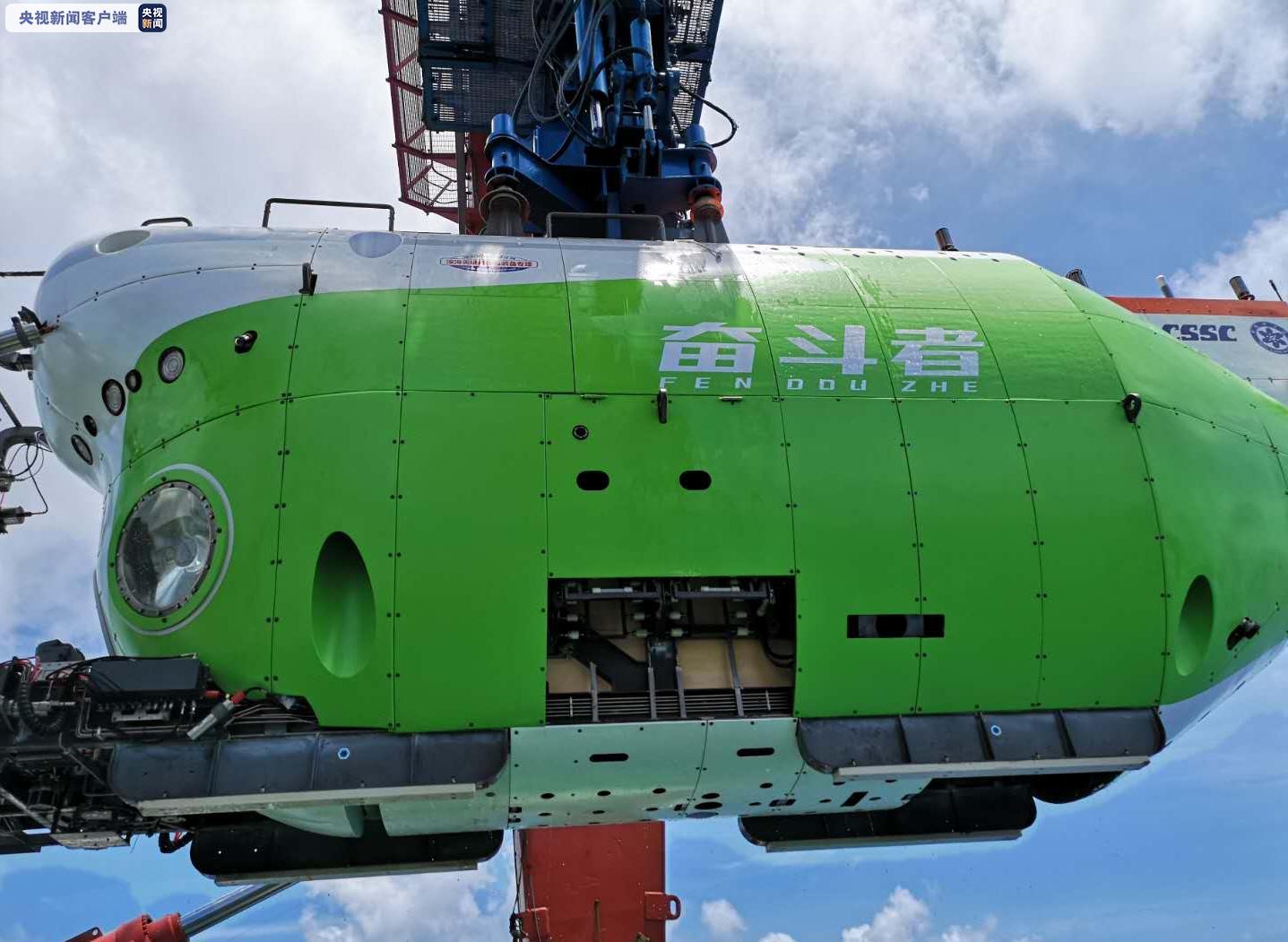 The submersible carrying three crew members landed on the seabed of the world's deepest known trench on Tuesday.

Over the past 30 years, China has explored further into the deep sea. Here is a brief overview of the country's submersible family.

In 1986, China's first manned submersible, the "7103 Lifeboat," was successfully developed. Although it could only dive 300 meters below the sea surface and travel at a speed of four knots, it was the most advanced manned rescue submersible at the time.

In July 2010, China's first self-developed deep-sea manned submersible, Jiaolong, named after a mythical dragon, reached 3,759 meters beneath the waves. It makes China the fifth country, following the United States, France, Russia, and Japan, to have the technology for a submersible dive to more than 3,500 meters below sea level.

Designed to dive to a depth of 7,000 meters, Jiaolong set a diving record of 7,062 meters in the Mariana Trench in June 2012. It has the world's leading hovering and automatic driving functions, as well as a locating ability at a designated diving zone.

The development of China's 10,000-meter manned submersible began in 2016 before the Deep Sea Warrior was launched. Fendouzhe adopts a safe and powerful energy system, an advanced control system, and a positioning system. Its cabin and buoyancy materials are more pressure-resistant compared with its predecessors.