TECH Factbox: Fruits of Chang'e-4 probe on moon's far side in two years

Factbox: Fruits of Chang'e-4 probe on moon's far side in two years

BEIJING, Jan. 4 (Xinhua) -- China's Chang'e-4 probe, including the lander and the rover, has worked on the far side of the moon for more than two years. The rover Yutu-2, or Jade Rabbit-2, has traveled more than 600 meters. 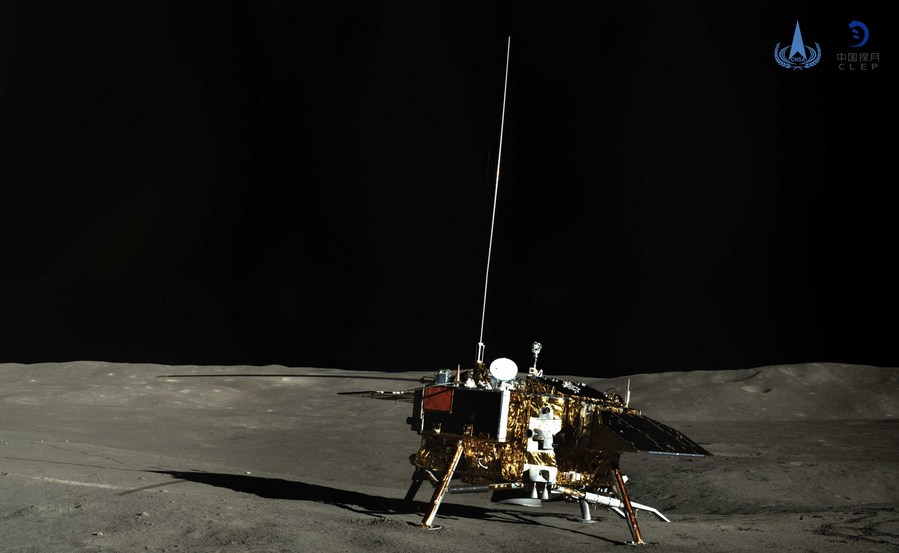 Here are some facts about the Chang'e-4 probe and scientific findings during its two years on the moon's far side.

● The rover Yutu-2 has far exceeded its three-month design lifespan, becoming the longest-working lunar rover on the moon.

● The rover Yutu-2 has found materials from deep inside the moon that could help unravel the mystery of the lunar mantle composition and the formation and evolution of the moon and Earth.

Using data obtained by the visible and near infrared spectrometer installed on Yutu-2, a research team from the National Astronomical Observatories of China (NAOC) under the Chinese Academy of Sciences, found that the lunar soil in the landing area of the Chang'e-4 probe contains olivine and pyroxene which came from the lunar mantle deep inside the moon.

The discovery was published in the journal Nature in March 2019.

● A research team from the NAOC used the Lunar Penetrating Radar (LPR) on Yutu-2 to send radio signals deep into the surface of the moon, reaching a depth of 40 meters by the high-frequency channel of 500 MHz -- more than three times the depth previously reached by the Chang'e-3 lunar probe, which was sent to the near side of the moon at the end of 2013.

This data allowed the researchers to develop an image of the subsurface stratigraphy of the far side of the moon. The study was published in the journal Science Advances in February 2020.

● Based on data from China's Chang'e-4 probe, Chinese scientists have determined the thickness of the regolith and revealed the fine subsurface structures and evolutionary history of the probe's landing site on the moon's far side.

The study revealed that the landing area of the probe, located within the largest and oldest impact basin on the moon, had experienced multiple impact events and basalt magma eruptions.

The study showed that the materials detected by Yutu-2 come from the nearby Finsen impact crater rather than the basalt erupted from the lunar mantle, which filled the bottom of the Von Karman Crater.

The study was published in the journal Nature Astronomy in September 2020.

● Through the probe's detection of ejecta, scientists found that the characteristics of mafic components in the South Pole-Aitken basin are similar to remote sensing results.

The mafic components in the soil and boulders around the probe's landing site are mainly clinopyroxene and are consistent with rapid-cooling magmatic systems. The materials at the landing site are probably recrystallized from impact melt settings.

The research provides a scientific basis for understanding mafic anomaly in the South Pole-Aitken basin of the moon. The research was published in the journal Science China Information Sciences in March 2020.