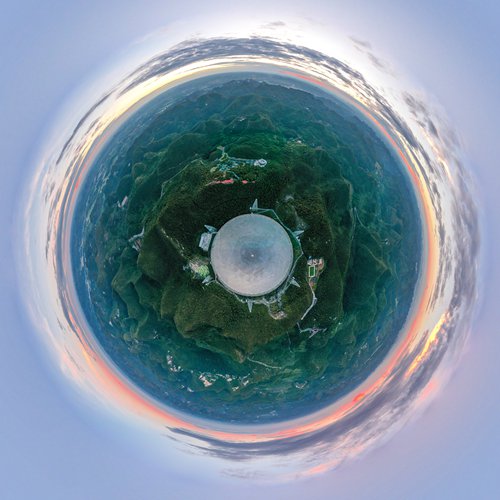 Scientists are not sure yet what kind of celestial body it comes from, nor do they know its distance from us, said Qian Lei, associate researcher at the National Astronomical Observatories of the Chinese Academy of Sciences.

Rapid bursts are usually short and intense, far less numerous than pulsars, and such a repetitive burst is even less common, according to Qian, also head of the "China Sky Eye" observation program.

"We hope to find out the nature and potential laws of the repeating fast radio burst by studying its pulses statistically," he said.

Chinese scientists believe more detection and research may help clarify the origins and physical mechanisms of the so-called "mysterious signals from deep space."

Li Di, a scientist with the National Astronomical Observatories, has told Xinhua that FAST was expected to discover dozens of new fast radio bursts after installing a 19-beam receiver to carry out simultaneous surveys of multiple scientific targets.

Located in a naturally deep and round karst depression in southwest China's Guizhou Province, the world's largest single-dish radio telescope has identified 96 new pulsars since October 2017.