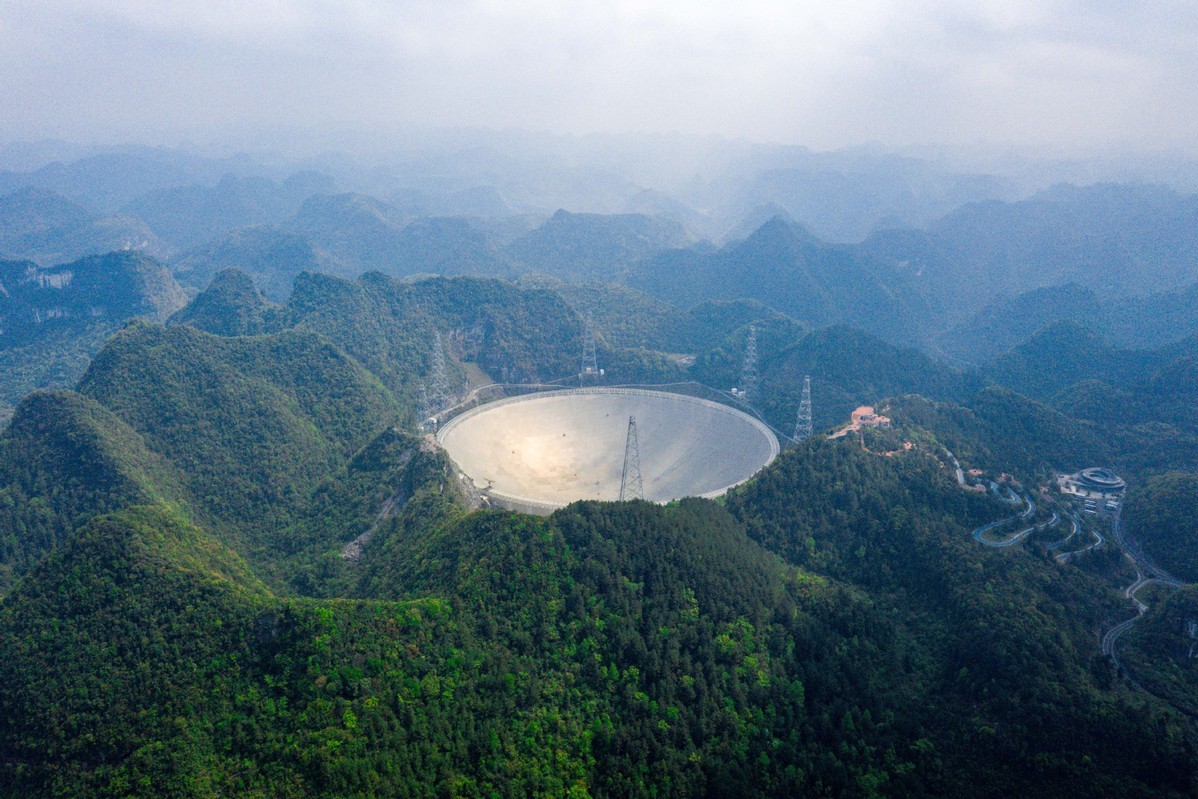 BEIJING - Chinese scientists have found the first evidence of three-dimensional (3D) spin-velocity alignment in a pulsar with the help of the world's largest radio telescope.

Based on observations of China's Five-hundred-meter Aperture Spherical radio Telescope (FAST), a research team led by the National Astronomical Observatories (NAOC) under the Chinese Academy of Sciences studied the supernova remnant (SNR) S147.

The discovery, published in the latest issue of the journal Nature Astronomy, sheds light on unraveling the mystery involving the origin of pulsar spins and marks the beginning of in-depth pulsar research using FAST.

For decades, scientists have found observational evidence for spin-velocity alignment in young pulsars. The relationship between pulsars' spin axis and spatial velocity vectors, however, has largely been restricted to a 2D sky plane perpendicular to the line of sight, due to the hardship in constraining radial velocity.

Focusing on PSR J0538+2817 in the SNR S147 and through the scintillation technique, the researchers obtained its radial location with respect to the SNR boundary and its radial velocity for the first time.

"We got the 3D velocity by combining the transverse velocity measured before," said Yao.

The polarization analysis made it possible to determine the direction of the 3D spin axis. The best-fit angle between these two vectors was found to be about 10 degrees, which is the first such measurement in 3D.