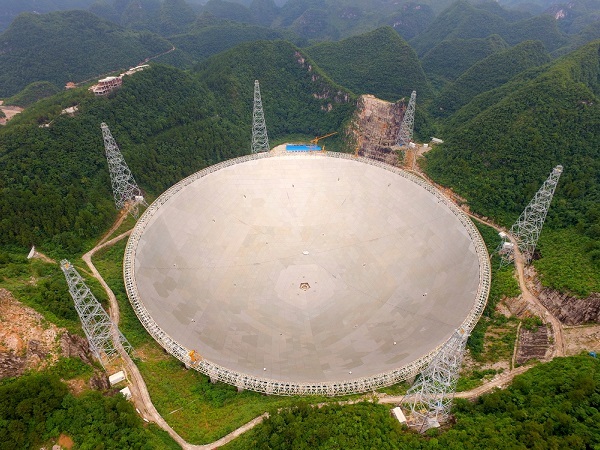 China's Aperture Spherical Telescope, known as FAST, the world's largest single-dish radio telescope, has identified 114 new pulsars since its trial operation began in September 2016, according to the FAST Operation and Development Center of the National Astronomical Observatories of China.

FAST has carried out nearly 1,000 hours of observation from Jan 1 to March 23, and operated normally during the novel coronavirus epidemic.