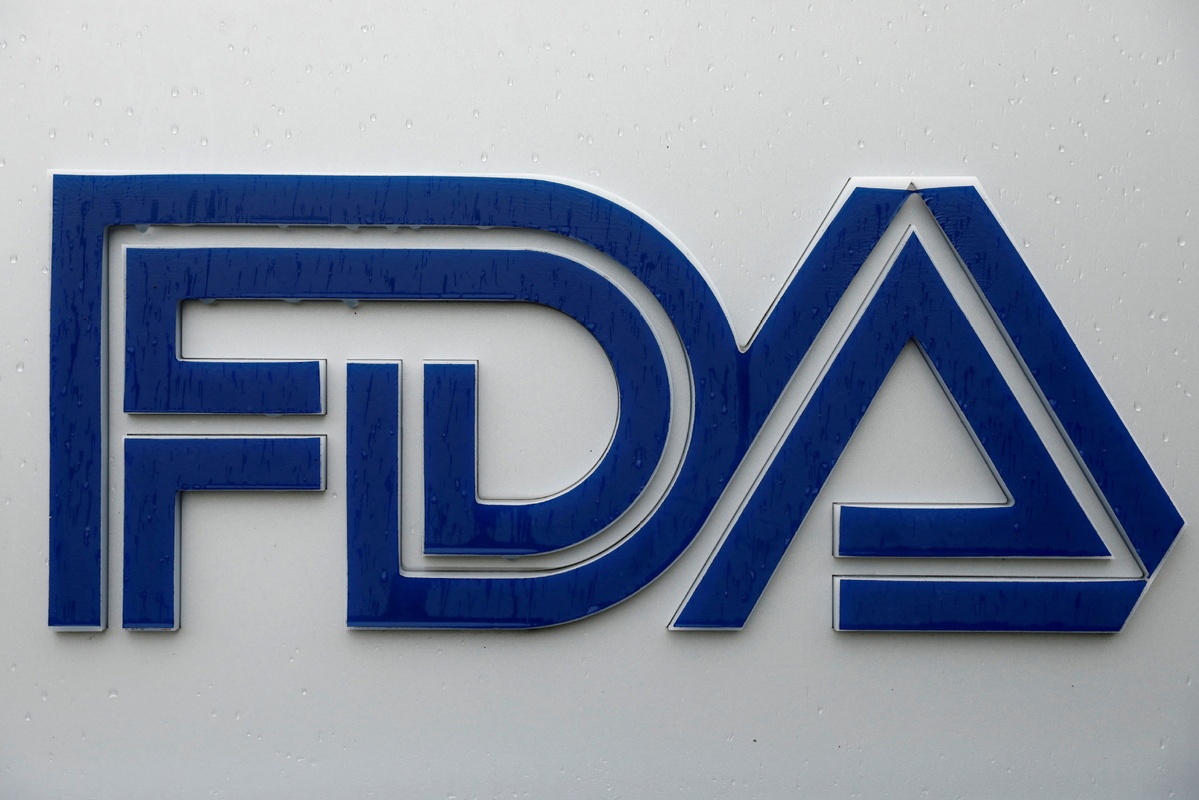 Signage is seen outside of the Food and Drug Administration (FDA) headquarters in White Oak, Maryland, US, August 29, 2020. (Photo: Agencies)

June 23 - The US Food and Drug Administration said on Wednesday it will add a warning about rare cases of heart inflammation in adolescents and young adults to fact sheets for the Pfizer/BioNTech and Moderna COVID-19 vaccines.

US Centers for Disease Control and Prevention (CDC) advisory groups, meeting to discuss reported cases of the heart condition after vaccination, found the risk in adolescents and young adults is likely linked to the vaccines, but that the benefits of the shots appeared to clearly outweigh the risk.

Moderna shares were down nearly 4%, while Pfizer was off 1.3% in late afternoon trading.

Health regulators in several countries have been investigating whether the Pfizer/BioNTech and Moderna shots using new mRNA technology present a risk and, if so, how serious.

The CDC said that patients with heart inflammation following vaccination generally recover from the symptoms and do well.

The US Department of Health And Human Services, joined by leading US doctors groups and public health officials, put out a statement underscoring that the vaccines are safe and effective and that the heart side effect is "extremely rare."

"We strongly encourage everyone age 12 and older who are eligible to receive the vaccine under Emergency Use Authorization to get vaccinated," it said.

Concerns about the more highly transmissible Delta coronavirus variant taking hold in the United States, and its impact on younger people, have added to the urgency to increase vaccinations.

Doctors and hospitals have been warned by the CDC to watch for symptoms of myocarditis or pericarditis, and the FDA warning will further raise awareness.

"Based on the available data, a warning statement in the factsheets for both healthcare providers and vaccine recipients and caregivers would be warranted," FDA official Doran Fink said at the advisory committee meeting.

Fink, deputy director of the agency's vaccines division, said the FDA expects to move quickly to add the warning after the meeting concludes.

The cases of heart inflammation appear to be notably higher in the week after the second vaccine dose and in males. The CDC identified 309 hospitalizations from the heart inflammation in persons under the age of 30, of which 295 have been discharged.

Dr. Tom Shimabukuro, deputy director of the CDC's Immunization Safety Office, said in a presentation that data from one of the agency's safety monitoring systems - Vaccine Safety Datalink (VSD) – suggests a rate of 12.6 cases per million in the three weeks after the second shot in 12- to 39-year-olds.

"We're observing this in the younger age groups, mainly in people in the teens and early 20s, and observing it more in males, compared to females," Shimabukuro said. "This effect, largely kind of disappears once you get into these older age groups - individuals 50 and over."

The CDC has been investigating heart inflammation cases mainly in young men for several months. The Israeli health ministry earlier this month said it saw a possible link between such cases and Pfizer's COVID-19 vaccine.

The CDC said it was still assessing the risk from the condition and did not specifically confirm a causal relationship between the vaccines and the heart issue.

It did, however, say that a much-higher-than expected number of young men between the ages of 12 and 24 have experienced heart inflammation after their second vaccine dose.

According to data from the US Vaccine Adverse Event Reporting System (VAERS), there were 347 observed cases of heart inflammation in the week after the second vaccine dose in males aged 12 to 24. That compares with expectations of 12 or fewer cases for males in that age range based on US population background incidence rates, the CDC said.

Pfizer, whose vaccine has been authorized for use in Americans as young as 12, previously said it had not observed a higher rate of heart inflammation than would normally be expected in the general population.

Moderna said it is aware of reports of heart inflammation cases following administration of mRNA vaccines. It said it is working with public health and regulatory authorities to assess the issue.

Over 138 million Americans have so far been fully vaccinated with one of the two mRNA vaccines, according to CDC data as of Monday.