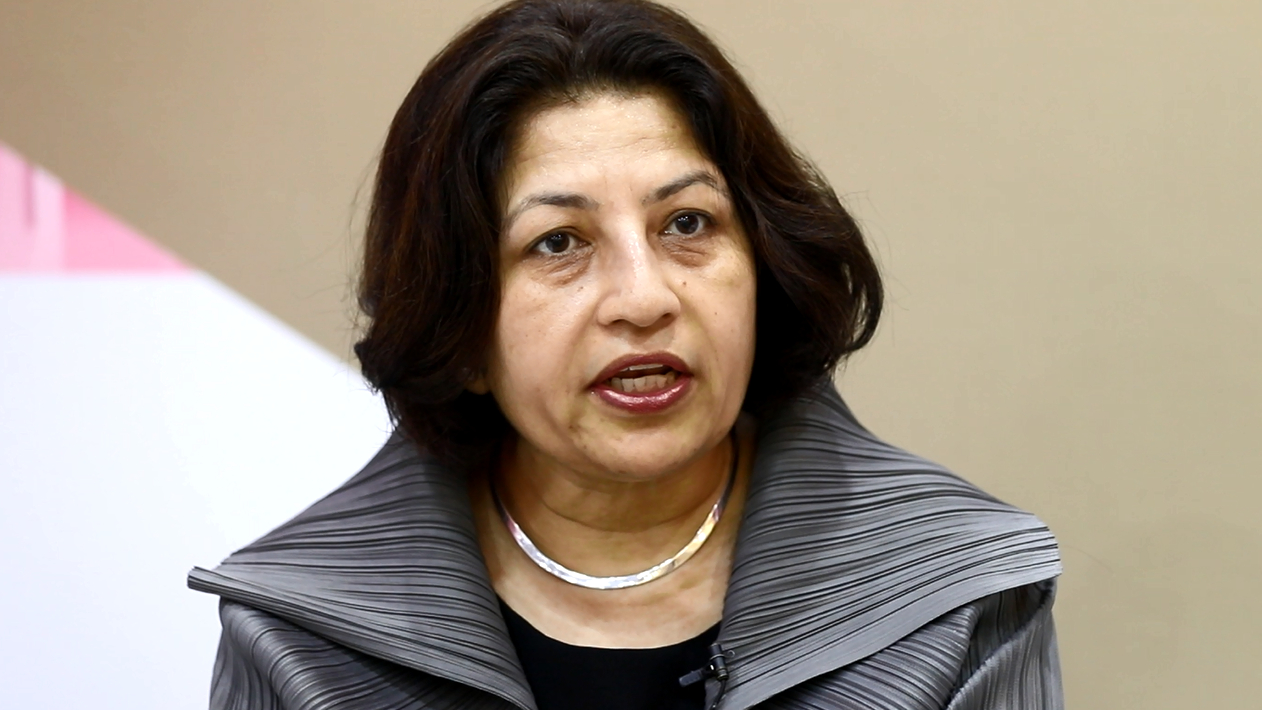 China is a global leader when it comes to its business-to-consumer fintech sector, although it still has some catching up to do in other areas of financial technology, industry expert Anju Patwardhan told CGTN on the sidelines of a finance forum at Beijing's Tsinghua University.

Patwardhan, who is managing director of CreditEase Fintech Investment Fund and was previously a traveling scholar at Stanford University specializing in fintech, also said that she expected big tech companies to pose the biggest challenge to the sector in the near future.

The rapid rise of smartphone technology has contributed to the development of fintech, particularly in China, which has an online population of more than 800 million.

Mobile technology, along with advances in cloud computing, has meant it “has become possible for companies to offer financial products and services to people in far-flung places,” Patwardhan told CGTN.

China has seen particularly strong growth in B2C fintech services, thanks to a number of factors. Patwardhan pointed to fintech companies filling a gap where large banks previously focused on corporate finance and state-owned enterprises, rather than on retail banking.

B2C fintech companies in China were also aided by what Patwardhan described as “implicit regulatory support,” with industry authorities allowing the firms' development to continue without many barriers.

While China “is probably the best in the world” when it comes to consumer-facing B2C fintech, other countries have made advances in the B2B sector, with technology being used to make traditional banks and financial institutions more efficient. Patwardhan said that China, in this regard, “is just about starting, and still behind other countries.”

While many may assume that fintech and traditional banks are in direct competition with each other, Patwardhan suggested that the two sectors were in fact in a “symbiotic relationship,” with the real threat to both coming from big tech companies.

Citing examples such as Google and Amazon launching pay services in India, or Facebook's recently announced plans to establish a cryptocurrency, Patwardhan said that big tech firms already had large customer bases, deep pockets and benefited from being in a regulatory grey area – with authorities unsure which body or which country was responsible for oversight of such companies.

When it comes to regulation of the fintech sector, Patwardhan said that authorities often found themselves “somewhat behind,” with the industry moving ahead thanks to technology like artificial intelligence, machine learning and blockchain.

Patwardhan said that in future, authorities would need to act with “proportionate regulation,” saying that any measures over the sector would have to be in line with “financial stability and overall systemic risk,” while adding that “you cannot apply the same kinds of regulations on banks and fintech companies, they have to be differentiated.”