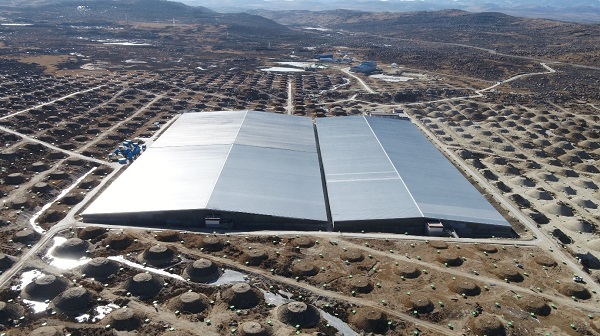 Photos: Institute of High Energy Physics of the Chinese Academy of Sciences

BEIJING, Jan. 7 (Xinhua) -- The first detector array at the Large High-Altitude Air Shower Observatory (LHAASO), sitting 4,410 meters above sea level, has been built and put into operation in the wilderness of Daocheng, southwest China's Sichuan Province.

According to the Institute of High Energy Physics (IHEP) of the Chinese Academy of Sciences (CAS), the water level at the No.3 pond has reached the required standard, which means the construction of the Water Cherenkov Detector Array (WCDA) has been completed. 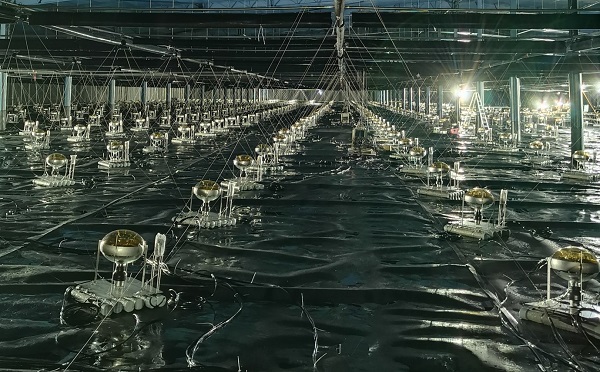 In the pond, water Cherenkov detectors are installed to form an array and are submerged in strictly purified water. Transparent pure water allows the detectors to clearly catch the signals generated by high-energy particles.

The WCDA, comprising three ponds, has 3,120 detector units and 6,240 photosensitive probes. It is like pulling up a "sky net" on the plateau to observe the light produced by the particles in the water.

Cao Zhen, a chief scientist of LHAASO and researcher at the IHEP, said that worldwide the effective detection area of the WCDA at LHAASO is four times larger compared to the next-largest device of its kind. It can detect gamma-ray bursts, fast radio bursts, gravitational wave electromagnetic counterparts and other high-energy radiation signals with transient characteristics inside and outside the galaxy.

Besides the WCDA, LHAASO is designed to have wild-field Cherenkov telescopes, muon detector array and electromagnetic particle detector array, which are expected to make it a world-renowned cosmic ray research center. 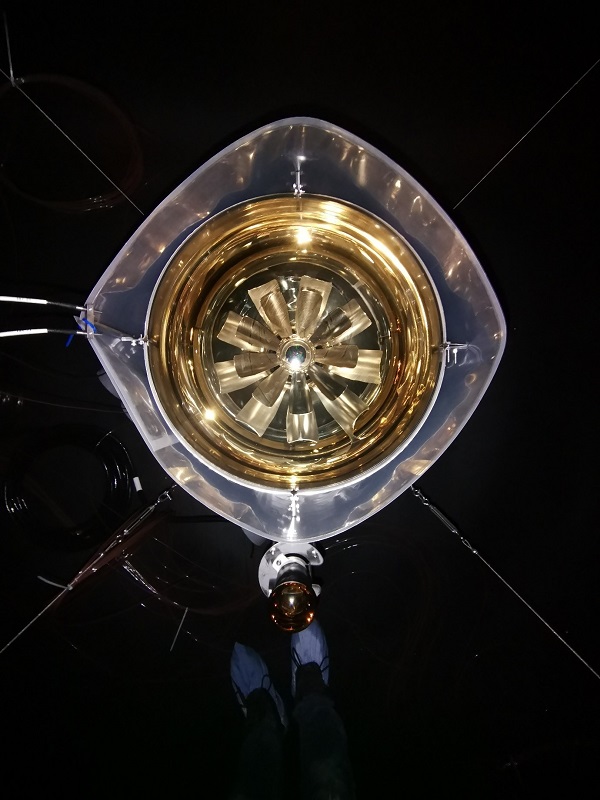 Discovered in 1912, cosmic rays are still largely an enigma. They are direct samples of matter from outside the solar system. Physicists are still pondering where they come from and how they can be accelerated to ultra-high energies.

Since most cosmic rays are charged, their paths through space are deflected by magnetic fields. On their journey to Earth, the magnetic fields of the galaxy, the solar system and Earth scramble their flight paths so much that we are unable to know exactly where they came from.

Many countries have invested heavily in the study of cosmic rays. China, the United States, Russia, Japan, Germany and other countries have established observation stations.

Daocheng was chosen to build the new-generation cosmic ray observation base due to its high altitude, convenient transport, stable power supply and sufficient water resources.

Infrastructure construction started in July 2016, and the building of the observatory officially began in June 2018. The main objective of LHAASO is to search for the origin of cosmic rays and study their acceleration and transmission mechanisms.

According to Cao, the LHASSO project has drawn world attention. Some scientists and international research teams have expressed the desire to conduct cooperation and joint observation with LHASSO.