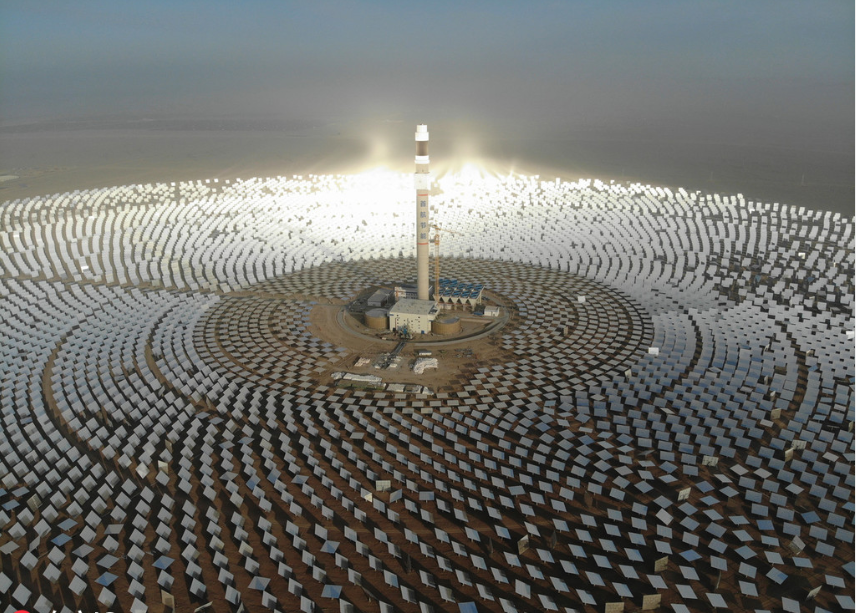 Nearly 20 hours of operating records on Monday show the systems at the power plant have been normal and stable. The facility also set a new record by generating over 1.8 million kilowatt-hours of power day and night, with all indicators suggesting it has reached or exceeded its designed values. This marks another important step after the plant created 1.67 million kWh of power over 34 hours of continuous operations in mid-April.

Huang Wenbo, vice-chairman of Beijing Shouhang, said the power plant has withstood the test of running under the harshest environmental conditions in different seasons, which means it can be widely used in northwestern areas.

The power plant, also called the "super mirror power plant", works by using 12,000 mirrors that concentrate the sunlight onto a receiver at the top of a solar tower, which then heats the molten salt. It is designed to generate 390 million kWh of power annually, which can reduce carbon dioxide emissions by 350,000 metric tons per year. That's equivalent to the annual environmental benefit derived from 667 hectares of forested land.

According to the report, the power station, which can supply 24 hours of continuous power at full capacity, has provided a strong technical foundation for the development of domestic companies, both at home and abroad. It has also allowed China to become one of the few countries in the world to master the core technology of megawatt molten salt thermal power stations.