SHANGHAI, Aug. 6 -- China's C919 passenger airplane will enter into a new phase of intensive test flights in the second half of this year, according to the Commercial Aircraft Corp. of China (COMAC).

A total of six prototypes of the jetliner model will be put to the intensive test flight missions with two more aircraft set to join the fleet, said the developer.

On Aug. 1, the fourth C919 prototype completed its first test flight mission. It took to the sky over Shanghai Pudong International Airport and underwent various inspections and system checks during the flight of one hour and 25 minutes.

These flight tests are a key verification phase for an aircraft model to validate its design and performance, especially its safety aspects. 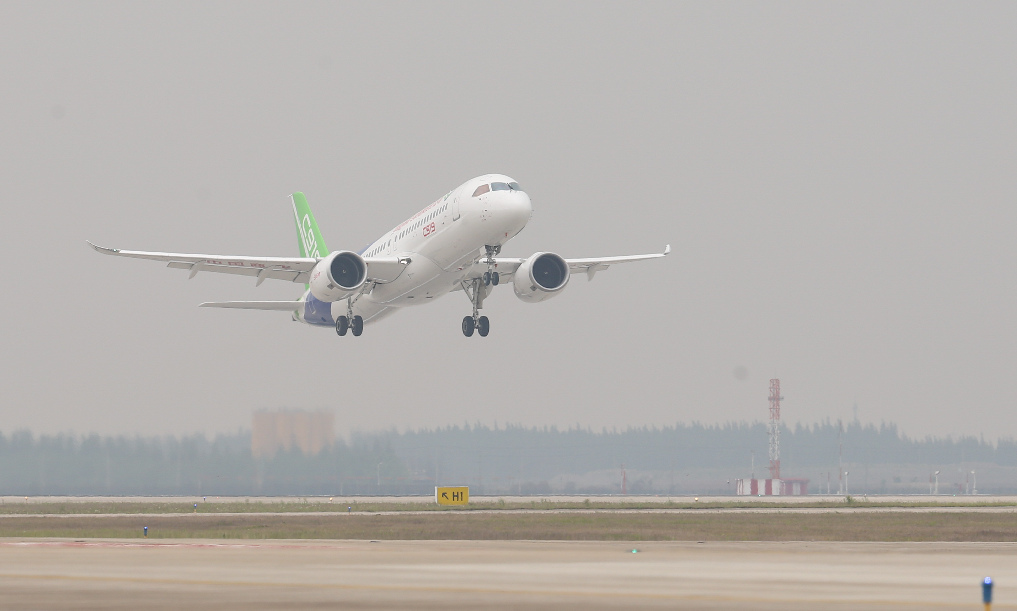 China's homegrown large passenger plane C919 made its maiden flight in Shanghai on May 5, 2017. (Xinhua/Ding Ting)

To date, the COMAC has received 815 orders for the C919 planes from 28 customers worldwide.

The C919 airplanes will fly to various airports to undergo rigorous testing in complex weather conditions and a series of high-risk test flights, according to COMAC.

COMAC will facilitate the test flight activities of the C919 project in multiple bases around the country, covering Yanliang, Dongying, Nanchang and Shanghai.