TECH Foldable smartphones might not be the future: experts 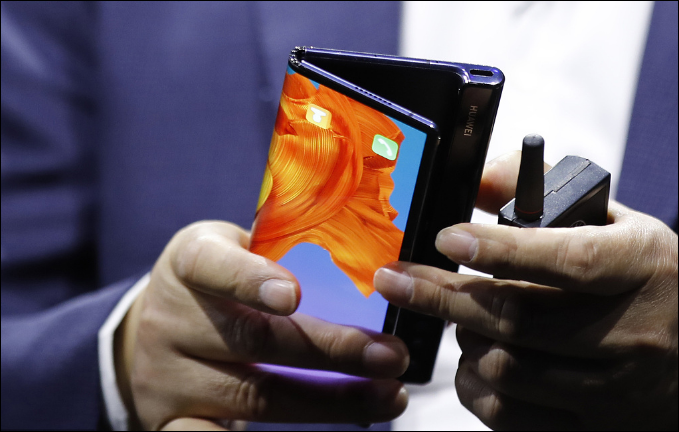 Some media outlets have described foldable smartphones with so many sweet words as if they were a technological breakthrough. Unfortunately, they are not. The technology of foldable displays were invented as early as 20 years ago in a quite easy way — By replacing the glass that supports the display with foldable organic materials. Such displays can not only fold, but also curve.

Concerning the foldable screens of Huawei and Samsung, they have better displays with higher density rate and clearer, more stable display performance, but in essence they are still using the same technology. Therefore, foldable smartphones are more like a consumption-led innovation rather than a technology-driven breakthroughs. Although among the two, the Huawei Mate X is more practical than Galaxy Fold because the latter is folded inward to lower the risk of breaking apart while falling down, which is not so useful when breaking-glass insurance is popular.

More importantly, the "new" foldable smartphones are hardly of any practical use. Of course, one can easily double the display of the foldable smartphone by unfolding it so it has the size of an iPad, but that’s all. In plain words, the foldable display enables users to combine a tablet and a smartphone into one. There might be more uses in the future, but at least not for now.

Wu Shuyuan, a senior analyst at Sigmaintell, a company specialized in display analysis

Samsung Fold and Huawei Mate X are both foldable smartphones, but they differ greatly in terms of design. The former is folded inward while the latter is folded outward, and each has its advantages and disadvantages.

Samsung Fold looks not so perfect from the outside because the camera must not be covered during the folding, while the battery is also thicker. Huawei Mate X looks better, but its display is not protected as well as that of Samsung Fold and faces higher risk of breaking should the phone be dropped.

The two share one thing in common, namely a high price — Both are rather expensive. The Samsung Fold is priced at $1,980 while the Huawei Mate X is priced at 2,299 euros ($2,606). The high price will quite seriously limit the marketing of the two products and make them the luxuries of rich people only.

Yet both Huawei and Samsung have invested huge resources in the research, publicity, and marketing of foldable smartphones. There are two main causes for that. First, smartphones are already so developed that there is hardly any new space for innovation. The iPhone 4 miracle of Steven Jobs can hardly be repeated in the near future, so both companies need to show the world that they are innovating.

Second, foldable displays need special materials that are quite scarce in the market, so neither of the two companies can afford to wait for the other to rise. Both need to keep the market in a balance so as to ensure its own share of products.